There is no doubt that Zedd is having a big year, so why not spread the love around? Tonight, ticketless fans in Manila, Philippines were given a second chance to catch the Grammy nominated phenom. Through a statement on his Facebook account, Zedd released 500 tickets to anyone who showed up with a box full of canned goods. The box size was not defined, but one could imagine there was a run on local markets for canned goods this evening.
UPDATE: Here’s how much food Zedd collected! 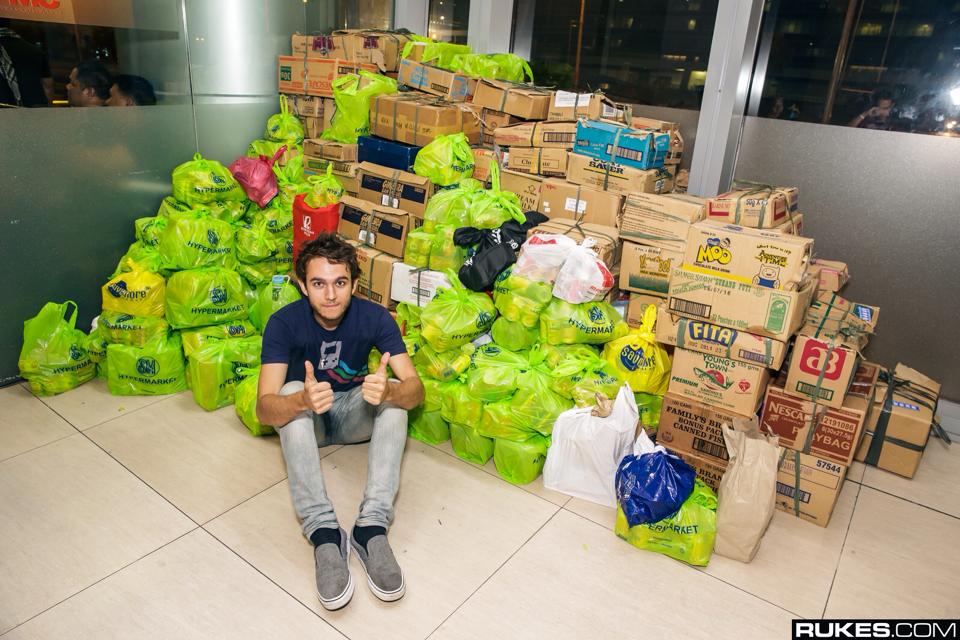 Aside from the benevolent endeavor of releasing tickets in exchange for canned goods, Zedd had already offered to donated the profits of the show to charity. This was a grand display of altruistic efforts by  a man who tonight, set a compassionate precedent for all EDM performers.