by Your EDM Staff
in EDM News, Release

Holy ship 2014 has now released their official 4 day schedule. The pre-party starts on Wednesdays at Story Nightclub in Miami with Oliver, Destructo, and Zedd. Thursday is the official kick off party on the ship and with a jam packed schedule that goes on till 6 am. Day one on the ship consists of acts from TJR, Flume, Laidback Luke, Skrillex, Breach, GTA, and much more. It’s partying like you are in Vegas, but voyaging off to the beautiful and sunny Bahamas instead. 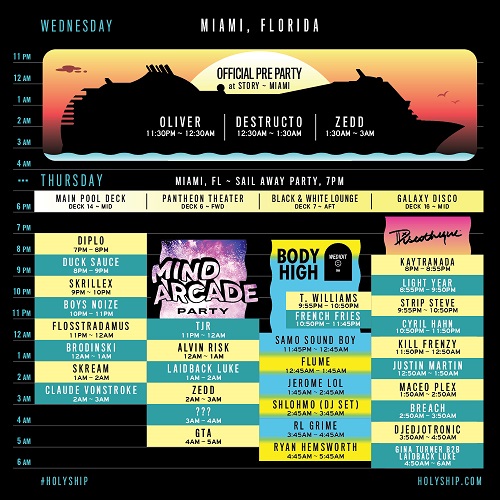 The party does not stop as you arrive to your first destination at the Great Stirrup Cay for your first private island party. Friday’s island party will be with Gorgon City, Destructo, Armand Van Helden, Disclosure (DJ Set), and Boys Noize. Then the mayhem returns to the ship for a Pirate Theme Night that will be raging with Flosstradamus, Clockwork, Zeds Dead, Gina Turner, and many more. 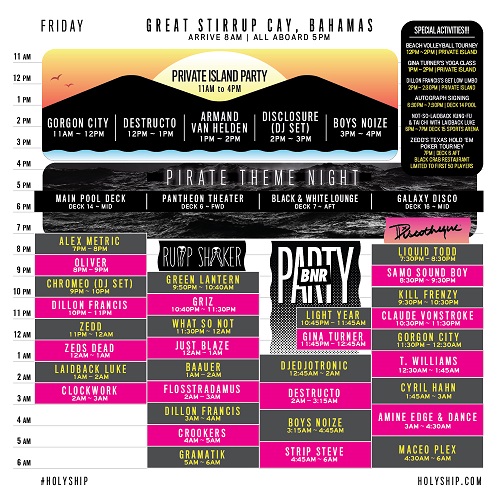 Second island destination will be at Coco Cay with acts of Ryan Hemsworth, A-Track, Dillon Francis, Pharrell Williams, Diplo, and Skrillex. Then will all aboard back on the ship one last time for a Disco Fever Theme party with Crookers, Skream, Just Blaze, RL Grime, and Baauer. Holy Ship 2014 will be an insane 4 days of nonstop partying on and off the ship, an experience you will never forget. Which artists are you excited to party with? 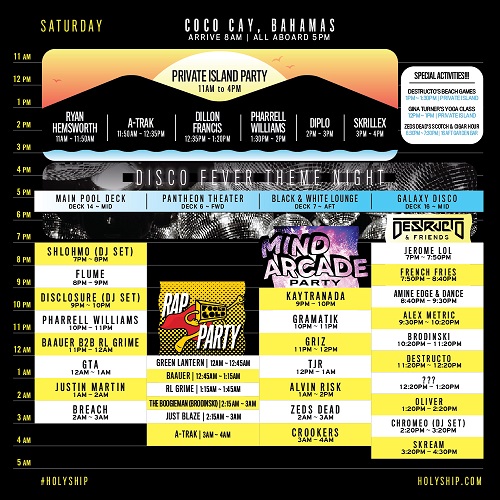