New Year’s Eve is finally upon us and with it come all the nationally broadcasted NYE specials that air on most major TV networks. Whether you were spending the evening with Dick Clark on ABC or Carson Daly on MTV, watching one of these specials with some family and friends has always been a great way to ring in the new year. Typically these specials feature performances from the biggest names in music such as Macklemore and Ryan Lewis, Mariah Carey, Billy Joel and more; considering how big of a year 2013 was for Krewella (this past Halloween they became the first EDM act to perform on Good Morning America), it’s no surprise that they’ve been tapped to perform on FOX’s “New Year’s Eve Live” along with J. Cole, New Politics and Panic! at the Disco.

I’m very curious to hear what songs they’re going to drop on national TV; I have a really good feeling “Enjoy The Ride” will be one of them since playing it in front of such a large audience would certainly be great exposure for the track they think will be their next big radio hit. Personally I’d love the see them use this opportunity to drop some of their heavier bass music tracks like “We Go Down” or “This Is Not The End” but we all know those don’t have the same mainstream appeal as their house tracks; I’m pretty sure they’ll end up taking the safer route since this is such a huge moment for them being in the national spotlight once again. 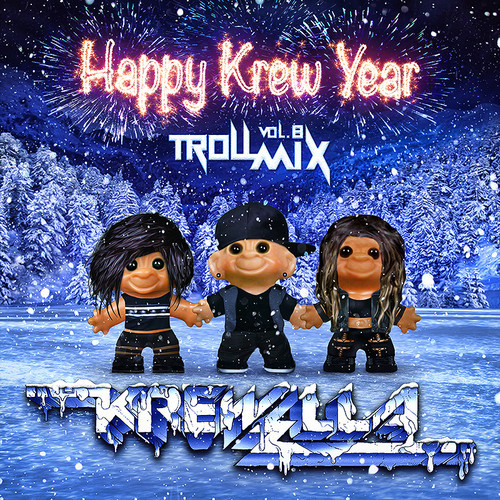 As another way of celebrating the new year, or krew year depending on who you’re talking to, Krewella released the 8th installment of Troll Mix series. After an extremely dubstep/dnb heavy mix last time around, the Krew went for a more trap/house-oriented mix with a hint of dubstep/dnb for a change of pace. Check the mix out below and dont’ forget to download it free! Happy Krew Year everyone, here’s to an even bigger year in 2014 for one of the hottest acts in EDM!

The Duo TNGHT Calls It Quits

The Duo TNGHT Calls It Quits