by Your EDM Staff
in EDM News, Video, Worth Sharing

Michelle Knight, Jahan and I on stage last night in the middle of a snow storm in down town Cleveland. This was Michelle’s first NYE following her ten year long kidnapping ordeal at the hands of Ariel Castro. Our whole team was blown away by her abundance of friendliness, poise and confidence considering the unimaginable horrors she endured over the last decade. She is truly a role model human being, a beacon of resilience who exemplifies the most amazing qualities that we as people strive for. Looking forward to 2014, I think all of us would to well to learn a little something from Michelle’s example and hopefully that will reflect positively in our own lives. Happy New Year! – Miles Evert, Krewella’s Videographer

Between 2002 and 2004, Cleveland Resident Ariel Castro kidnapped three women and held them all captive until they were discovered this past year. Kidnapped when she was 21 years old, Michelle Knight was Castro’s very first victim. Last night, Krewella brought Michelle up on stage to help ring in the new year during their free show at the “Cleveland Rocks” NYE celebration hosted by Drew Carey. Braving a heavy blizzard, Jahan, Yasmine, and Rain Man opened up their hearts to this tormented soul and helped make her first New Year’s Eve celebration in over 11 years a night she’ll remember for the rest of her life. 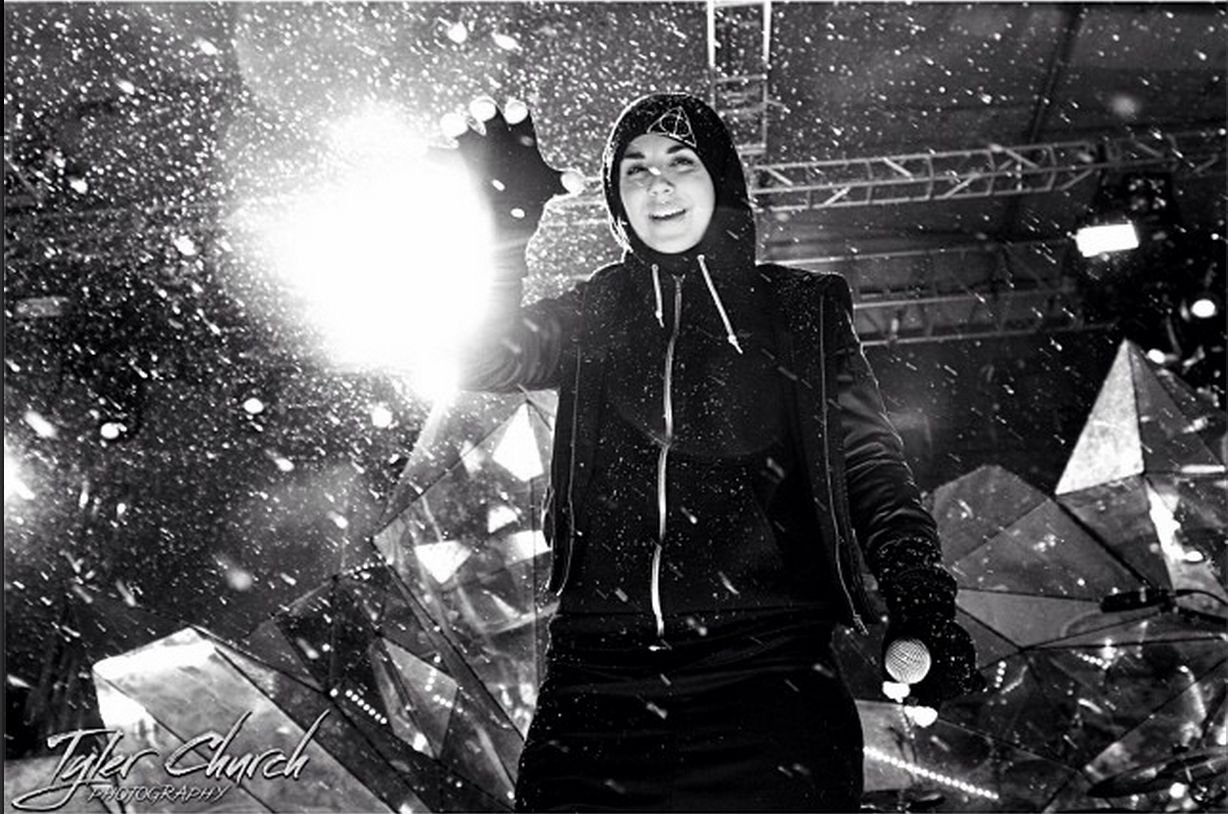 Regardless of how you feel about their music, you can’t deny Krewella’s devotion to the EDM scene and society as a whole. Ever since their sudden rise to superstardom, they’ve done nothing but promote positivity and love (e.g., donating half of the proceeds from their show in Boston two days after the tragic marathon bombings to charity and their music videos for Legacy and United Kids of the World) and isn’t that what this scene is all about in the first place? During a time of year where we all take a good look at ourselves to think about the things we could’ve and should’ve done differently, it’s moments like these that remind us what it truly means to be alive.

Skrillex and Flume Join Forces in the Studio