It’s always difficult to report news such as this one. We claim to respect one another, to support caring, unity and love, and yet, every festival season at every event, something like this happens. We claim to be proponents of such ideal ideologies, but when it’s all said and done, some of us may be some of the biggest hypocrites around. What happened on the first day of this year’s Ultra Music Festival is a prime example of that hypocrisy. Ultra Music Festival fans who were not in possession of tickets attempted to break into festival grounds illegally and forcefully by pushing the barriers surrounding the event. 28-year-old Contemporary Services Corporation guard, Erica Mack, did what she was supposed to do; she approached the barricade and told the party crashers to step away. In response, the fans crashed the fences, falling on the private guard and trapping her underneath as she was trampled by reckless individuals. Erica is now in “extremely critical” condition with severe brain hemorrhaging at the Jackson Memorial Hospital.

“A mob of people came and started rushing the gate and started pushing it,” Miami Police Lieutenant Ignatius Carroll told the Miami New Times. “She was doing what she was supposed to do, telling them to stop, when they pushed it down and it fell on top of her. . . They just trampled her.”

As a result, the Miami police homicide unit is now involved and seeking witnesses of the incident. 22 individuals have already been arrested Friday night, 15 of those on felony charges.

According to the Miami Herald, the incident could have been prevented. Ultra Music Festival promoters were notified by Miami police that the event needed more fencing. Despite being informed, no additional fencing was added.

Miami Mayor Tomas Regalado told the Miami Herald that he felt the promoters “acted irresponsibly” and then stated:

“I think we should not have Ultra next year here. This incident should never have happened.”

For events such as Ultra Music Festival to keep on occurring, we must act more responsibly. While not everyone attending these events are as irresponsible as those mentioned here, it is still critical that we improve the way we act, especially when the media and politicians are all looking for the smallest of things to destroy what we have in this scene. If anything else happens throughout the remainder of the festival, it’s very likely that Ultra won’t be back next year, at least not at Bayfront. 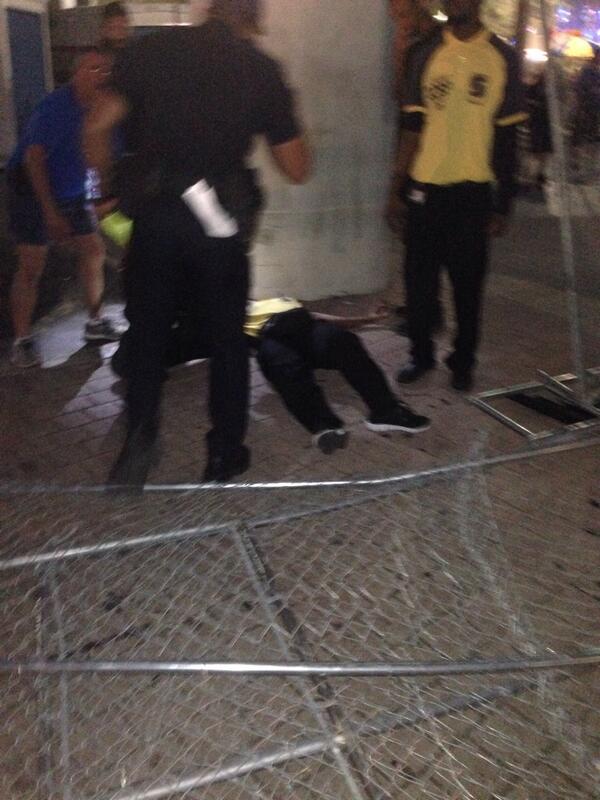 Songza Partners With The Weather Channel For Climate-Based Playlists