Women of EDM Don’t Exist Just for the Men

by Brett Edgerly
in Editorial, Editorials

I’ve been fairly busy the last couple months. Between holding down a job, going to school full time, and working with a non-profit among other projects, I rarely get the time to write for Your EDM. That is, unless I find something that’s completely awesome or totally asinine, I’m pretty much relegated to watching from the sidelines. However, I stumbled across an article, entitled ‘Why Women Keep EDM Alive’, that needs a full five finger slap to the back of the head.

Given the title, you’d probably assume that this is one of those pieces that pops up every now and again bemoaning the presence of social inequalities in a subculture of a larger culture that, not surprisingly, operates on those same inequalities. It goes without saying that this topic has been beaten to death, revived, and then just for good measure, beaten to death again. However, this article had a little bit of a different take on the whole “women in EDM deserve the same respect as their male counterparts” argument. In fact, it suggests that EDM needs women because… *drumroll*… otherwise it’s a sausage fest. Wait, what? Ok, no. Fair enough… Maybe I’m just misunderstanding this guy’s point… Let’s read on.

“DJs are completely aware of this as well. For example, our beloved friend Diplo shouts out to all the ladies and plays dozens of tracks that are so blatantly made to appeal to the female audience in every single set. They are such an essential compound to the party world that they typically don’t even have to pay to get in. This means the fact that they are a woman is more important than money. Let that marinate for a second.”

And marinate it has. Despite the fact that this article was posted on April’s Fools Day, I’m pretty sure it’s legit. At least to me, this seems less like a shitty April Fool’s Day Joke and more like a guest article from a ham-fisted Duke Lacrosse player. But, regardless of your ability (or lack thereof), to write a cohesive argument, I’m a proponent of the idea that everyone deserves a chance to have their opinions heard and considered.

“When we step back and take a closer look, it becomes more and more apparent that without the ladies, none of this could really exist. The quality of a party is based on a very short list of requirements.

4. How many girls are there.

Why do we need the girls to be there? It’s simple: women are the most perfect thing on this planet right next to music.” 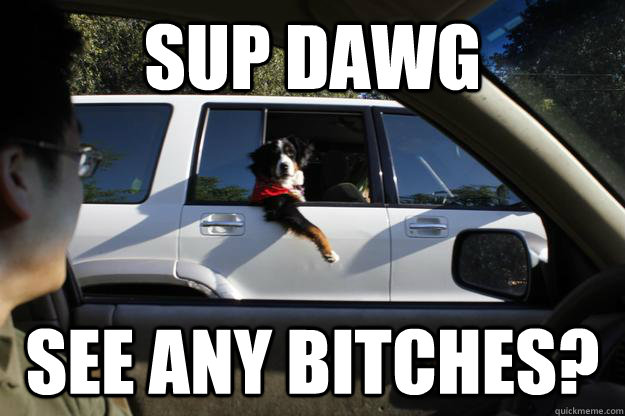 Well, I for one totally agree with the author’s argument. I mean we literally NEED women in EDM! Because obviously dudes aren’t going to look pretty and have tits – someone’s gotta do it, amirite ladiez? I mean, when you look at it from that standpoint, throwing a party seems pretty formulaic. However, that’s straight-up man math.

By that logic, girls would also only like to go to parties where there are lots of girls. I’m seeing some inconsistencies here. So, if women keep EDM alive by the virtue of simply showing up, what else do they have to offer electronic music other than the grace of simply existing?

“The grace and delicacy of a female voice is so overwhelmingly engaging that even now, five of the top ten tracks on Beatport feature female lead vocals (and this is consistent every single week of every single month). Not to mention the rise of female presence on the stage as well with marvelous artists such as Nervo, Annie Mac, Krewella, Gina Turner, Tokimonsta, Brazzabelle, and many many more who are making a statement in the music world.”

Well, first off, let’s go ahead and name some female artists because that gives the opinion some validity, right? This is sort of akin to telling a racist or sexist joke and then saying, “No, it’s cool, I’ve heard of Denzel Washington,” or “No, it’s cool, I have some friends that are girls.” Case in point, trying to pander with a few well-known female names isn’t going to work. Honestly, there are very few people who can play and win the “name ten female artists” game, and no, Nervo and Rebecca and Fiona don’t count as two each.

Furthermore, claiming the prevalence of female vocalists in dance music as evidence is asinine, especially in the top 10. Tell me then, how many weeks out of the year is a female artist, and not just the vocalist, sitting in the top 10? What sort of “statement” is that? That girls can do it, so long as they just sing pretty over a track produced by a Dutch guy? I’m guessing the author doesn’t exactly know what that sort of precedent would feel like to an aspiring female producer… Oh wait.

“I personally don’t know the exact feeling of being an aspiring female producer or DJ, but I can certainly imagine that it is a bit overwhelming and intimidating given the volume of male dominance. But ladies we need you to rise to your calling. We need you to follow your heart and create what you are passionate about. Who says that things have to stay the way they are? If you’ve read this far, it’s blatantly obvious that we NEED you. So disregard any past notions that you can’t make it in the music industry because you are a woman—if anything, it’s an advantage. Now go get ’em, girls!”

Well, I personally don’t know the exact feeling either, because I’m also a guy. But I can imagine it’s probably a bit off-putting when at one moment you are being thanked for living up to your expectations as eye candy and party favors, and the next you, are being told that you need to rise up to a calling?

But ladies c’mon, we NEED you to answer that call! The men of EDM literally NEED your gentle and ethereal voices! It’s really not that hard to make it in the music industry! Disregard that silly little notion that you’re just the solution to a sausage fest, you CAN do it!! Hell, the virtue of you being a woman is even an advantage, because as you can see, you are being taken seriously by people, like the guy who wrote that brain-dead article, for your, ahem, talents.