What the Festival?! Returns with Stunning Line-up for 2014

by Matthew Wolfe
in About, EDM News, Events, Featured, Tickets

Festival season is upon us! If you’re a festy-head like me, you’re probably starting to salivate over all the amazing line-ups being released as of late. And if you’ve had your fill of massive, rave-inspired events and are looking for something a little more outside the box, then one festival you NEED to keep in mind is What The Festival (WTF?!).

Located at the scenic Wolf Run Ranch in Oregon, WTF?! is sure to be an unparalleled experience for both the newcomers and festival veterans. While still fairly young, the festival has made fantastic impressions on its audiences and never fails to bring top-tier talent from genres across the board; this year’s line-up will feature the music of Washed Out, The Glitch Mob, Emancipator, G-Jones, What So Not, and many more! With stellar music, creative stage design, and a wealth of amenities large and small, What the Festival is definitely not a party you want to miss. Check out the rest of the line-up below and grab your ticket before they’re gone! 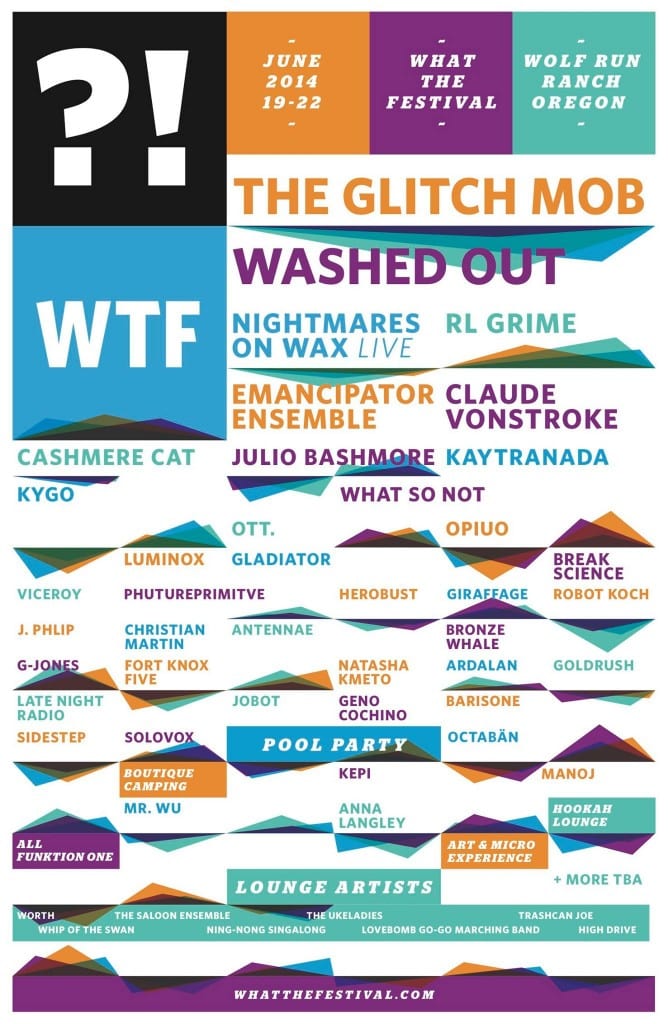