by Petey Mac
in EDM News, Events, Reviews, Worth Sharing

Go Hardwell or go home. That’s what I took away from Revealed Recordings 2nd annual North American Bus Tour that spanned the entire month of April, stopping at ten locations for ten excellent shows. Joining Hardwell were two other massive acts from good friends Dannic and Dyro who provided enormous energy, helping make this tour something fans will never forget.

Each venue these guys  hit was left in awe from their performances. I attended their infamous show at Rapids Theatre in Niagara, NY, where the supposedly “haunted” venue threatened Hardwell’s set. As you may know, halfway through his set his CDJ’s started to skip mysteriously and his mixer wouldn’t produce any sound. We were all mystified until Hardwell grabbed the mic, explained the situation, and decided to take on this “challenge” and continue his show on the only CDJ’s that worked. All of the sudden “Ghosts N’ Stuff” thundered through the speakers and the venue went absolutely crazy. He failed to be rattled by this hindrance and left no doubt in my mind as to why he’s #1 in the world. 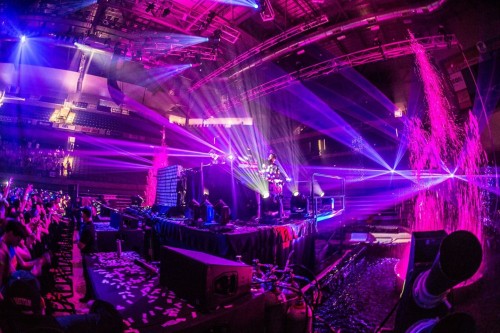 Aside from that eerie and unforgettable moment, the entire show was flawless. Words don’t do justice to the talent of each artist as they commanded the stage and controlled the crowd in a perfect fashion. Their ability to control the crowd and energy blew me away. They all have a big sound, but are all very unique. Dannic kicked off the evening and had the crowd going wild. Dyro followed up and extracted even more energy as his set took the night to a whole new level; yet the crowd wasn’t worn out, they were even more amped for Hardwell. I’ve never seen a crowd go as crazy as they did when he showed his face on stage.

Hardwell, Dannic, and Dyro were absolutely incredible at Rapids Theatre and continued to wow America with electrifying performances at every stop. While the guys all killed it behind the decks, this tour was especially exceptional thanks to AQUA, who not only brought a thrilling light show, but also provided massive water screens displaying 3D images of the artists along with dancing LED water fountains to accompany the show. It’s unlike anything you’ve ever seen before. Their work really tied the crowd into each performance and made it more than just a musical spectacle. The North American Bus Tour was the first of what is sure to be many amazing tours for AQUA, because what they have planned for the future might just make your head spin!

This tour was truly unforgettable and is already highly anticipated to confirm a third year in the running. Listen to Harwell’s exclusive mix for the tour below and if you were there leave a comment! 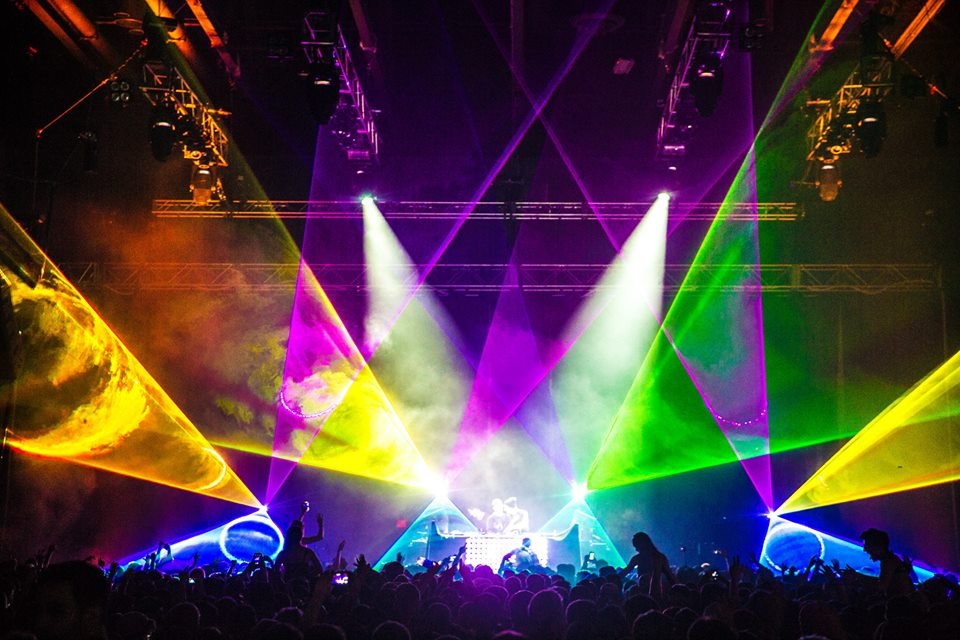 DJs, The Kings Of Music In The 21st Century