Some of you may have just been sitting and waiting for EDC Las Vegas to announce their 2014 lineup like I was; some of you may be getting here late. With either case, you’re being gifted the knowledge of finally knowing who is playing at one of the most highly venerated annual events. Are you ready?

Well, the funny thing to me is, you probably could have guessed the lineup; although not entirely or 100% correctly either, but you’d get a decent chunk of the list. Hardwell, Afrojack, Martin Garrix, R3hab, DJ Snake, Steve Aoki and Krewella aren’t surprises; neither are classic figures like Above & Beyond, A-Trak, Armin Van Buuren, Bassnectar, Carl Cox Diplo, Tommie Sunshine and Tiesto. Some other notable names are Trippy Turtle, Madeon, Pegboard Nerds, Paper Diamond, Corey Enemy and What So Not. The lineup is filled with names, so just have at the list! 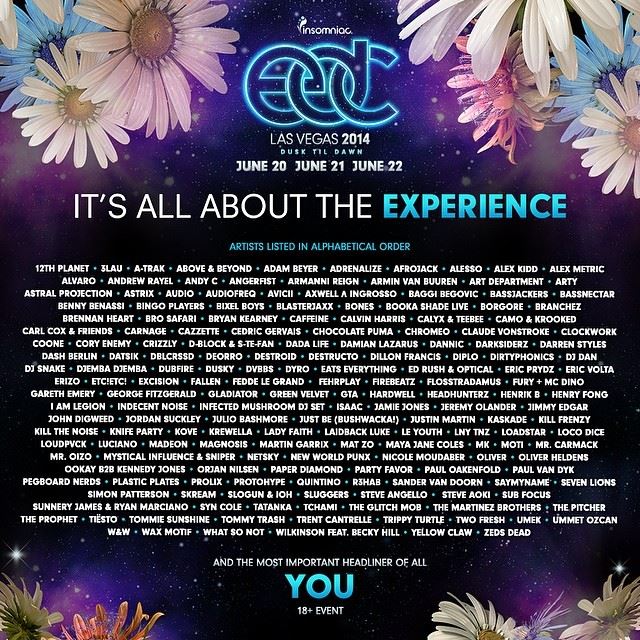