1…2…3 strikes you’re out!  Baseball?  Not this time.  This time we are talking about YouTube channels.  That’s right…if a YouTube channel receives three copyright strikes, that channel is shut down forever.  Each strike goes away after six months, but according to founder of Proximity, Blake Coppelson, once receiving two strikes, each day is like playing roulette – you just never know if a label is going to get upset for a third time and then you are done for good.

Proximity, a major YouTube channel that promotes mainly vocal, progressive-house music once had two copyright strikes against it.  However, Coppelson overcame this challenge by being very meticulous with which songs he uploaded and both strikes went away after one year.  Proximity was launched in 2011 when Coppelson wanted to find a way to promote mashups that he created.  He chose to upload music to YouTube because he couldn’t find a lot of songs he liked on this social media platform and wanted to make sharing music with his friends easier.  After roughly a year, his channel developed around 300 subscribers and then Proximity took off from there.

Even though copyright is a challenge for most YouTube channels, Coppelson had recently faced a more demanding conflict – his happiness.  Coming from a long line of successful family members including engineers, lawyers, and his own brother who is an oral surgeon, Blake was heavily pushed to going into medicine.  He was studying Pre-Med at the University of Southern California, but realized that his real passion was for music.  Despite several heated arguments with his parents, Coppelson decided last year to drop out of the Pre-Med program and enroll into the Thornton School of Music to study Music Business.  He knew he had made the right decision, but still faces judgment from several family members who simply do not understand that you can experience a successful life and career in the music industry.

Coppelson is a prime example of someone who simply wants to be happy by doing what he loves, rather than doing what is expected of him.  Not only is he fulfilling his passion – curating and filtering music out of the EDM genre, but he is damn good at it as well.  In just over three years, Proximity has reached over 800,000 subscribers and well over 85 million total views.  In the future, Coppelson hopes to expand this channel into other fields of the music industry: producing compilations and festivals for example.  That being said, he is always looking for ways to stay different and on top of his competitors.

Without its fans and even its critics, Proximity would not be as successful as it is today.  Everyday Coppelson enjoys reading both the positive and negative comments that people write on his uploads.  These comments suggest ways to improve his channel and also remind him why he is doing all of this.  They keep his passion alive.  He hopes to use this creation to produce positive outcomes for those less fortunate and hopes to make a mark on both the music industry and just the world in general.  He wants to continue to positively influence others and become a role model as his inspirations (friends and family) have done for him.  His dedication to Proximity and loyalty to his fans are what make him so respected.  We value his decision to do what he loves because we believe it will inspire others to do just the same.  To some, Proximity may just be a platform to promote music, but to us it is a beacon of hope for those who are willing to take a risk to ensure their happiness.

That being said, Coppelson would like to share words of wisdom with you that have helped him to overcome the challenges he’s faced and to help him accomplish what he loves.

1) Stay dedicated because in due time, everything will work out.

2) If you say yes to someone or make a promise, make sure you carry it out.  Trust is very important.

3) Always be humble – both in life and in business. 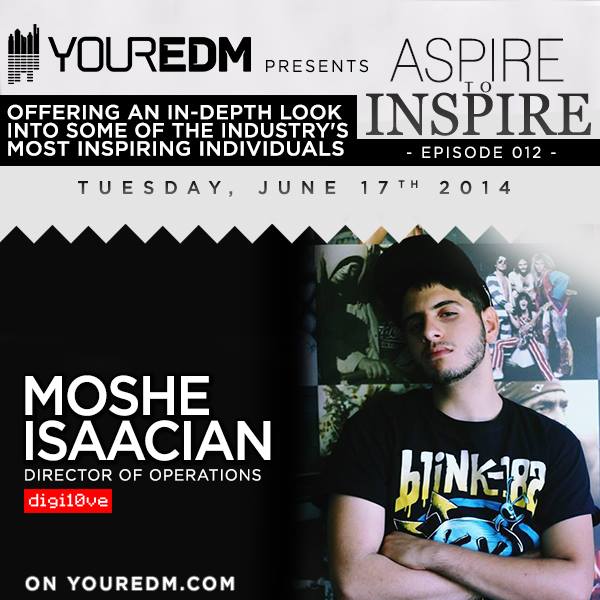