by Matthew Wolfe
in Editorial, Editorials, Featured, Worth Sharing

“Reading the crowd, and not playing too loud. Of that, I am proud.”

Let me ask you a question: how many good things in life are denoted by red? Answer: few, if any.

So, why is it that three out of three events I attended this last weekend had DJ after DJ that insisted on red-lining the mixer? Were they drunk? High off a particularly potent drug cocktail? Or, is it possible they were simply ignorant of what flashing red lights mean in the context of a DJ performance?

For those out there for whom the case is the latter, allow me to clear things up. At its most basic level, red lights = sh*t sound and ‘redlining’ is just a layman’s term for ‘clipping’. Louder is not always better; if you’re not being vigilant about monitoring your EQ and gain, then you risk a heavily distorted sound, possible damage to the amps and speakers, and an extremely uncomfortable audience. 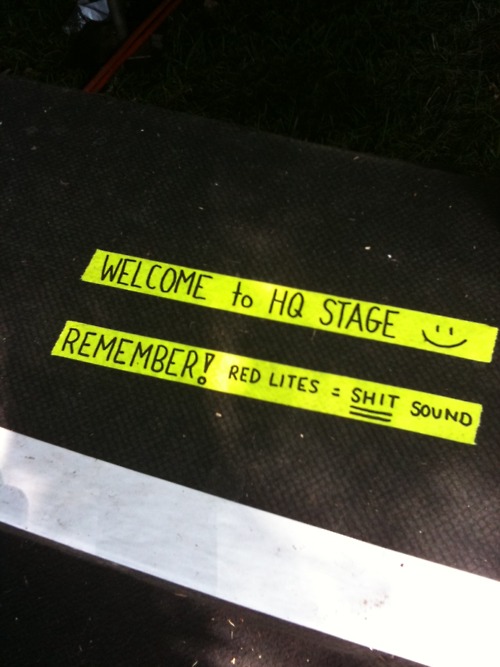 Let me be blunt for a moment: this isn’t optional information if you plan to be a successful performer in this scene. An overly loud, in-your-face style of mixing is the hallmark of an amateur DJ. Speaking as a veteran attendee, it is extremely easy to tell the difference between a DJ who is carefully monitoring their mix to curate the best sounds & vibes possible and a DJ who is merely pumping up the volume in an attempt to boost the energy of a room. Don’t be that guy making people creep away from the subs to take refuge in the balcony because they can’t handle you without a drink or 5.

How do you avoid being that guy? It’s really not that difficult: just keep in mind that literally every track in your arsenal is mixed and mastered a bit differently, resulting in a unique mix of levels and general volume. A proper DJ is monitoring their levels and making adjustments for the entirety of their set. Herein lies the distinction: these DJs aren’t monitoring and adjusting to make sure the sound is passable at high volumes, they’re striving for a consistent, quality sound from the lowest lows to the highest peaks. Of course, to be fair, a properly tuned sound-system is a big help in that regard.

Also, in the interest of fairness, let’s return to the first questions I posed. It is completely possible the DJ’s I saw this weekend (and the seemingly endless stream of them I’ve had to deal with since I stopped simply attending shows and actually started listening) were drunk, high as a kite, or even both. In and of itself, this really isn’t an issue; we all know that people and performers in this industry generally like to party and the setting (usually a bar or nightclub) is very conducive to getting f*cked up. Additionally, performing under the influence can loosen you up in a tight situation and, in all honesty, it can be a lot of fun. That being said, however, you need to know your body and mind’s limit just as well as you need to know the limits of the sound-system. If you’re too intoxicated to properly monitor your sound, what are you even doing behind the decks? To reiterate: DON’T BE THAT GUY.

For a more in-depth guide to what red-lining is, what causes it, and how to avoid it, check out this stellar article from DJ Conquest. And when in doubt, just remember: red lights = sh*t sound!