by Your EDM Staff
in Editorial, Editorials, Interview

Meaux Green performed at Avalon Hollywood this past Friday for their CONTROL night, among many others, including Tropkillaz, Dotcom, Party Favor, Jon Mon, and Rags. After Jon Mon’s and Rags’ sets, Meaux Green came on at 11 PM. The crowd was filled but with just enough room to dance throughout the night. Right from the start, he created such a great and powerful energy that filled up the room. Meaux interacted with the crowd, which is what every fan wants from an artist that they see live. Meaux dropped many of his hit remixes and also his latest one, which was released via Mad Decent, Riff Raff’s “How To Be The Man”. After Meaux Green’s killer set, I got a chance to sit down and talk to him behind the music he creates.

How would you describe your sound to someone who has not heard your music before?

“Id say, it’s recently more hip-hop with an electronic twist. Something that’s a lot of energy that is going to make you move around, if you know it or not.”

How do you plan your sets before performing?

“I just collect my favorite songs. I’ll narrow it down and vibe off the crowd and make my choices depending on what they like.”

You just released your latest remix of Riff Raff – “How To Be The Man”, are you working on any more projects or will you in the near future?

“I got some stuff done for some artists that is not announced yet, we are waiting for the right time – once the label gives me the word to announce it. I would like to get more originals done. I have done a lot of collabs, it’s time to kind of focus on playing original material.” 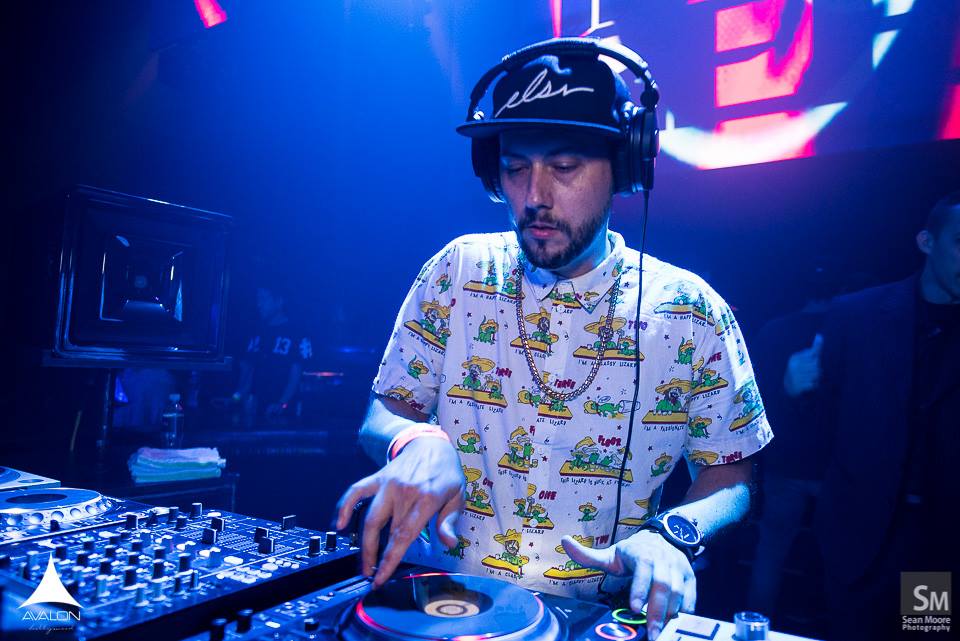 Who are some producers or major influences in music that you look up to and why?

“Definitely RL Grime, I just feel like he is super next level. DJ Snake, is way up there. He was one of the first big named guys that started playing my stuff and once he started to feature my tracks on Diplo & Friends mix, then other guys started to pick it up. He has always been the biggest inspiration of mine. Other than that I listen to a lot of old school hip-hop.”

Which comes to my next question…Since you are a hip-hop/rap fan, who are your top three favorite hip-hop/rap artists?

Which has been your favorite venue/city you have played so far?

“Well… I Just got off the stage at Avalon and for years I have been seeing flyers and you never thought that your name would ever be on it and you work hard and it just happens. The crowd was amazing, way better than I thought it would be. This is one of the better crowds that I have played in front of for sure, they raged like it was a closing set. Also, some of the smaller towns are awesome as well. Going to Kentucky, it was a small town but the vibe was incredible. It’s all about the vibe, big or small, doesn’t matter.”

Where would be your dream place or festival to perform?

“Wow, I mean… somewhere in Europe, that would be my dream. Its one thing to play in your hometown but going out of the country would be a huge step, that would kind of be surreal. The only time I have been out of the country is Canada. I mean festivals are cool but I don’t just work to play at festivals, I work because I love to play the music but it would be awesome to play at EDC or Ultra but that’s not why I make music – to play only at festivals but it’s definitely the payoff.”

It was a great night, filled with great music. After watching his set, he definitely delivers a great energy and vibes off the crowd. Also, we can now expect some more music from Meaux in the near future; including solo productions and collaborations. Get in the scoop with some of Meaux Green’s past hit releases HERE