Shifting the Spotlight to Females in EDM: Miss Krystle

For the past few months, Shifting the Spotlight has aimed to gain perspective of various women in the industry, from vocalists like Kerli to DJ/producers like Kristin Rose. In this segment, Your EDM is proud to present recording artist and fashion model Miss Krystle. If you haven’t already, check out KJ Sawka’s remix of Miss Krystle’s Don’t Leave (It’s Gonna Kill Me) as you take a look below to see who Miss Krystle‘s role models are, who she thinks of as musical icons, why she made her first album, and what advice she has to give to aspiring artists!

I have a classical background. I started piano at 4, violin and cello shortly thereafter, and then voice around 10. I began songwriting at 15. My real beginning as an artist began at 10, when I started performing with my family band, CJA. The band included my mom and two sisters. My mom has always been very supportive. Not only did she help me write and produce my first EP, but organized our shows so that there was a short “Krystle” set during the CJA performances. She has done so much for me during my career, and I am forever grateful to her.

Most of my favorite records are rock records. I grew up listening to Marilyn Manson, Distrubed, Linkin Park, Rammstein, Tatu, Celldweller, and Petra. Yanni, Sarah Brightman, and Enya were all favorite artists in my household too. My greatest influences as a performer were Manson, Rammstein, and Gaga. I love artists who are raw, real, and who don’t give a shit about what other people think. As a songwriter, I am a big fan of Sia and Max Martin. I would love to work with both of them one day.

I produced my first album at 18 for my honors thesis at Arizona State University. I really just wanted my school to pay for the costs of pressing the album, as well as an excuse to set aside the time to finally do a full album. I apparently made a decent pitch, seeing as how I was a political science major, and I got the ok in the end. Either way, it was a good learning experience, and generated enough interest to get more experienced producers to work with me on my next album.

My song “I Don’t Cry.” I was in the middle of studying for mid-terms during my first year of law school. It was an incredibly stressful period, but the inspiration just hit me. I dropped what I was doing, went into the studio, tracked the instrumental, laid down vocals, and the song was done before the end of the day.

The Phantom of the Opera, hands down. 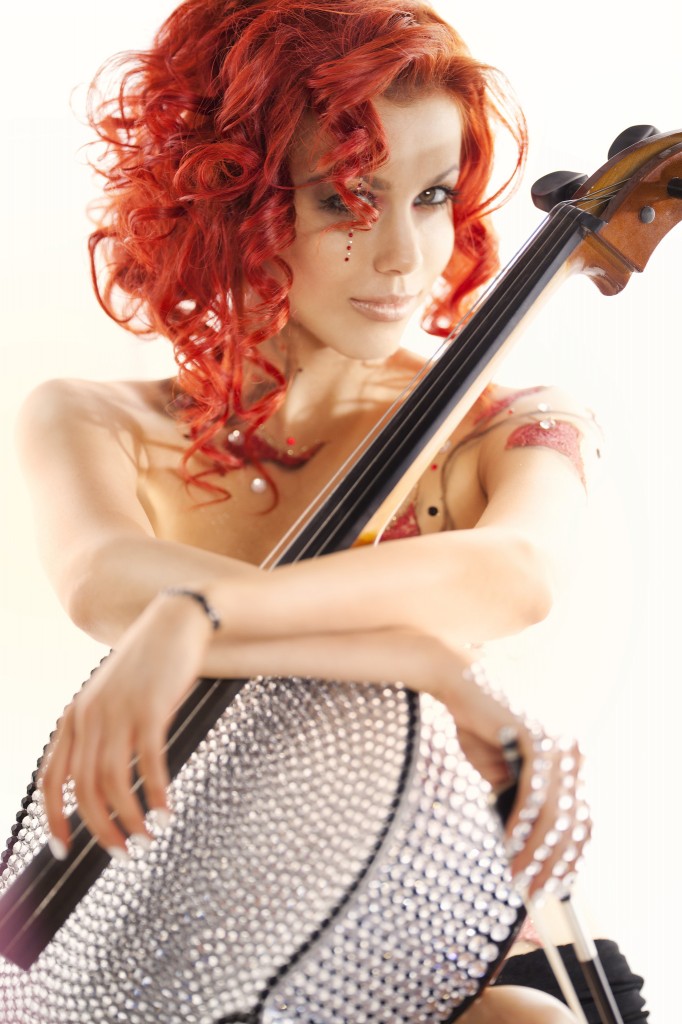 Anthony Robbins is my hero. He changed my life in my late teens. I struggled with this mysterious ailment, and my perspective of the world was pretty bleak. Anthony is an incredible leader, and I have implemented many of his life lessons about health and relationships. Besides Anthony, my mom. My mom is an angel incarnate, I’m sure of it. If I ever become half the woman she is, I will have lead a great life.

I like how easily David Guetta transitions between EDM and standard pop music. Although I love rock music, electronic pop music is my chosen genre. I like making my fans dance, and giving them music that just makes them feel good.

I have spent the better part of my life locked away in studios and libraries. I love studio time, but I am antsier for live performances right now. With my new song “Don’t Leave (It’s Gonna Kill Me)”, and “Unforgettable,” I am having a blast performing for new fans, and looking forward to the release of my next single.

I am a fan of Akon’s tone, Lana Del Rey’s inflections and style, and the Veronicas’ awesome harmonies. I have a natural tendency to write slow/moody music, but for any of those artists, it would probably be an upbeat track.

Halloween. I like seeing people comfortable enough to be weirdos. It’s sexy

Michael Jackson. I was a part of a hip-hop dance company in my teens, and he was a huge influence to pretty much everyone in my crew, just for his performance style. Michael set the bar so high for musicians.  He is a music icon for the simple fact that no one will ever be able touch him (though we all try).

Keeping motivated. The process of creating and feeling inspired is one of the greatest feelings, and it’s a high that I constantly chase.  There are times I begin experiencing creative death, and during those times, the biggest challenge is to just keep going.

Love and relationships should enhance the artistic journey, and never take away from it. Never let anyone hold you back.

Remember that no one is ever going to hand you your dream. You create your destiny, so go for it.

I really think Lady Gaga had a lot to do with the rise of dance music popularity over the last five years, and with all the new artist and producers in the genre, EDM is here to stay, even if it loses a bit of popularity. 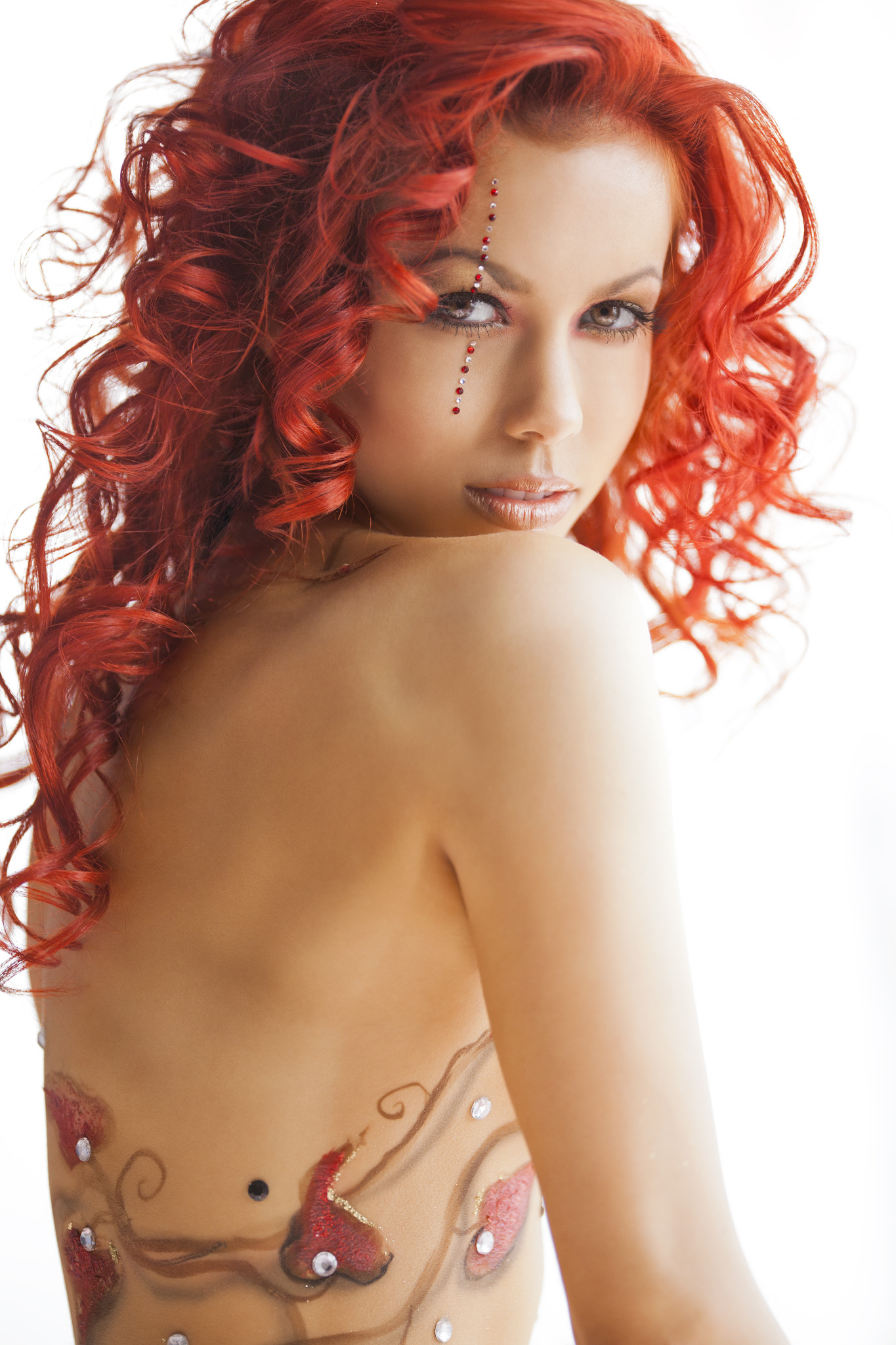 My fans are so beautiful. If I could have inappropriate relationships with all of them, I probably would. I have always felt that everything I am belongs to them.

I am sure it would be a fair statement to say that the entertainment industry is still driven by men. The over-sexualization of women is proof enough. However, I do not subscribe to what is expected of women in the industry. I’m probably too much of a tomboy anyway. Whatever I do, I do because it fits my artistic instinct at the time.

I have no problem with nudity or sexuality. For a while it was a main theme of my shows, sort of a self-acceptance period. At this point, I feel like I have become trapped in a matrix of lies about what it sexy and what artists NEED to do to sell records. All I care about is that whatever I say, wear, or do, that it is a genuine and honest expression of my art. Right now, I am a big fan of suits.

What happened to juice? Hook up the green drink, and I’m happy for days.

Your EDM Exclusive Interview with Mike Darlington, CEO of Monstercat

Your EDM Exclusive Interview with Mike Darlington, CEO of Monstercat