This just in, Knife Party has taken to Twitter to announce the release date of one of the more hotly anticipated albums of the year. That’s right their very own 12 track long debut LP titled Abandon Ship is slated for release…drum roll…October 27th, 2014. So there you have it folks, only 2 more months until you can get your hands on the full length album from the guys who brought you EDM Death Machine, Internet Friends and the soon to be released for free single called “Resistance”. You can listen to Boss Mode, another track from the album down below: 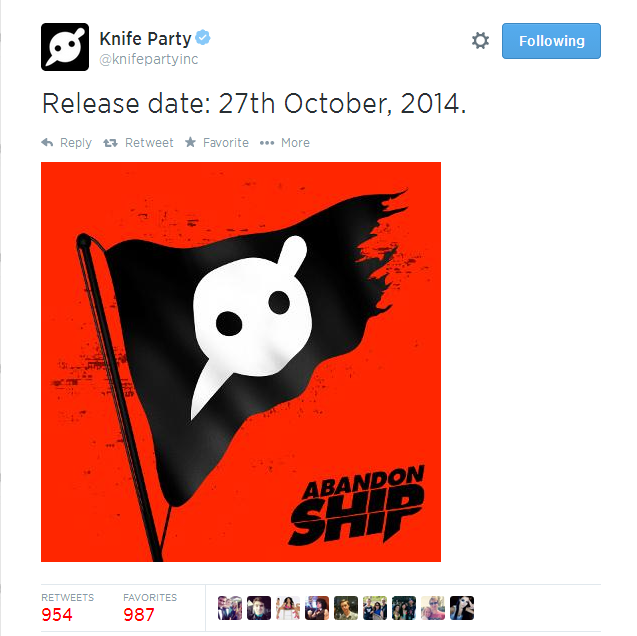