It had been nearly a year and a half since I last saw Feed Me’s set with Teeth in its entirety. Although I caught bits of his set at EDC Chicago last year and Spring Awakening this year, I was extremely excited to devote my Saturday night to his full set — something I hadn’t had the chance to do since his February 2013 performance at House of Blues Chicago. Earlier in the week, I had interviewed him about the audio-visual concept behind his shows, so I was looking forward to seeing his concept come to life onstage.

Upon arriving at the main dance floor of Aragon Ballroom, I couldn’t tell if the Aragon was meant to be a concert venue or a sauna. I was greeted by the incredible heat and humidity, both of which were further reinforced by concertgoers glistening from copious amounts of sweat.

I maneuvered myself through the crowd and settled myself among devoted Feed Me fans who looked like they just completed the sweatbucket challenge. It would be ten minutes until Feed Me got on stage. Coupled with the lack of air conditioning and a couple who was dancing/swaying so vigorously from side to side that it made me seasick even through my peripheral vision, ten minutes seemed like a painfully long time.

Finally, right on the dot at 12:40 AM, the black curtain covering the stage went down, the Teeth lit up the stage in all its glory, and the crowd exploded in cheers. 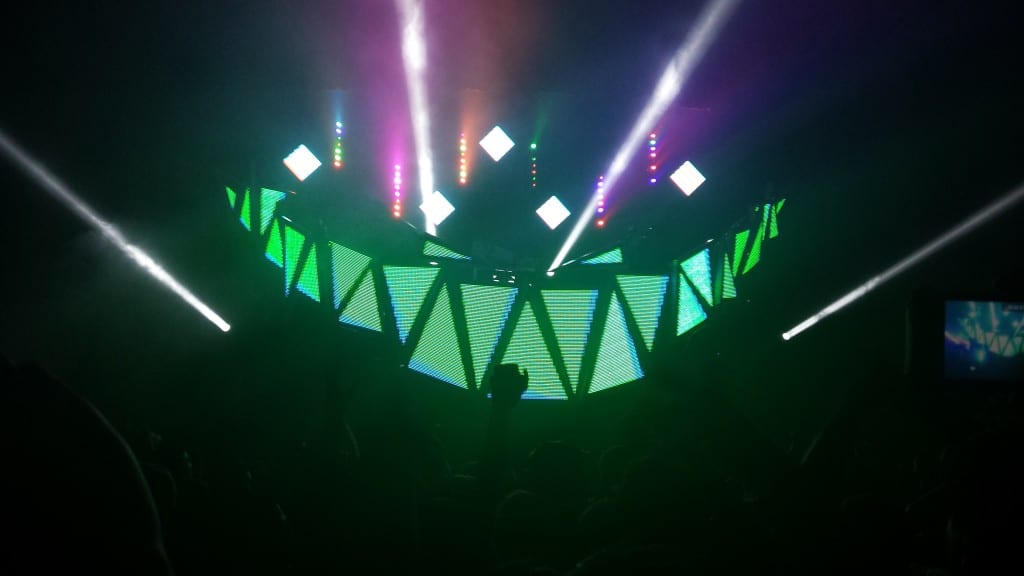 Throughout the entire set, the creative prowess of Jon Gooch — the one behind Feed Me — showed itself through the intricate coordination between each track and the Teeth visuals. For slower or more chill tracks, such as the vocal section of “Alarm Clock,” which was sung live by Jon himself, the Teeth cast a purple lull upon the crowd. During the buildup to the drop and main chorus, the animations on the Teeth whirled in anticipation, finally culminating in a spectacle of flashing lights that matched the intensity and tempo of the beat.

The detail to every single piece of the track was phenomenal. When the melody to “Rat Trap” came on, the animated dogs on the Teeth moved their mouth in rhythm. For “Little Cat Steps,” the animated blocks that floated upwards got longer and moved faster as the melody built up with more volume and layers. At the end of that track, the crowd chanted along with the lyrics, shouting “Feed Me! Feed Me!” And the Teeth literally came to life for the lyrics of “One Click Headshot” when it “moved” its mouth via the animated teeth graphics.

One of my favorite moments was the space theme during “Patience” and “Dazed.” For “Patience,” an animated astronaut Teeth character whizzed inside the Teeth setup and was suspended in space during the calm sections of the tracks, only to whiz back and forth once the beat picked back up. And throughout “Dazed,” the animation of the astronaut Teeth flying in his spaceship made it feel like viewers were along for the ride, right behind him. 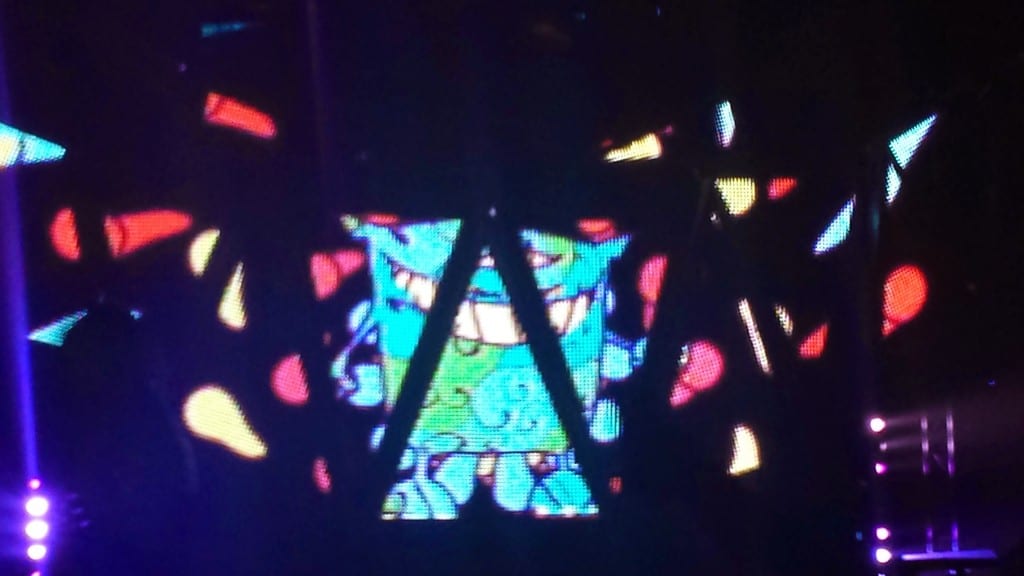 After what seemed to be the last song of the night, Jon hopped off the Teeth setup and walked to the front of the stage, to which he was greeted by fans shouting to him (a belated) happy birthday, as his birthday had been just the day before. Jon asked if we wanted to hear one more song, and the crowd roared in approval, and the night finally came to a close with “Trapdoor.” Once the set ended, fans continued to yell, “One more song,” even after the stage lights died down. 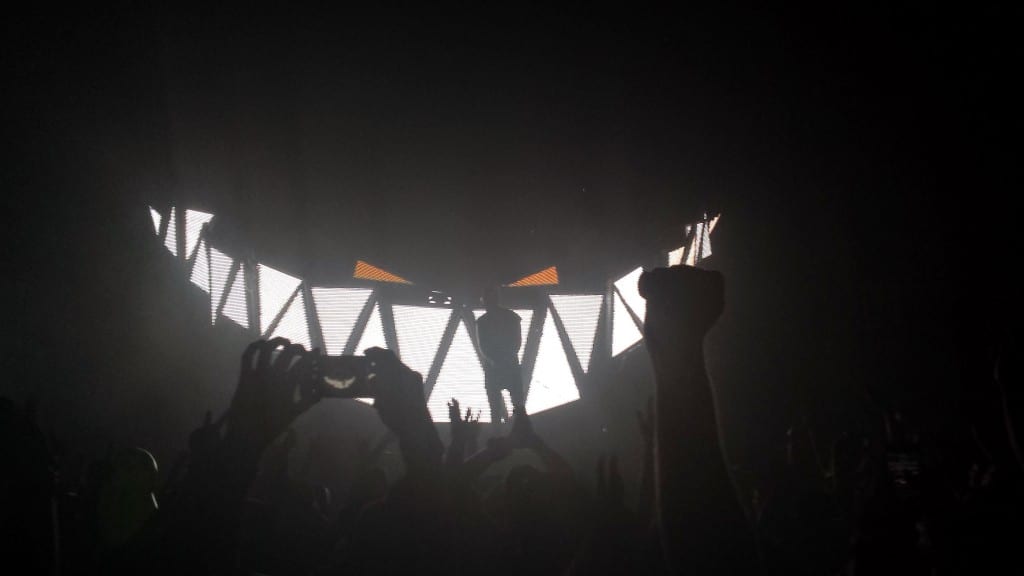 Being entranced by the animations and the designs that gave the Teeth setup a 3D illusion, I was in awe the entire time. To know that Jon created most of his tracks with the visuals in mind, and to actually see these tracks come to life not just audibly but visually as well, I was completely floored. Jon indeed took me on a journey through his music and visuals, and I was able to travel through each song’s ups and downs. And I knew it was an awesome show when, once the music started, I no longer felt bothered by the heat and barely noticed the sweat running down all over because Jon’s performance had me fully engaged, from start to end.