A couple days ago, after the progressive house legend Eric Prydz posted a photo to his Facebook page of a simple “Mau5-ville” logo with a caption reading “Soon…”, fans went crazy and theories about possible studio-collaborations started to arise. Well, unfortunately, it’s not a studio-collaboration, but it’s still incredibly awesome.

The progressive power-houses Deadmau5 and Eric Prydz are to host a “Mau5-ville” arena at HARD Day Of The Dead 2014, which is scheduled for Saturday, November 1st. We’ve already learned that Joel and Prydz would be preforming a back-to-back set via the event’s lineup, but this is just something else.

“Really excited to announce that Mau5-ville will be a stage curated by myself and Deadmau5. This will also include a special b2b set.”

As of now, this is the only publicized piece of information regarding Mau5-ville, but you can definitely expect more in the future. Regardless of any more information, however, you can expect to experience a day full of unrelenting progressive awesomeness with the Prydz/Mau5 stamp of approval.

Get tickets for the event here. 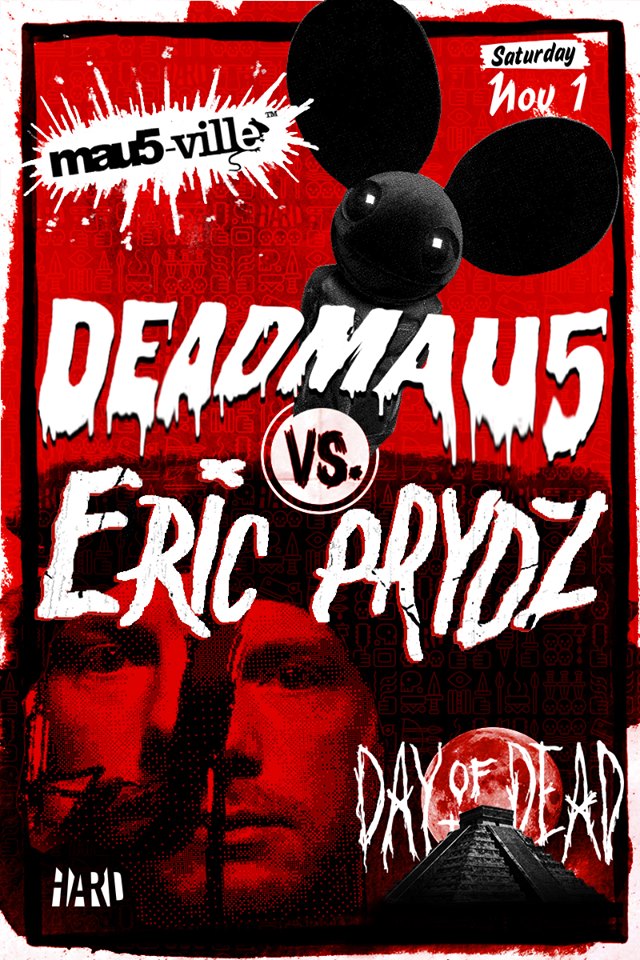