Unless you haven’t been following, most of you now know that Disney isn’t too happy with deadmau5 and his trademark for the mau5 ears, claiming allowing the trademark to pass would hurt their business both in the US and the World. Now deadmau5 exclaimed that he wasn’t going to go down without a fight and we didn’t have to wait long to see his words in action. Just a few minutes ago, Joel took to his social medias to share two interesting pieces of information. Number one is a Disney video titled “Ghosts ‘n’ Stuff Re-Micks” where you can see a minute and half long clip of a Mickey Mouse episode to the soundtrack of…you guessed it “Ghosts ‘n’ Stuff”. Now the funny thing is, apparently Disney never sought authorization from deadmau5 for the use of the track.

Now comes in the second interesting piece of information, deadmau5’s attorney, Dina LaPolt, sent Disney a cease and desist which you can see copied down below. Now it’s most likely the case that deadmau5 and his team are attempting to use this as leverage against Disney’s recent attack. Whether it’ll work remains to be seen. 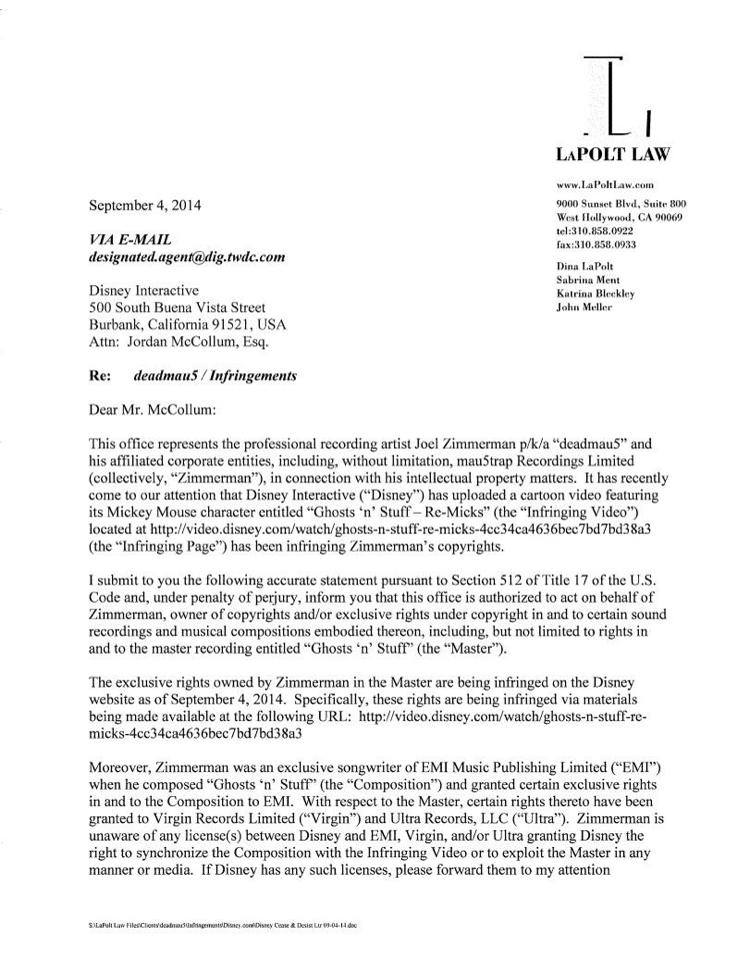 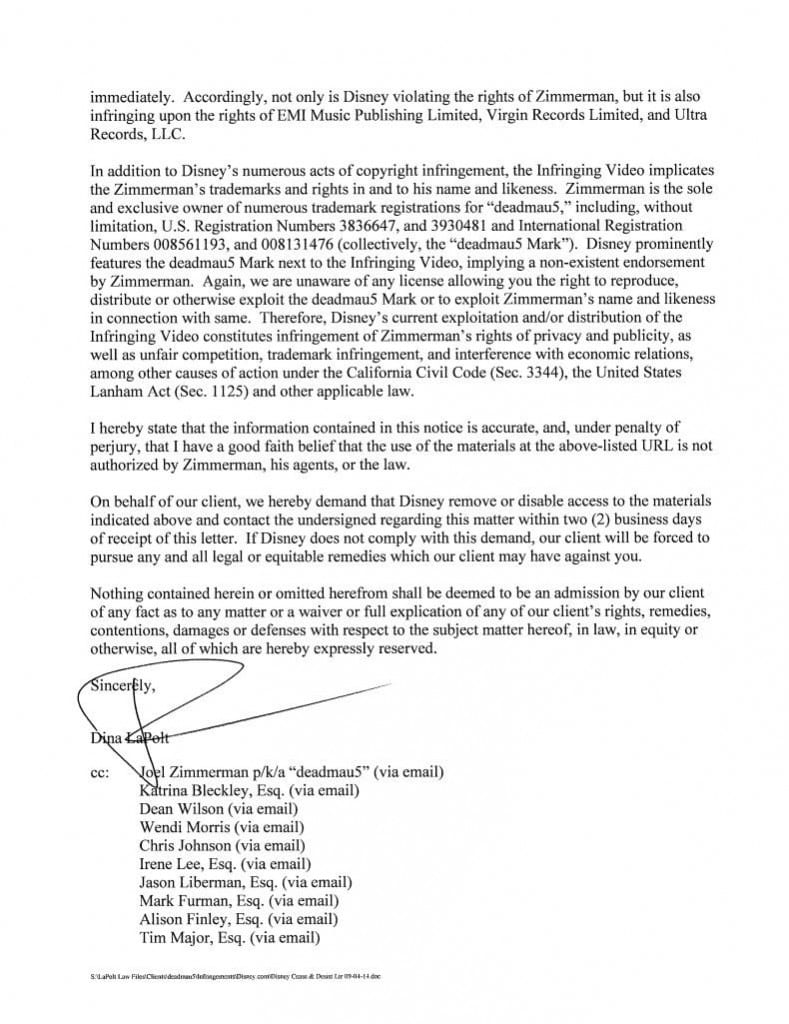 anyone wanna see some complete pwnage?

So now, @disney is illegally using my work… and CONFUSING people that id actualyly work with these twats.

can i has trademark now? thnks.

I wish disney wasnt such a "corperation". We could have done great things together.

Dillon Francis Collaboration With Kygo Is On The Way