In honor of their newest collaboration and the second single on Michael Brun’s new label, Kid Coconut, called Sun in Your Eyes, Your EDM sat down with artists Michael Brun and DubVision to discuss the collab, hopes for the label’s future, dance music trends, and more!

What was your inspiration for your new collaboration Sun in Your Eyes?

Michael Brun: The focus was on creating something with emotion and plenty of energy, and a production really centered on the melodies. We really wanted to make a track that could make people feel happy and positive.

DubVision: Michael sent us the very first draft. Eventually we changed the chords, arrangement and built a different melody: the track changed completely! We sent it back to Michael and he loved the new idea. From there we tried different leads, sending the track back and forth between the 4 of us. Eventually we came up with this lead and kept it. We are very happy with how it is right now, and the crowd is responding really well to it! I guess the track is inspired on the Miami life, the sun, the beautiful people. We play a lot in Miami , and Michael lives there, so we hang out a lot there as well.

Who are your biggest inspirations?

MB: There are so many, but I think my biggest one at the moment in terms of production is Calvin Harris. He’s put out such quality records and is so incredibly consistent. I really admire that.

DV: Zedd is for us a very big inspiration. He’s not just a dj or producer, he is a true musician. He can play actual instruments,  plays incredible piano and writes his own music. Not many artists in our scene can do that. We have major respect for this guy. 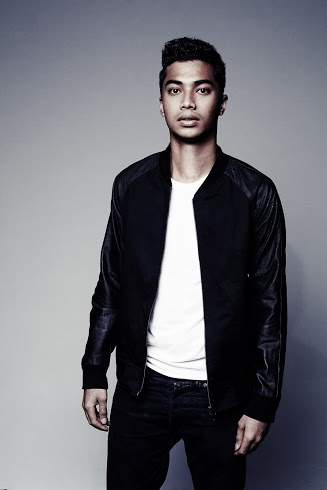 What is your hope for the future of your new label, Kid Coconut?

MB: The biggest goal with the label is to be able to share quality music, but it’s also very important to me that Kid Coconut can provide talented, upcoming artists from around the world with the means to share their work with the public. Dirty South did that for me with Phazing, and I want to be able to pass that help on.

Also, I listen to so many different genres of music, and have been influenced by all types of artists and sounds, so it’s very important to me that people will be able to hear that through the label.

Where do you think dance music is heading in terms of sound?

MB: It really seems as if it’s heading back towards groove and melody which makes me so happy! That’s the sound that got me into electronic music in the first place and it’s exciting to be apart of the scene right now.

DV: More melodic! Thank f*cking god. People are fed up with the super hard all sounding the same drops of the EDM today. People actually want and expect more. Passion, emotion and sexiness was missing last year. It was all about super hard drops, jumping as high as you can, and then the next track that came out was even harder. We really hope it reached its top level. Off course its nice sometimes to play a hard track but there needs to be a balance. It’s to all the big Dj’s to experiment again and bring the balance back.

What can we expect from your music in the near future?

MB: There’s a lot coming! Two really big remixes for me before the end of the year (Mako’s ‘Our Story’ and another one that will be announced soon),  a few more really interesting collabs and also a few projects with some new artists. I also worked on Matthew Koma’s album, which I am super excited about. And of course, Sun In Your Eyes with DubVision and Tom Cane which is out now 🙂

DV: Well , we just released Sun in Your Eyes, which is really doing great at the moment. There is a very exciting track coming out beginning of October on Axtone.  After that, we have another track on Spinnin’ Records which is already supported by some of the biggest names in the scene. That is as much we can say right now. But expect big melodic stuff. Stuff that makes you want to close your eyes and get goosebumps all over. That’s our goal. 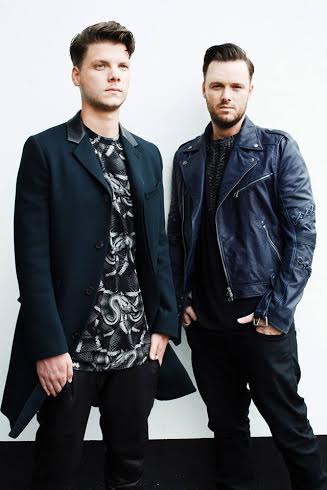 What is the strangest fan interaction you have ever had?

MB: Nothing too crazy thankfully! Someone did bring me brownies at a show though once, which was pretty cool.

DV: That would be at an airport in Zwitserland. There were 3 grown man , I think age of 35 waiting for us for over 2 hours and dying to get a picture and autograph. It was amazing. Very cool guys!

Do you think the EDM bubble will burst or is it here to stay?

MB: EDM has crossed over into pop at such a deep level that I don’t see it happening. I think if anything, EDM will keep evolving and lead to some really unique new sounds to keep the scene fresh.

DV: What is EDM, what bubble? Electronic music is always changing, just like fashion. People are crazy about something for a while, and after some time they want something new. And as producers/dj’s , we try to find that next interesting sound or new interpretation of today’s sound. Electronic music will always exist, but it will always keep evolving.

Pick up Sun In Your Eyes on Beatport today!

Skrillex Talks JACK U and Other Topics With Sway