Shifting the Spotlight is a series meant to focus on the many talented women in the very male-dominated electronic music industry. The newest segment features singer, songwriter, and DJ Tania Zygar, who shared her perspectives on the rise of EDM, what irks her about the industry, and what it’s like being a female artist. Throughout her life, Tania’s musical talent shone through as she grew up playing multiple instruments before transitioning into song writing, and more recently, DJing. As a special surprise, Tania compiled a guest mix specially for Shifting the Spotlight, so be sure to hit the play button and enjoy her work as you check out what she has to say!

I started playing the piano with the Royal Conservatory in Ottawa when I was 9 years old, and then started playing guitar in high school; I was also in the school band playing the flute for a few years. I always preferred writing my own music as opposed to studying other pieces, so I started writing words to the piano. I always did this by myself until university, when I would jam with a good friend of mine on the guitar and we started recording it. A short few years later, a friend asked me to collaborate on a dance track, and it just snowballed from there.

I’ve been songwriting for a really long time, and I wanted to learn something new and I also wanted to be able to produce my own demos as opposed to depending on other producers. I’m lucky to be surrounded by close friends who also produce and DJ, so I’ve been learning the ropes while my album is being released.

What is your favorite track that YOU have created?

Hard question, but probably “EXPLODE” with Matt Lange – it’s also the first single off of the album.

Growing up I really looked up to Jewel and Alanis Morrissette, both great songwriters and artists. 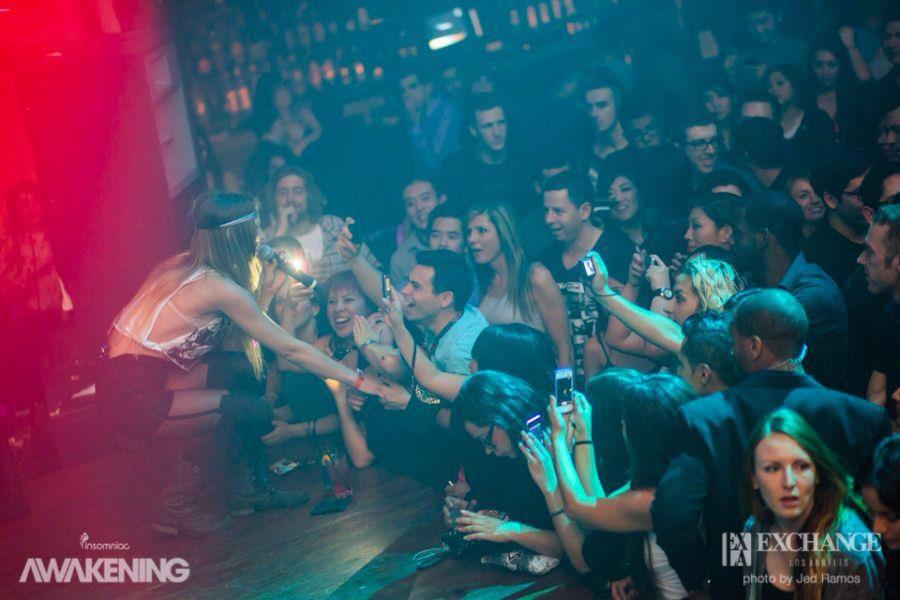 Hmm, that’s a hard question. In EDM, I’d have to say Armin – he’s extremely smart, educated, and humble when he could be a your typical douche-bag DJ and I really respect that. He also values his family and the people around him, it’s hard to stay grounded in this industry and I commend him. Outside of EDM, Drew Barrymore is also a great inspiration, she works so hard and goes beyond acting and writes and produces movies, and that’s kind of what I’m trying to do with music; go beyond what people know me for.

It’d have to say Edith Piaf and I’d keep the vintage violins over some dark bass lines, make it a bit trappy too.

Staying true to my art and who I am while trying to succeed.

Practice, don’t cheapen your brand, believe in yourself, and know your path and what you want. Also, find a mentor and ask questions.

Same as above, and don’t use touring as an excuse to whore around, people talk. Be humble. 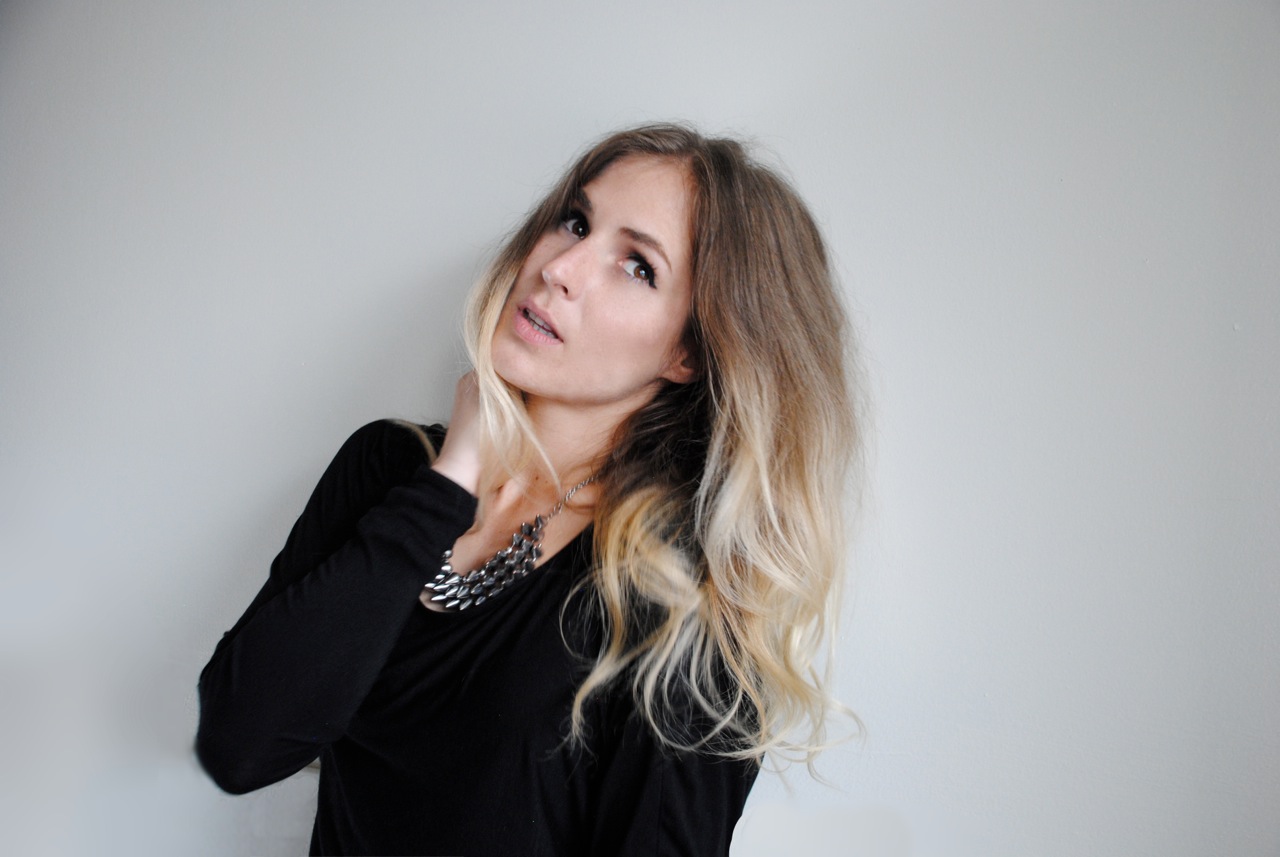 I think it’s great on one hand because artists who were considered underground now have the opportunity to have their work heard by the masses, but it also opens the genre up for those who want quick fame to use cheap tactics to get ahead. This in the end only cheapens the genre and fills it with formulaic repetitive music. I think the bubble will burst on those fake artists soon enough as the real ones find new ways to be innovative and grow – It’s so easy to jump on the “EDM train” and make a diluted dance/pop track, what matters is expressing yourself, connecting to others and leaving a lasting impression.

With your experiences thus far, what about the music industry “grinds your gears”?

It changes all the time – but with trying to release my debut album for the past six months, I’ve run into this over and over again, what I like to describe as “slavery to the trend”. Because big room drops and cheesy vocals are considered “in” by many of the younger generation EDM listeners, labels seem to forget about the quality of the music and more about what is considered trendy. Good music is timeless and doesn’t usually follow what everyone else is doing, why have labels and people forgotten about that? I’ve seen my good friends in music stray from their true sound and start making festival music to appease their labels, agents and make money for their team. I’m not sure if they even like half of the stuff they spin. As someone starting out as DJ after being an artist for a few years, I really want to be the one that sticks to my gut and stays true to her art. I know it’s the harder road to take but it’s the only honorable one in my eyes.

Absolutely. I have to say that I’m not a fan of the porn-star turned female DJ dressed up in a bikini playing a pre-recorded set – that’s obviously not about the music anymore. It’s true, even outside of the music world, that if you’re a better looking person who is also charismatic, you’ll generally get further in your career than someone who has the same qualifications as that person but isn’t considered beautiful in societies’ eye. Same with music and it sucks. When I was younger I often asked myself, should I be sexier? Should I wear less? And I think that’s because sex sells, but it shouldn’t be why people go to your shows. I remember wearing a short dress to my first ever show and I was so uncomfortable, that wasn’t me, that’s the kind of pressure that’s out there in music. I think it’s okay to be sexy and be confident with yourself but I don’t think that as an artist, even if the pressure is out there, that you should put more effort and emphasis on your outward appearance than your craft. When your show becomes more about your body than your sound, you’re doing it for the wrong reasons. As a man, it helps them too to be good-looking, but I don’t think there’s as much pressure. Girls still go ga-ga for Porter Robinson, but you don’t see his fans posting half naked pictures of him with derogatory comments underneath, it happens to women a lot more. All this to say, I love women like Nicole Moudaber who is obviously sexy but has never cheapened her brand, and has always stayed true to what matters. We need more female DJs like her in the world. 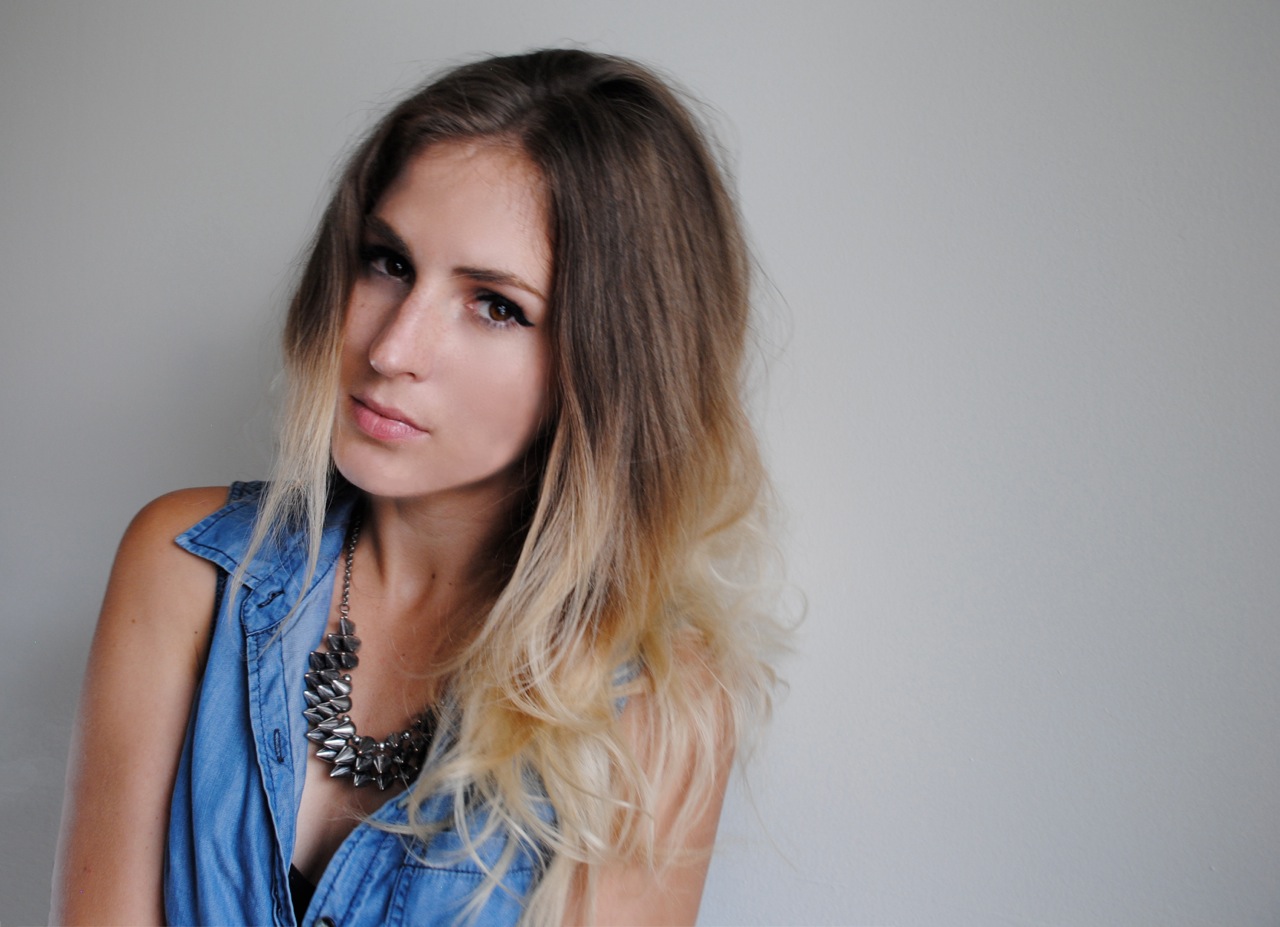 Of course. Especially because I know that the majority of my fan base are men, it would be really easy for me to post a bikini selfie on social media and get lots of attention, so I’m not about to do that. It’s a cheap marketing ploy and I don’t ever want to succumb to that. I want to be the kind of artist that inspires other girls and women to express themselves and feel good from the inside out. As I get older, I realize that the sexiest thing is passion and confidence – when you’re happy in your skin and pursuing your dreams, there’s nothing more beautiful.