Shifting the Spotlight to Females in EDM: Kerli

Shifting the Spotlight is a series meant to highlight the talented women who make the electronic dance music world go round. While in the past we have featured various DJ/producers such as Reid Speed, we have also shed light on vocalists like Carmen Rainier. In this segment, we are proud to present the very talented vocalist, songwriter, fashion blogger, and more: Kerli. The Estonian singer, who has been featured on ABC’s Dancing With The Stars singing her original song Love Me or Leave Me, has done vocals for some of the industry’s most acclaimed tracks, most notably Seven Lions‘ Worlds Apart. Check out what this beautiful spirit and fashion icon has to say about being a woman in the EDM industry, as well as why she doesn’t believe in ‘role models’, what her greatest regret as an artist is, and what advice she has for fellow artists below!

“Vocalists Ellie Goulding and Kerli are the sort whose voices soar so far above the rabble that you forget what’s going on around you.” – Matthew Meadow, Your EDM

I started going to singing competitions when I was five with my kindergarten singing teacher. It was always a big hustle for her because she would have to play me tons of songs before I could find one I actually liked. I was a big diva from the start. Haha! I started getting classical piano training at 7 and dropped everything in my life to only make music when I was 14 and got my first record deal.

I grew up in a very small place in the woods of Estonia, so I didn’t really have any access to the world until the iron curtain fell when I was 5. I wasn’t really surrounded by any artists or extravagant thinkers, so I felt like an alien growing up. I just couldn’t believe that the very gray and traditional way of living I saw was the only way, but I didn’t have proof there was any other way either. I always dreamed of going to the big world and being surrounded by people that lived interesting lives. I guess my role models were imaginary people.

I don’t really believe in “role models” because everyone is so different and everyone’s story is so different, there really is no right or wrong way to do things. I do, however, strive to be one of these amazing female vocal designers/producers like Imogen Heap. I admire women who kick ass in traditional boys’ things like engineering. 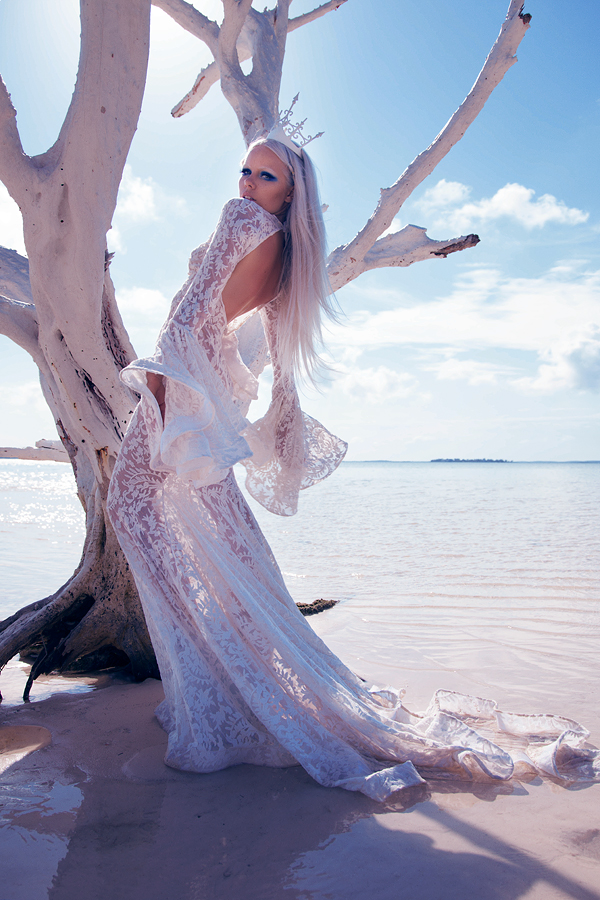 The biggest challenge is the same, regardless of what one does, I believe – To not give up and to stay true.

What piece of advice would you give to aspiring female DJ/producers/vocalists in the industry?

What piece of advice would you give to aspiring male DJ/producers/vocalists?

The same. Male, female, who cares.

I think people will always want to have a good time…I personally am a fan of the vibes that the rave scene started with, when it was more about PLUR and not about table service. I hope that electronic music will take on more intricate vibes musically, and we have so many incredible people working in the scene, I think it will bloom into all sorts of amazing things.

Creating music is when I feel the most alive. I have a studio in my house and if I could never leave, I probably would not. Haha:) 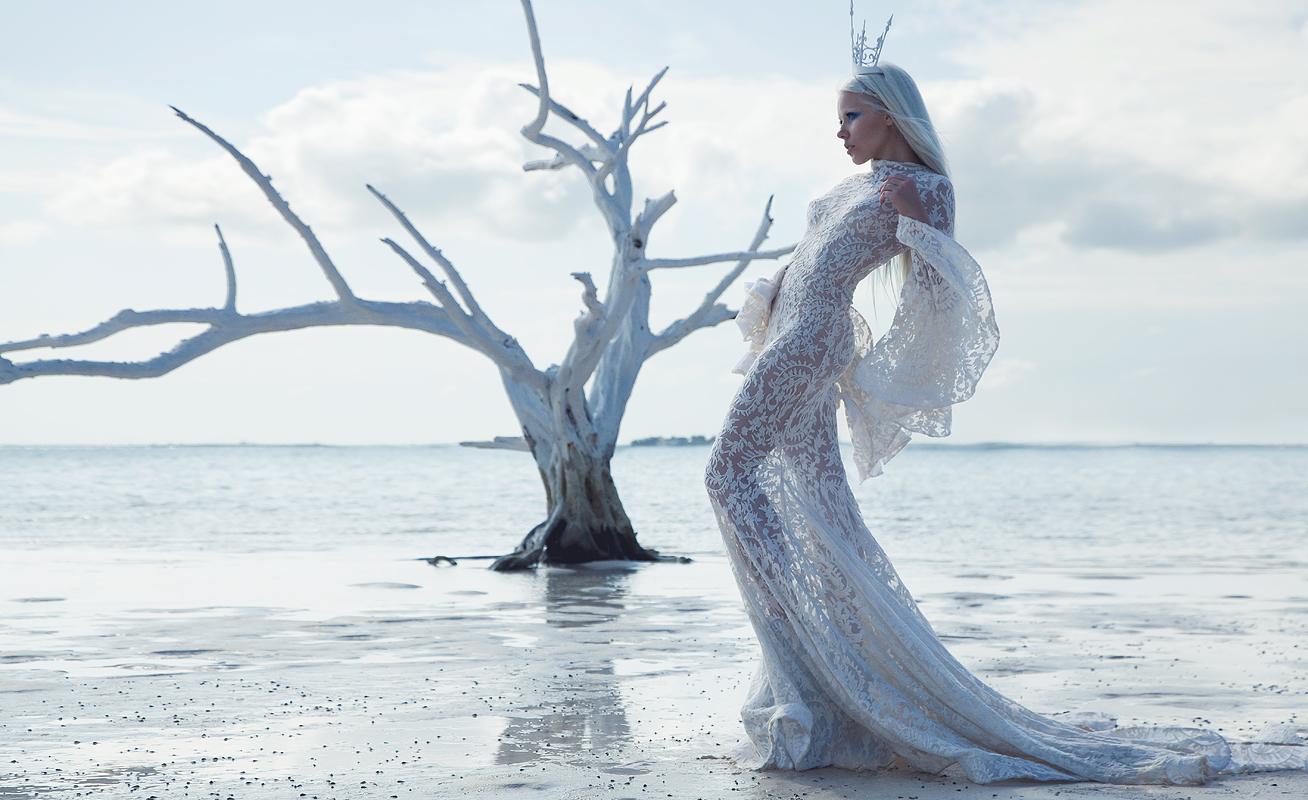 In addition to being involved in music, you also host a fashion blog, where you design almost all of your outfits yourself – what was your inspiration for this? Why do you refer to your blog followers as ‘moon children’?

Moon Children are actually not Kerli fans per se, they are the kids who believe in integrity, love and unity. To mark that commitment, we usually wear the three crystals on our foreheads. Moon Children were a community way before the music, way before the fashion – It’s a way of thinking and wanting to make the best out of our time on Earth.

But yes, my blog is just another thing that I do to create the “BubbleGoth” world. It’s music, fashion, lifestyle….I’m working on my first fashion collections now – so in ten years, I hope to have built an empire. Music will always be the most important part of it but there is just so much to explore!

You’ve worked with some big name artists in the industry including Seven Lions on Worlds Apart and W&W, is there any one in the future you’d hope to work with?

Some of my heroes, like Massive attack, Apparat, Aphex Twin.

What is your greatest regret as an artist?

Not being present. I started songwriting professionally when I was 16 and was always rushing through the sessions where I could have been learning and absorbing if I was more open. When you’re a super young artist you always have a goal in mind, the stadiums you want to play, and you forget to enjoy the ride. I think it’s so important to enjoy the ride. 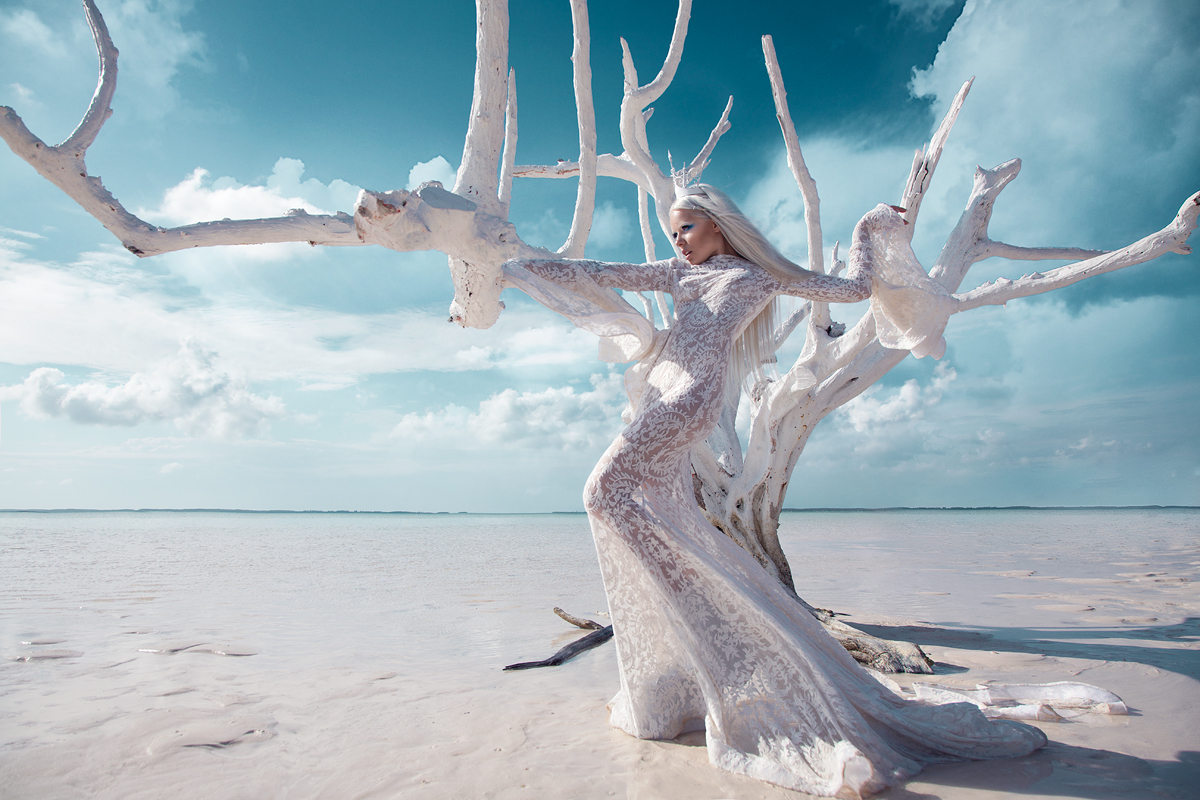 Is the industry welcoming to female artists or have you ever felt as though, because you are a ‘girl’, you had to work harder to prove yourself in order to be taken seriously? What obstacles did you have to overcome?

The industry, I have to say, is not welcoming to the female artists. I’ve had to face a lot of misogynistic and sexist attitudes. A lot of guys in the electronic scene treat girls as if we need a penis to run logic and seem to be surprised when a girl sends over quality productions. I hope to be apart of changing that amongst many incredible girls we have working in the business these days.

Off the beaten path and uncharted everything for me when it comes to fun times – so hiking.

It’s all about the kind of artist you want to be. My favorite female artists were never the teenyboppers and sex kittens. It was more about the music, and in that case, the shallow rules and fears don’t really apply. Of course biologically we can’t help but look at beauty, we’re programmed this way. But, I think for women in general, it is so important to focus on other qualities rather than the outside appearance. Youth and beauty fade…it’s fun to play with these things, but once they’re gone, one should have developed other things in their life that have value and meaning so that the world doesn’t come crashing down when the first wrinkles start to show.

I don’t think it’s the same for men, but again, it’s all about how we choose to live our lives – If we agree to be slaves to this social pressure or not. I personally have made the decision not to be a slave to this fear.

Coconut water. The best thing in the world.

Halloween. You Americans really got this one down. What a fun holiday! I do all my shopping during Halloween, and get tons of gothic stuff for my BubbleGoth headquarters.

Hodor Set To Embark On ‘Rave Of Thrones