The World’s First 3D Music Festival Gets a Line Up

The world’s first 3D music festival will be taking place at the Dunkin Donuts Center in Rhode Island on November 1st. Titled “3DM Music Festival,” it’s still unclear how involved the 3 Dimensional visuals will be, but here’s what the festival organizers stated on the matter:

The 3DM concept employs the power of multiple screens secured above and all around a concert venue, such that the intensity of a light show literally envelops the room. Imagine the experience of being in a dance club as onstage DJs rock the house, with lights swirling and pulsating—only in this incarnation, three-dimensional visuals from a staggering hundreds of LED light panels transform the night into a seeming live-action geometric kaleidoscope of catapulting, chatoyant, flashing full-color lights that literally permeate the audience.

It remains to be seen how successful the project will be as it’ll be the first installment of such an event, but at the very least, based on the line up, attendees should expect to have a rather fun time at the one night festival. 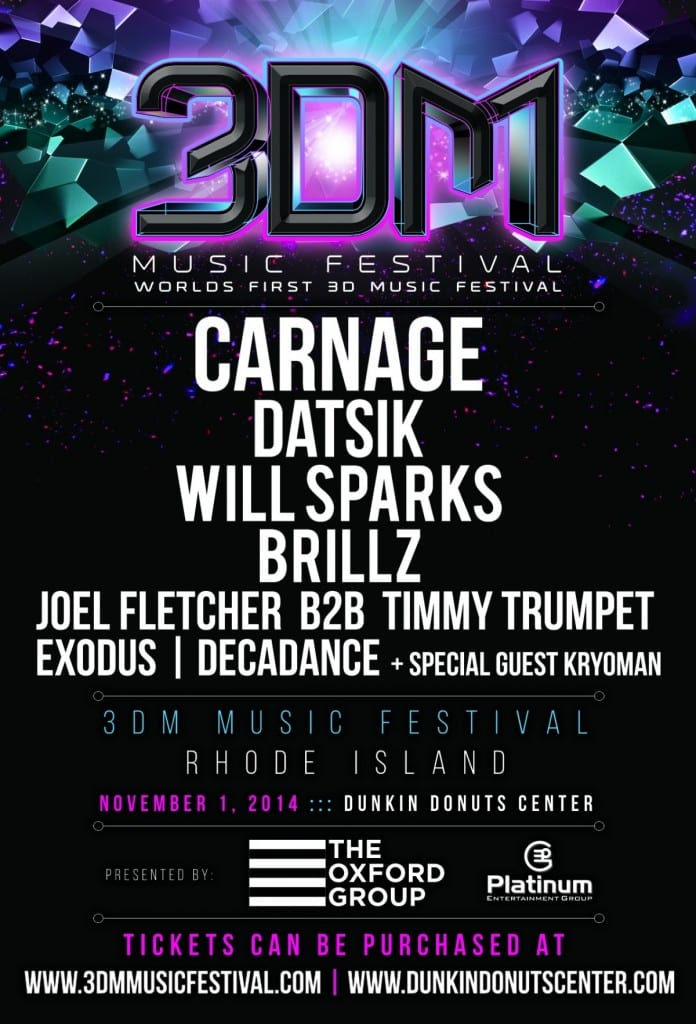 If you’re interested you can grab tickets here: Tickets
Note: The picture above is not representative of the experience at the festival, it’s a shot taken from Kraftwerk’s 3D concerts.