Turns out that the Knife Party album is further from the public grasp. The Australian duo who were members of the drum and bass band Pendulum have unfortunate news for their fans this week. According to a message they sent on their Twitter, Rob Swire and Gareth McGrillen regret to inform us that their album Abandon Ship will have to be pushed away from their end of October release date. Instead, the album is set to come out on November 10th. Although the delay pains many Knife Party fans, the band issued an apology promising a stream of the album to go up in preparation for when the album finally drops.

This isn’t the first time that Knife Party has had to push back their releases. When their Rage Valley EP was due a few years back, fans had to wait an entire month due to issues with the label and missing certain deadlines. When theur Haunted House EP was getting released, Knife Party again messaged to the public that the delay of their music’s release was an issue beyond their control.

Knife Party sent out this tweet earlier today concerning the recent push back.

Here’s the full apology from the duo. 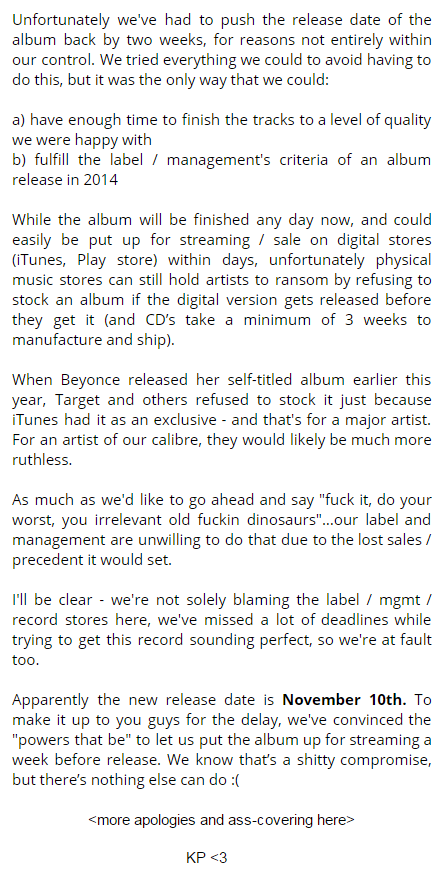