Bobby Puma’s “Manifesto” Is His Best Yet [DOORN]

It’s no secret that DOORN’s Bobby Puma is the artist to watch in 2015 with his bass rattling sound that has taken the EDM scene by storm. In just one year, he’s risen to be on of the most prominent producers around and has earned the attention and respect from DJ’s like Thomas Gold, Dimitri Vegas & Like Mike, and many more. Puma is kicking off 2015 with his best work to date, “Manifesto“, which is personally my favorite release of the week!

The entire message behind the track is very compelling, encouraging not only artists, but creatives in general, not to limit themselves to one genre or one style of work. Bobby Puma follows through with that as “Manifesto” shy’s away from his usual big room style and instead encompasses an intoxicating, trance driven beat that will have you addicted for the entire four minutes. The arrangement is beautiful and is leaving me very excited for what’s in store for this talented artist in 2015. Listen below and grab it at Beatport! 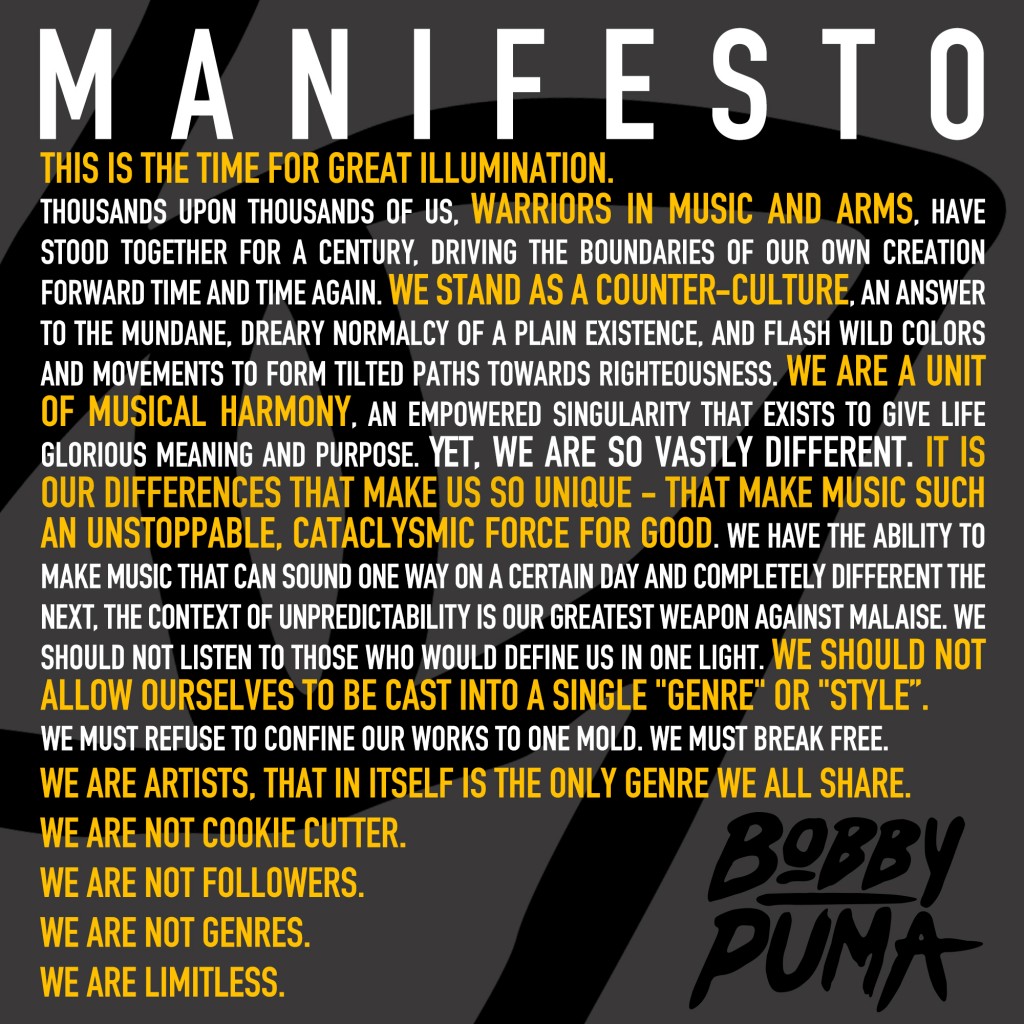