In December 2014, we posted an article about the inspiring individual Kennedy Jones to preview a program that he decided to begin in early 2015 as a New Year’s resolution – #KJPAYDAY.  This program is his way of giving back to his most dedicated fans. So without further ado, here is a guest editorial written by Kennedy about his #KJPAYDAY program and the recipient for the month of January.

In December 2014 I announced that I would be paying one fan’s bill, once a month for the year of 2015. This is called the #KJPAYDAY program.  #KJPAYDAY enables me to directly give back to the #TeamKJ family.  I will be picking a different fan every month for whom I will pay a bill of their choice.  This is all done on a case by case basis but will be at random. I may pick a fan that I meet out at a show, someone that I see constantly supporting #TeamKJ on Twitter, Facebook, Instagram, and Soundcloud, as well as when I see someone who goes out of their way for someone else or constantly is radiating positivity. Some alternate ways to be considered for #KJPAYDAY will be announced on my Facebook/Twitter each month. This is all about YOU. I always want to find new ways to show my appreciation to my supporters. I want my music to touch lives in a positive way but also, I want to go beyond just the music. I want to show you all how #TeamKJ can come full circle and make incredible differences in people’s lives that in turn, make incredible differences in the world. I understand that when the music shuts off after a show, life is in session. There is a life outside of the clubs, venues, and festivals that sometimes could be weighing heavier on our fellows than we even know. I understand that because I have lived it, I still live it everyday. This is a way to help some people that are just like you, just like us. This is a chance to be a part of something bigger than all of us. Your support for #TeamKJ thus far has made this program possible. While supporting the music scene as a whole, you have also already contributed to a program that will help others. I also do this because I know what it’s like to sometimes need a break. WE ALL DO. Anyone that portrays invincibility is a fraud. I want to be able to offer a helping hand to those who need that break so they can reach their goals and hopefully help someone in the process. 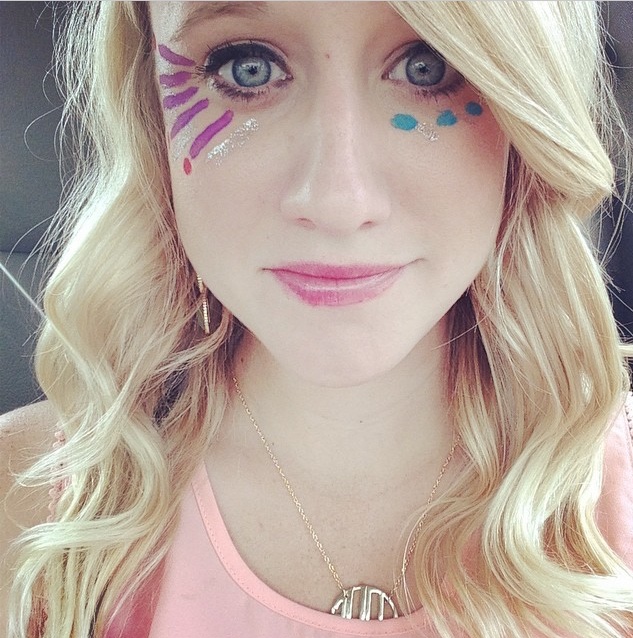 Meet Katy Olsen, the selected #KJPAYDAY recipient of January 2015. After meeting Katy at a show in Dallas, Texas at the Lizard Lounge, she explained to me that her goal was to move to Thailand to teach English to children. Katy had no idea about the #KJPAYDAY program at this point; she was genuinely enthusiastic about this huge life decision and I could just hear in her voice how convicted she was of her cause. Katy graduated from the University of North Texas in 2014 with a degree in integrative studies with a focus in Psychology and Rehabilitation and has been working tirelessly for a finance company trying to make enough money to pay her student loan, among other bills, and to afford her one way plane ticket to Thailand. I reached out to Katy shortly after returning home and told her that I admired her goal and wanted to help her reach it. Her reaction was absolutely priceless. Nothing beats the sound of someone’s voice when you can really help them through something that they’ve been working so hard for. After paying the January 2015 balance of Katy’s monthly student loan bill, I received the following email from her:

“By you paying my student loan bill, I was able to free up a ton of extra money to buy my one way plane ticket to the other side of the world to teach English to children in Thailand.  I couldn’t thank you enough for helping me fulfill my dreams!  I’ll never forget the amazing friends and family I’ve met in this scene, especially you! <3   My favorite part about the #KJPAYDAY program is the fact that you are simply so humble. I randomly met you one night at Lizard Lounge and you had remembered meeting me 6 months prior in the middle of the crowd at Mad Decent Block Party. We talked for about half an hour and you were so down to earth and it reminded me of why I have been in these scene for 5+ years now. Our scene takes such a blow sometimes from the negative press but you reminded me of why we’re all here in the first place. For the music and the love. You are truly a blessing! I’m going to remember this for the rest of my life and be sure to pay it forward as much as I can during my time in Asia.

Being able to help the people that support me is such a gift. It is an opportunity that I could never thank all of you enough for. The constant support and encouragement you all give me, and how strong of a movement #TeamKJ has become in the music world is incredible. This is all about creating music that will connect people whose paths would not usually cross. It’s about being honest with ourselves, growing as individuals, and selflessly helping the next person through the love and spirit of music that binds us. It’s about allowing music to heal us, having fun, and making lifelong relationships. It’s about not letting the “show biz” of “show biz” blind us from seeing the true beauty that comes of the music and the PEOPLE that support it. I am happy to have such an incredible host of fans who are constantly spreading love and keeping it 100 out there in the world. I am proud to have each of you representing #TeamKJ and setting an example for years to come. I will always have my eye out looking for the next monthly recipient of #KJPAYDAY. As we launch into 2015, I will be releasing more music, playing more shows, and organizing #TeamKJ volunteering projects across the world so that I get to work with all of you in person making a difference in your community. This has been an incredible journey and as we continue to grow, I cannot tell you how grateful I am to be doing all of this with YOU at my side. I want the hashtag #KJPAYDAY to be used not just to represent this program, but to represent a movement that involves helping others. Use it freely and spread the word and vibes! I love all of you and cannot wait to see you on the road someday!

#KJPAYDAY Requirements of Recipient if Selected:

–Must provide a scanned copy of the bill you want paid.

-Amounts are reviewed on a case by case basis.

-Recipient must be 18 years of age or older (Or with written parent consent to participate).

-Selected participant may be asked to provide a photo and some personal information to be shared in the recap of their selection.

To contact Kennedy Jones #KJPAYDAY about this program, please send an email to [email protected].  Please understand that not all emails may get a response depending on volume, but they will be checked and read.  For Management/Press inquiries, please contact [email protected]