by Your EDM Staff
in Events

Tropical House herald and founding father, Thomas Jack, has risen to high prominence within the EDM scene, as the genre and movement he helped develop started gaining attention and fan support. Famous for his hour long tropical mixes, the Australian producer and DJ is getting ready to embark on a 13 stop tour across the United States, bringing with him, summer vibes, sunglasses and much needed tropical goodness for these winter months. Thomas is also going above and beyond as lucky Brooklyn fans can expect a very special performance by Thomas at Output on February 19th. Thomas is planning on performing for a full straight 8 hours, so for all those who plan to attend, come prepared. This will reportedly be the longest set ever played at the venue. Here’s what the artist exclaimed about his tour and his special 8 hour performance:

If you’re interested in attending, you can grab tickets here: Thomas Jack – Tickets 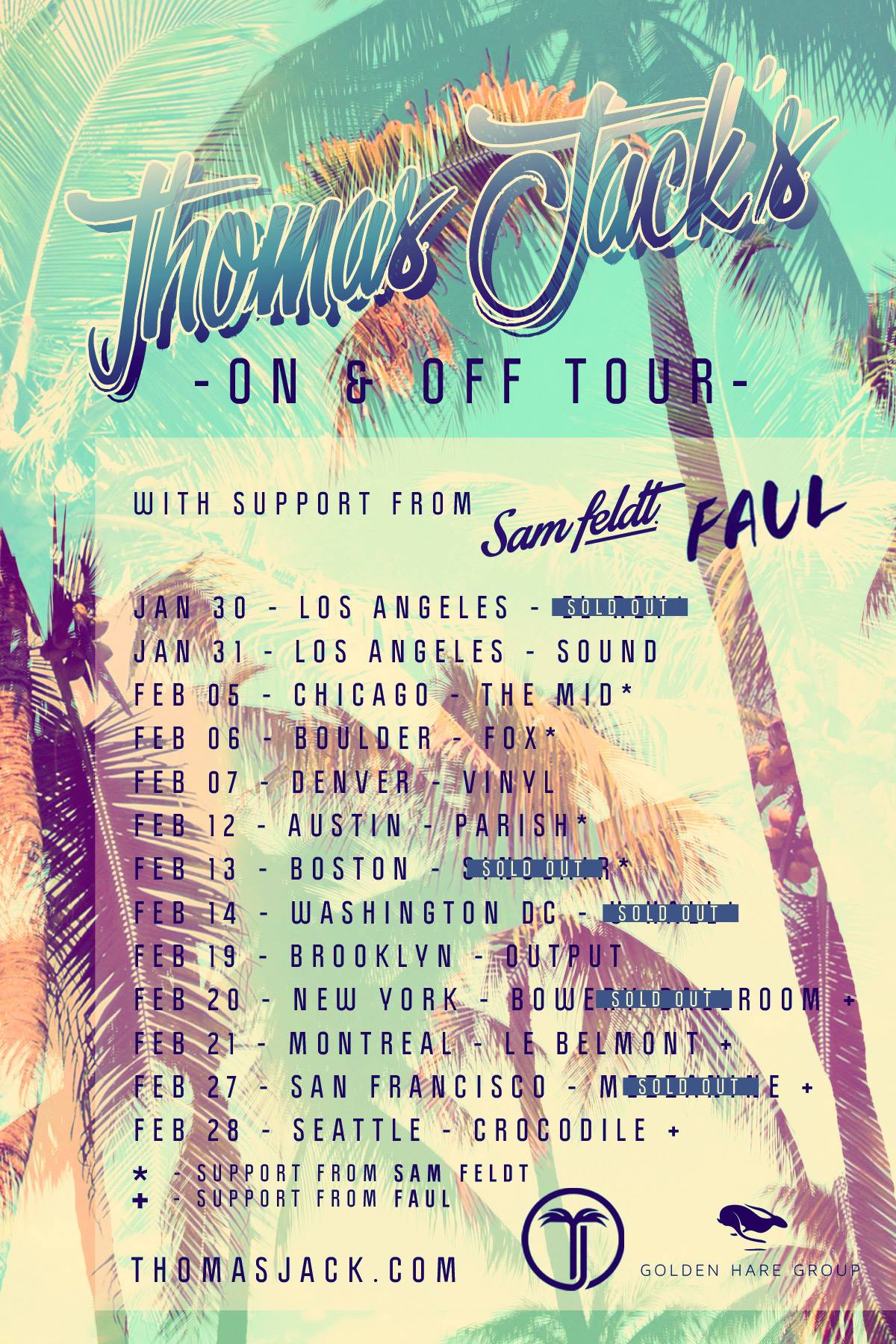 Your EDM Premiere: Terravita – We Can Do It Too [Firepower Records]