When the first phase of the CRSSD lineup was revealed back in December last year, it was lauded for toeing the line between underground and sub-mainstream. (Is there a word for what lies between “underground” and “mainstream”? There should be.) With headliners like Empire of the Sun and Chromeo on one stage, and Maceo Plex and Seth Troxler on others, the festival boasts a good deal of diversity while still maintaining a rather high dance factor.


Now, less than two months until the festival opens its gates, Phase 2 has been announced and it just continues to astound and astonish. Added to the lineup are –

There are a lot of names that on their own would score a decent amount of hype, including sets from both Lido and Trippy Turtle, aliases, and James Murphy is certain to bring in a distinct crowd of his own. The full lineup is below, now sporting a b2b from Seth Troxler and Jamie Jones, as well as Simian Mobile Disco b2b Roman Flügel. Tickets are available for purchase now from the CRSSD website. 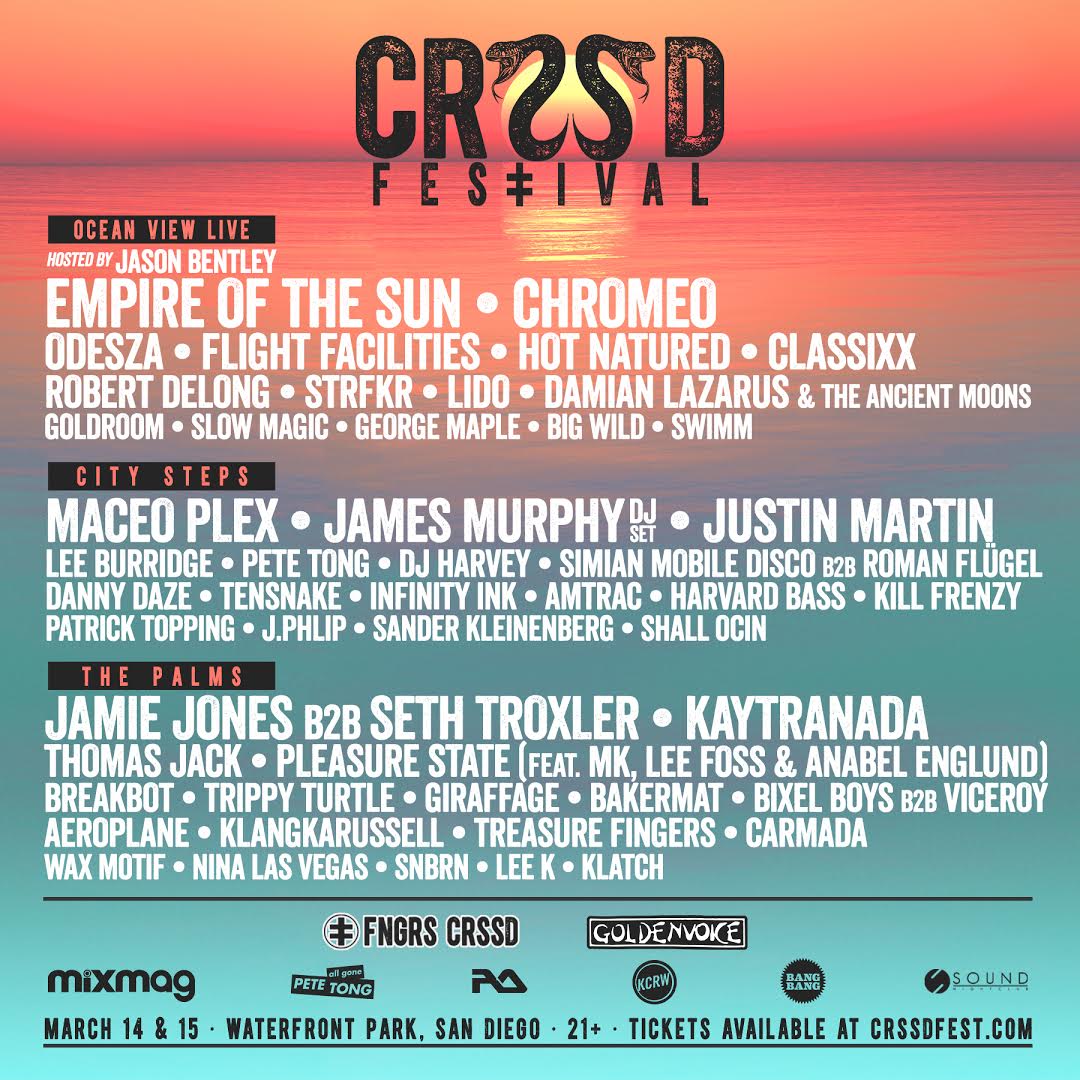 SirensCeol – Memories of a Distant Past EP [Name Your Price]