by Matthew Wolfe
in EDM News, Events, Featured, Worth Sharing

Yes, you read that right. And, yes, this might just be the most meta party of the year thus far. It’s 100% real though; New York’s most prominent Breaking Bad themed party will be headlined by none other than the show’s own Walter Jr..

Walter Jr., AKA Flynn, AKA RJ Mitte, is set to take the stage at BB King’s Blues Club in Times Square on April 10th. Clearly, the young actor has been taking advantage of his newfound free time now that the hit series has ended. With that in mind, Breaking Beats will be a true showcase of his DJ skills, which up until now have only been rumored. Hosted by Good Looks New York and Decadence, the event is sure to be quite the experience.

For those in the area and interested in attending, tickets for both 21+ and 18+ entry are available here. 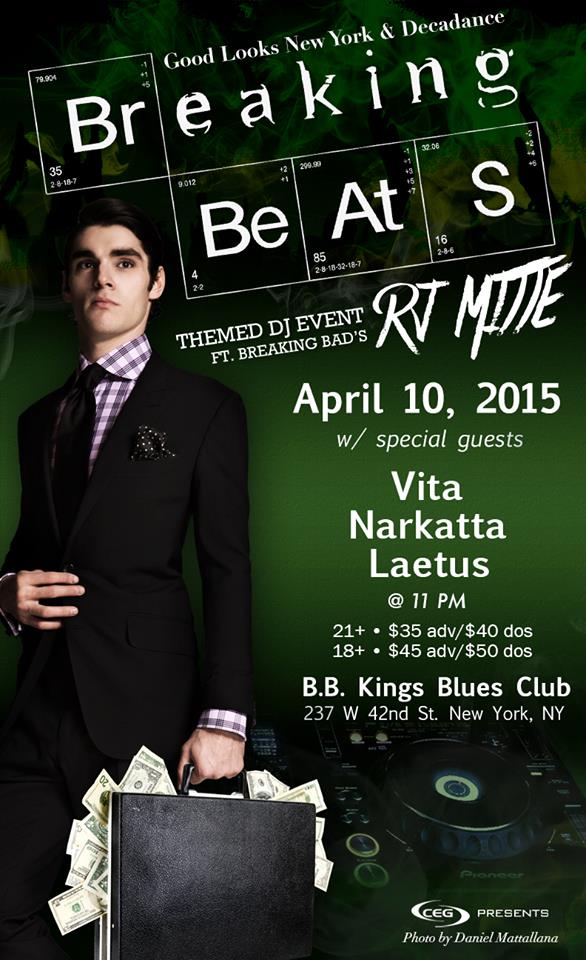