Tomorrowland sold out in about seven minutes this year, as it has for years upon years past, and for damn good reason. The legendary festival has been held in Belgium on an annual basis since it’s inception in 2005 and continues a legacy of being the highest demanded music festival in the world.

Featuring the best of main stage DJ’s from around the globe, Tomorrowland prides itself on an unbeatable lineup. This year they’ve announced several special additions, including an all-vinyl stage; and the announcements just keep rolling in.

Today they have dropped phase one of their lineup announcement, with the likes of Alesso, Armin Van Buren, Hardwell, Martin Garrix, Sven Vath & many more on this initial release. Check out the entirety of the list on the flier below and let us know what you think about the early stages of the lineup for Tomorrowland 2015. 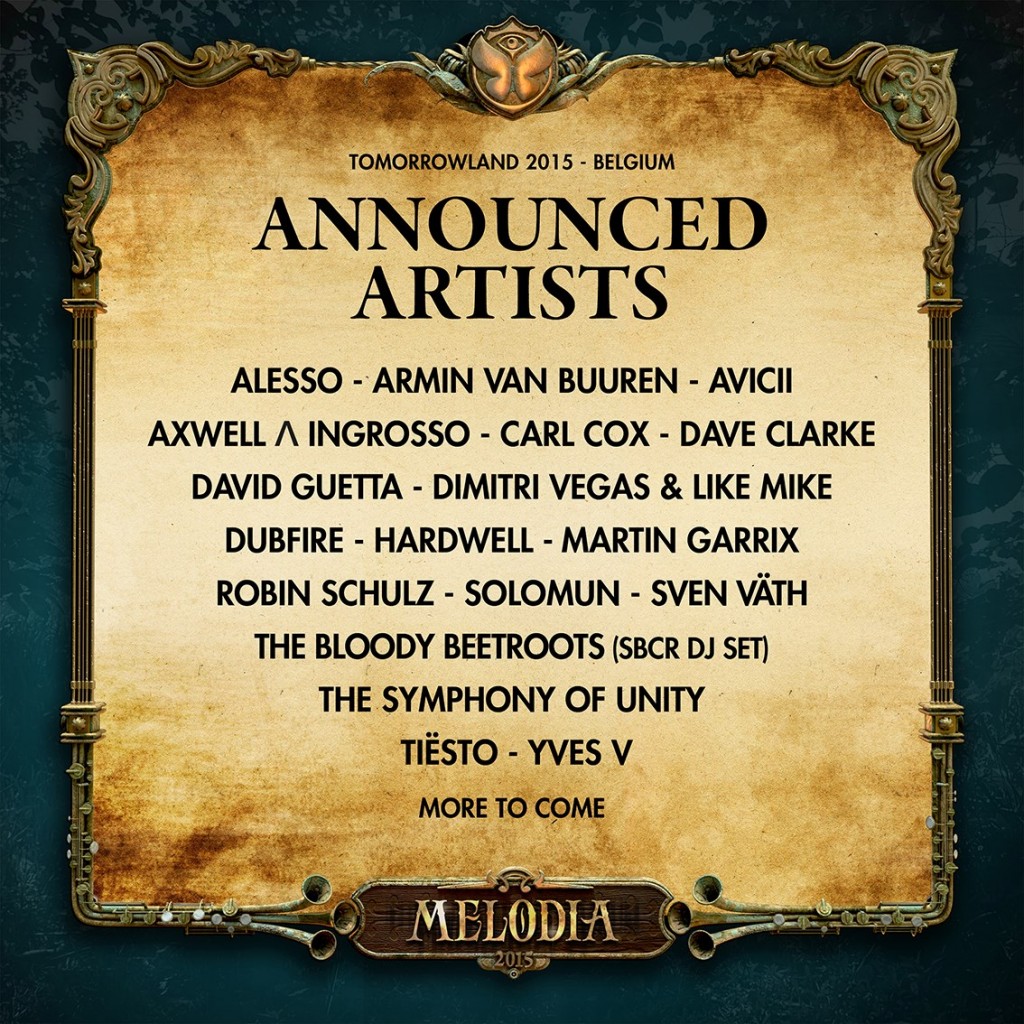