Ultra Music Festival – Miami is set to take center stage in kicking off festival season just two weeks from now. In conjunction with this celebratory start of the EDM year Ultra Japan dropped their touching aftermovie for the first inaugural festival held in Tokyo, and now Ultra Worldwide has announced two new locations.

Set to take on the Asiatic market, Ultra is taking their talents to Macau in June and Bali in September. Both are treasured tourist destinations due to the rich culture and exotic location, and when coupled with a burgeoning nightlife it would appear an ideal place to introduce a new music festival.

These new locations are in addition to planned stops in Korea and Thailand as well as the aforementioned Japan. Although the Macau and Thailand locations are single-stage offshoots of the traditional festival, entitled “Road To Ultra.” You can find more information here. 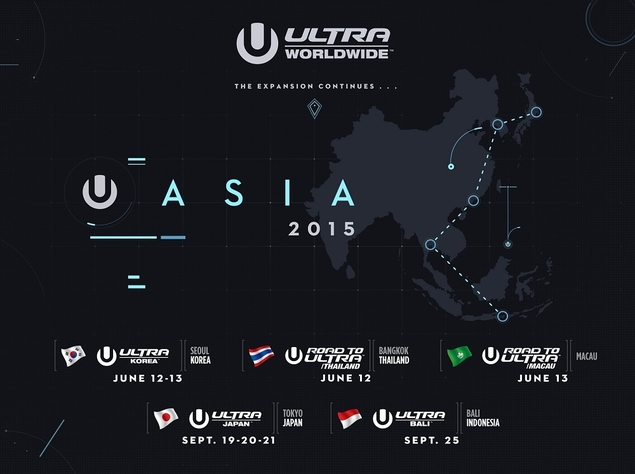 This 6-Hour Dusky Set is Perfect for Any Occasion