On the eve of Lucky 2015, USC Events has officially announced their headliners for the Paradiso Festival coming this summer. Revealed this morning via the radio, the headliners are a step in a new direction compared to the previous years which hosted more progressive headliners, such as Tiesto and Kaskade. This year, 40,000 fans will be greeted by headliners Skrillex, Martin Garrix, Knife Party, Alesso and more. The stacked lineup is creating quite the buzz on the internet as fans rush to secure their tickets. Selling out each year, the Paradiso Festival is quickly becoming a bucketlist item for fans and DJs alike.

Paradiso Festival is hosted at the beautiful Gorge Amphitheater this upcoming June which has been ranked on of the most beautiful venues in the world. Whats better than natural beauty and amazing music?

You can check out the headliner announcement below and make sure to grab your tickets here. 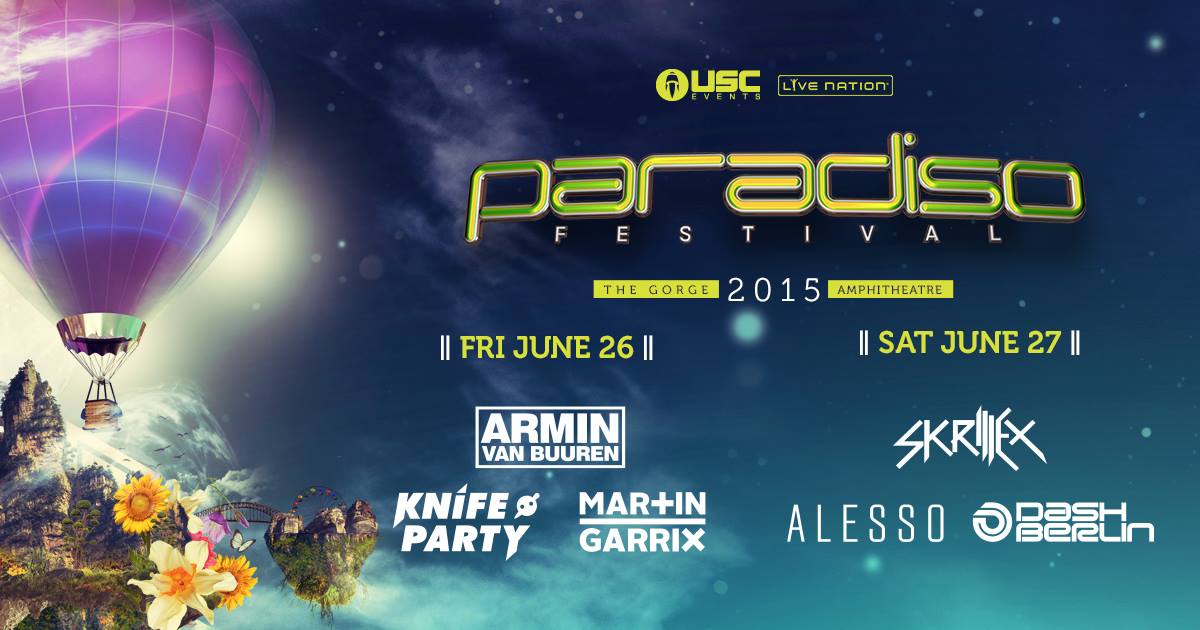