When I was little, my mom signed me up for piano lessons. I played the easy tunes, “Chopsticks” and whatnot, and people told me that I was pretty good (as good as a 6-year-old can be). However, I quit. I wasn’t a particularly attentive child and so this wasn’t really a surprise to anyone, but even now I feel like certainly could have benefited from having some musical knowledge. To those of you who persevered and fought through the tedious hours of practice, I salute you. In fact, I salute one individual in particular – Haywyre.

He’s been studying piano since the age of six, and grew up with a penchant for music in Austria when he was little. He later returned to the U.S. and began making music as Haywyre around the age of 17. Now at the age of 22, Martin Vogt has released six albums, two EPs and numerous singles. He signed with Monstercat in 2013 and has become one of their flagship artists, and for good reason. He was in fact the first artist to release an official LP on Monstercat, Two Fold, Pt. I.

Monstercat is growing into one of the best established labels in the electronic music world and is signing some serious talent recently. It’s definitely a privilege to be the first to release an LP through them.

It takes a great amount of talent to make a successful label stand up and take attention. With years and years of technical musical training behind him, and five years of serious producing practice, it’s a no brainer that Haywyre would become the cornerstone that he is today.

Haywyre has just finished his first ever headlining tour, traveling around eight cities in the U.S., plus Vancouver. Some of them he has visited before, others he hasn’t, but the goal never changed.

I’ve mentioned this before, but I want my sets to be inspiring. I want people to walk away from that night and have a child-like longing to create. 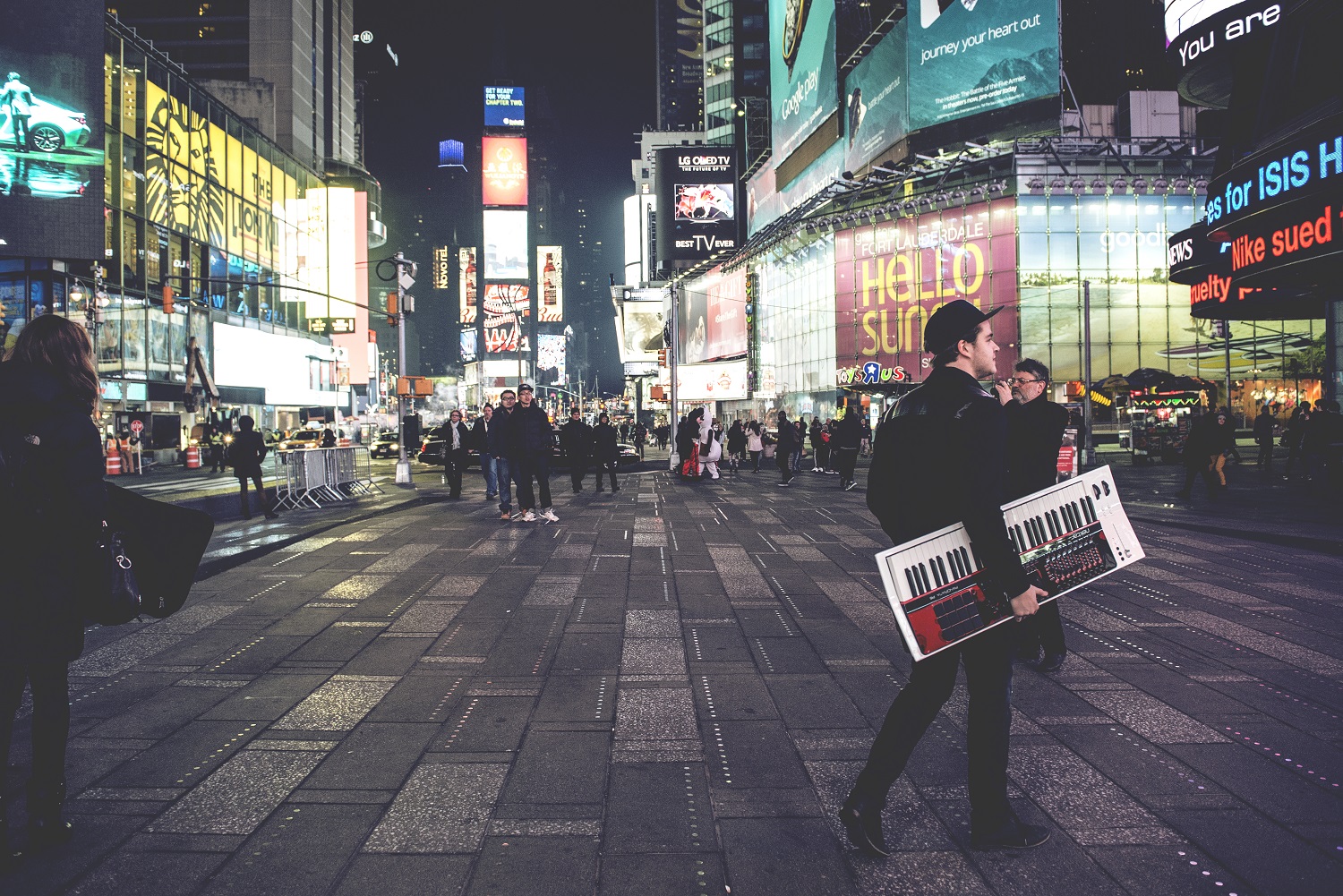 For an artist to go into a set, to have the mindset of playing live, and have the desire to leave the listeners with a appetite for production of their own is a unique goal. I’ve spoken to numerous producers about the same topic – how they want the crowd to feel when they step down from the stage. Most speak about the fun times and raging that will ensue. In fact, I would say that that comprises a good 90% of the answers. For many DJs, providing the greatest party is the end goal. And that’s not to say that Haywyre doesn’t make his fans dance, on the contrary. But to think about the future of music from the listener’s perspective first is rare.

Martin Garrix often talks about how he was standing in the crowd at Ultra one year and was playing the mainstage a year later. To me, that seems like exactly the kind of inspiration that Haywyre wants to impress upon his audience.

Experiences form our [Musician’s] tastes, and our tastes form our music.

It’s such a simple quote, and really something that anyone can take to heart. Without experiences, it’s difficult to develop your own identity. Whether you’re a writer that needs to read, or a producer that needs to listen, the obligation to open yourself up to the experiences of others is tantamount. Isolating yourself within your own secluded experiences does not allow for growth and will eventually stifle any creativity that you might think you have. And so it was that Haywyre left school, moved to Vancouver, and began producing full-time. But the transition was not exactly smooth, and did not engage his creativity at first.

It was quite the opposite. Moving to Vancouver presented so many changes in my lifestyle that previously felt predictable that I wasn’t able to cope with it initially. I had a perfectionist attitude after moving; everything I would make from here on would be absolutely amazing, because if I can make what I’ve made in the past while being in school, then what I can make while I’m a full time musician must be even more incredible right? Well, as it turns out, my standards were unrealistically high and I needed time to get used to everything that has changed in my life. New equipment, new DAW, new people, new apartment, let alone a whole new country. Until that point, the biggest changes I was experiencing in my set up was getting a new VST for the first time in several months.

I’ve been listening to Haywyre since before his Monstercat days, around the time of his third album, Dubsonic. It’s weird to think to myself how I’ve watched him grow as an artist and test the waters with new sounds, even though he and I had never met prior to last year. I asked him a bit about the only two EPs he’s ever released, Draw The Line and Encompassing, and while he’s proud of the work he’s done, he notes that those were more experimental works for him, during a time when his sound was still developing. In my opinion, though, it’s a rare thing for Haywyre to put out a track that is anything less than phenomenal.

I am constantly looking, finding and stumbling upon new inspirational artists and ideas and I create based on what I enjoy most in all of them.

It’s that drive and determination to always better himself that makes me really admire Haywyre. At such a young age, he has the skill and determination necessary to achieve even greater things. He’s working on Part II to his Two Fold series, as well as “an audiovisual project that is sure to take a long time to finish,” he says.

As for what’s going on now, Haywyre is heading to Austin for SXSW with the rest of the Monstercat crew for a very special showcase. If you find yourself there, I wouldn’t miss this one – featuring Haywyre, Aero Chord, Razihel, Au5, and Grabbitz. 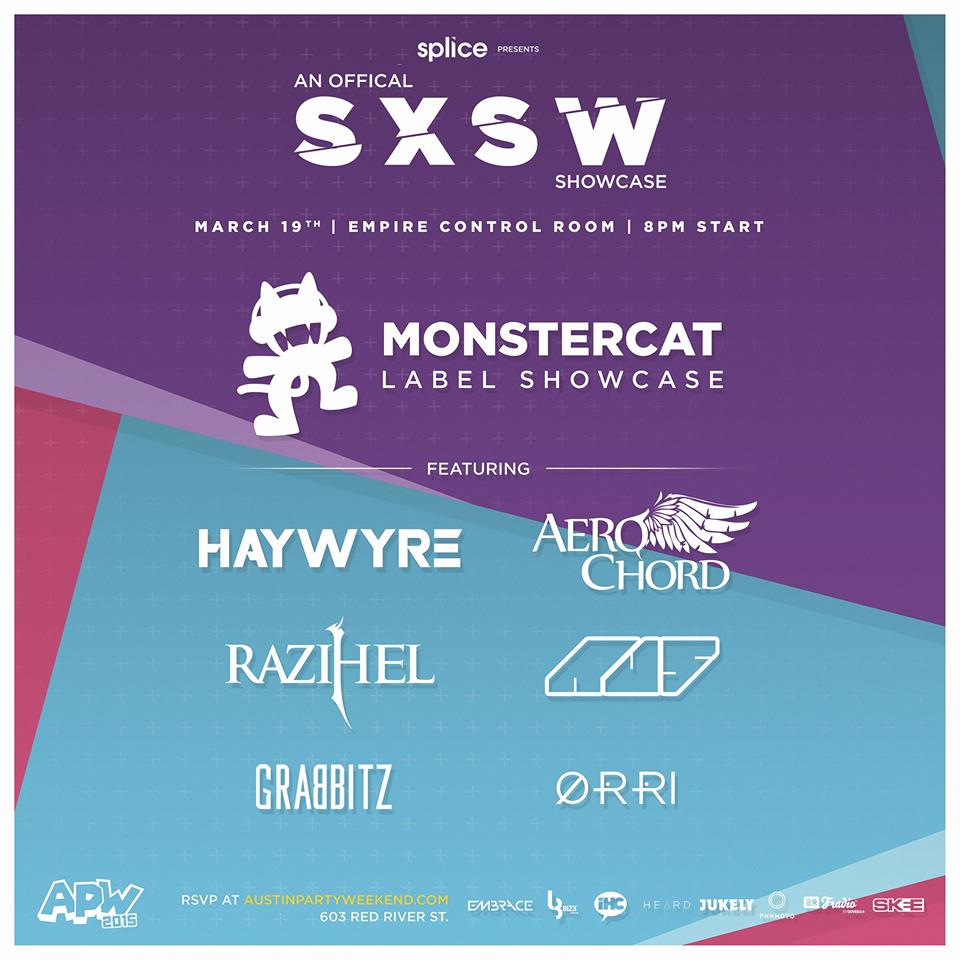