Tomorrowland is further solidifying its place as one of Europe’s premier festivals through an unparalleled experience, production and most of all diverse and exciting music. ID&T’s hallmark Belgium event continuously seeks to improve its artist roster by giving the artists and labels the ability to curate their own branded stages. Two of those were just recently announced, the first being Jamie Jones and his Paradise stage which will feature acts such as The Martinez Brothers, Cajmere and many others. Second is Richie Hawtin who will be presenting his Minus stage, alongside Gaiser, Justin James and other techno pros. This announcement serves to contrast the earlier phase 1 reveal which focused on main stage acts such as Martin Garrix, Hardwell and others.

You can view both stage lineups below: 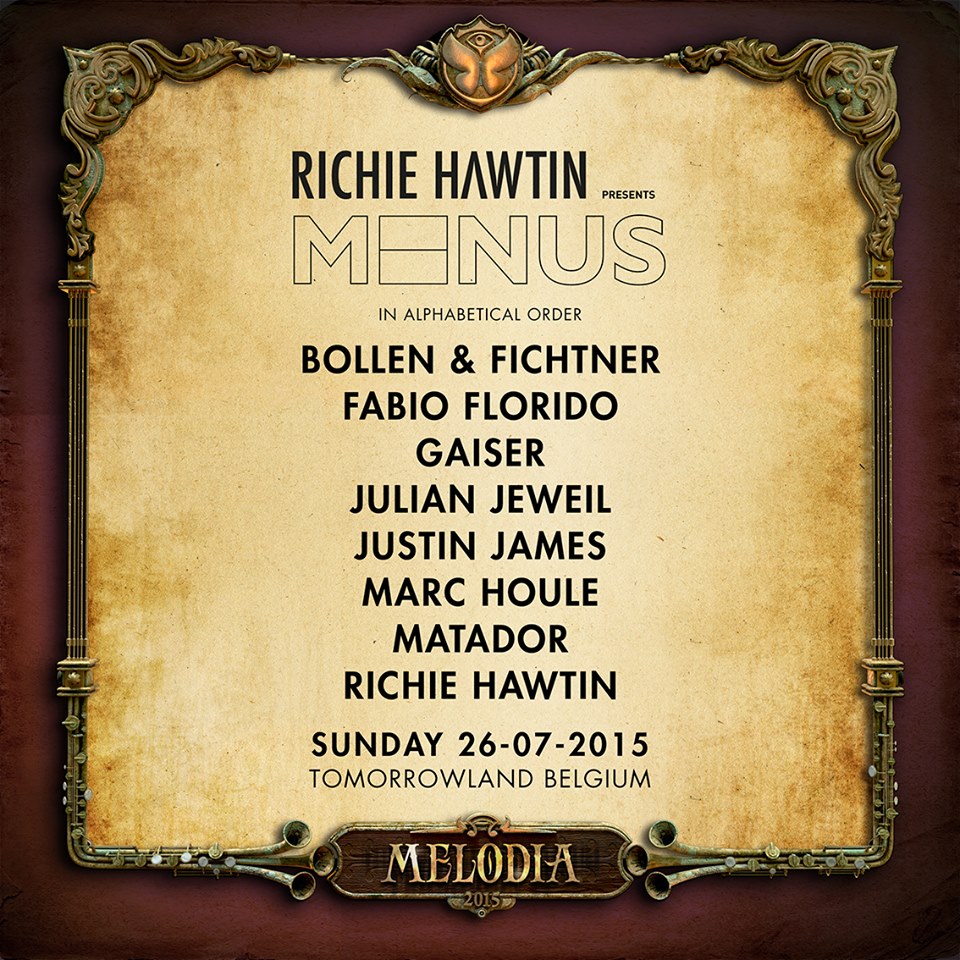 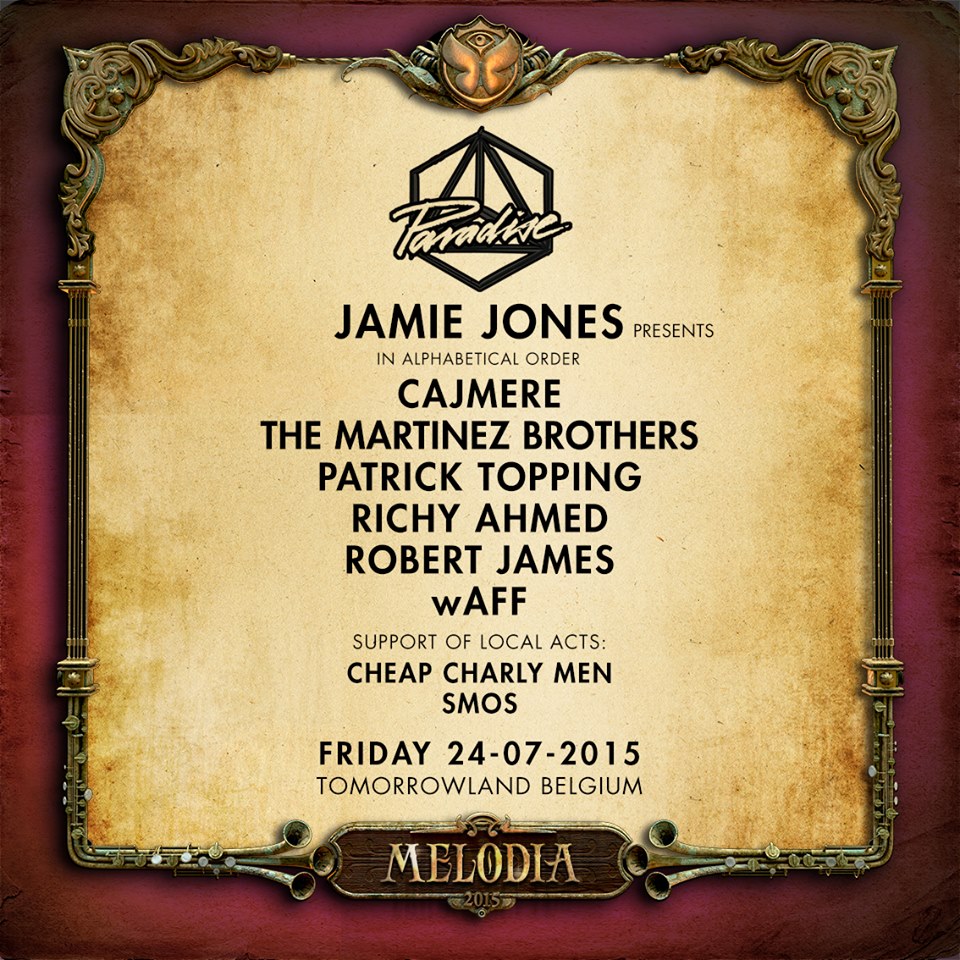