Krewella To Premiere Their New Track At OMNIA Nightclub

Earlier this week we reported that Krewella would be releasing their new track “Somewhere To Run” within the next few days and tonight, they will be playing it out for the first time at OMNIA Nightclub.

“Somewhere To Run” is Krewella’s second track since the departure of Rainman and with the whole internet watching the duo, they are planning on coming back with a big bang. The new track will be released on Columbia Records on March 23rd, a few days before Ultra Music Festival.

Krewella will be making their debut performance and announcing their residency at OMNIA Nightclub:

“So excited to start our residency at Vegas’ newest club Omnia! If you want a feast for all 5 of your senses, you gotta come out for a show.” – Krewella

With tickets still on sale, you could be one of the lucky people to hear the track for the very first time. For those who cannot attend, Krewella’s new track is due out next week. Grab you tickets HERE 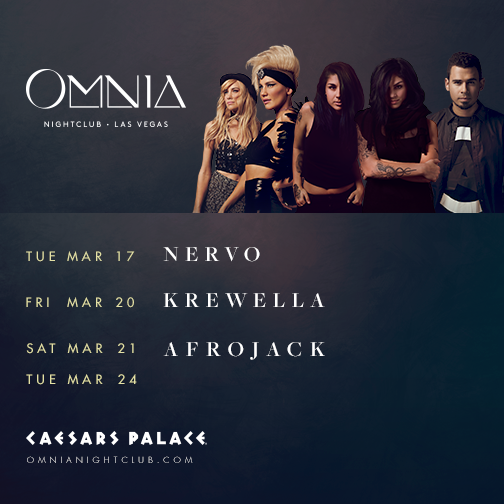 Skrillex Only Selects The Best

Jack U ft. Justin Bieber – Where Are U Now (Sokko & Lyons Remix)

Jack U ft. Justin Bieber - Where Are U Now (Sokko & Lyons Remix)