There are certain festivals that have become known as the biggest and best around. For EDM, that includes Electric Daisy Carnival and Ultra Music Festival. For other multi-genre fests, you’ve got ones like Sasquatch, Coachella and of course, Lollapalooza. Coachella may only be a couple weeks away, but Lolla has effectively brought all eyes on itself as their team just released an absolutely staggering lineup.

For sure, you’ve got the typical EDM acts – Bassnectar, Nero, Kygo, etc. – it’s not really a surprise anymore. Smaller acts like Hermitude, Black Tiger Sex Machine, and SNBRN round out the list and make it more equal. It’s interesting to note how far down Boys Noize and What So Not are, however, considering their huge status and ability to headline tours. But I suppose when you’ve got headliners like Paul McCartney and Metallica, you can afford to shove a few names down a bit.

Lollapalooza will be held July 31 – August 2nd. GA Tickets have already sold out.

Watch the aftermovie from 2014 and get hyped. 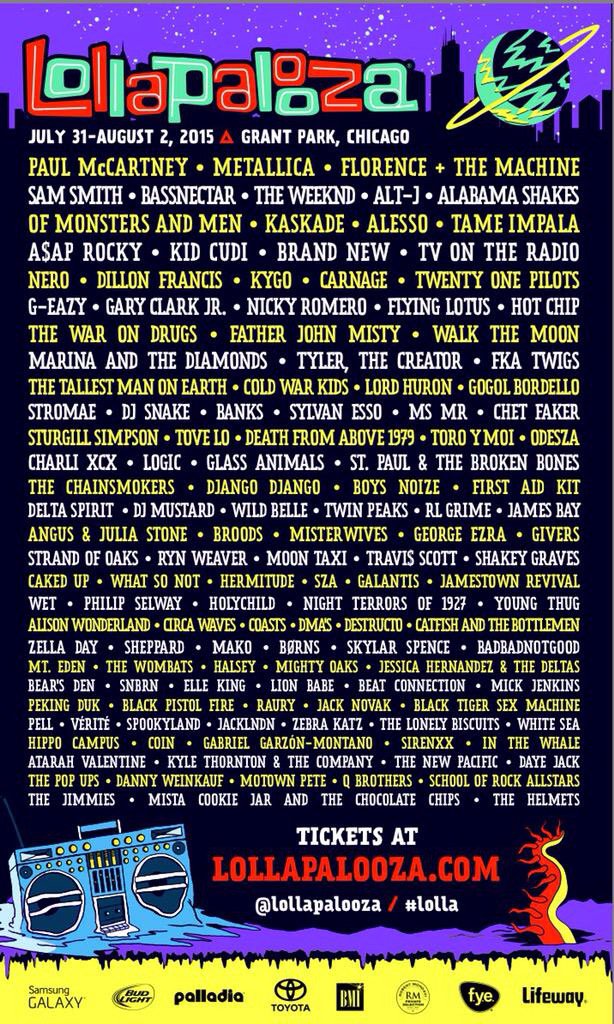