With this past weekend’s Ultra Music Festival done and gone, festival season is officially in full swing. EDM social media will be bombarded by festival line up after festival line up from now until the end of summer and if history is any indication, the second most frequent question after, “Why wasn’t <insert favorite DJ here> on the lineup?” will be “Umm, why are there so few (or no) female DJs?”

Indeed, the topic of women (or lack thereof) in dance music has been ever increasingly brought up over the last few years in blog posts and social media, yet very little seems to have changed. This now famous infograph displaying the results of Thump’s survey of last year’s major festival lineups showed the percentage of women didn’t even crack 10% and most hovered around 5% or below. In the last month, there has been a smattering of blog editorials addressing the issue, the most recent being Pitchfork.com’s editorial criticizing the overall depiction of women in EDM and Walmer Convenience’s poignant piece of what he perceives is the Catch-22 of being a female in the industry. Prior to that, YourEDM’s “30 Under 30” editorial drew heavy criticism, including a Thump post mocking the list for only including one female (technically two) submission and further jabs were taken in Thump’s response to Pitchfork.com’s editorial (ok Thump, we get it).

Why this gender imbalance exists continues to baffle even industry insiders as pointed out in last year’s USA Today column on the subject and honestly, I don’t have a clear reason myself. So instead of focusing on the “why,” this series aims to focus on the “what are we going to do about it?” True, there’s already been pieces highlighting female DJs here and there, most recently LA Weekly’s “10 Female DJs Who Ruled Before the EDM Brofest” listing female DJs who made names for themselves before the EDM explosion and Billboard’s “15 Female DJs You Need to Know.” Even YourEDM has an ongoing feature called “Shifting the Spotlight” that continues to highlight women in the industry through in-depth interviews. But we’ve decided to go “von deeper” (apologies DJ Hanzel). Every day through the month of April, I will be profiling female DJs in a variety of genres because as this string of tweets so aptly put it: 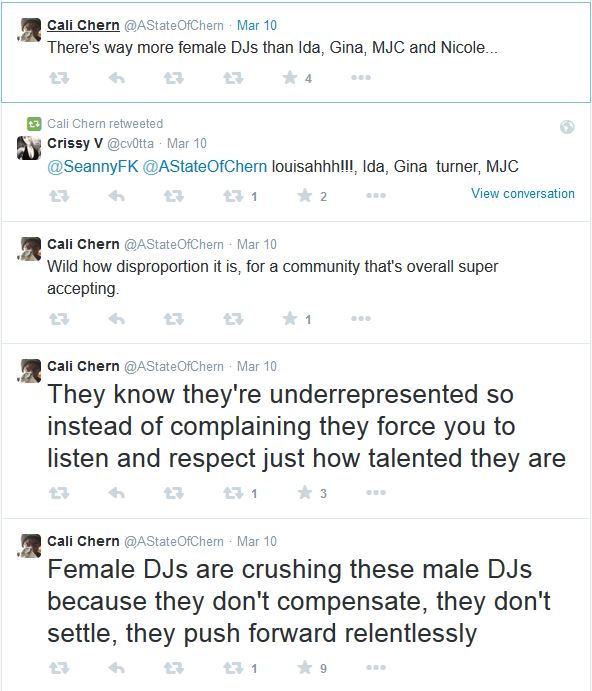 That being said, let me clarify: the objective of this series is to highlight both up-and-coming and lesser known female DJs, so big names like NERVO, Krewella, and Annie Mac will not be featured. In the interest of broadening this spotlight, I’ll also avoid overlapping anyone on Billboard‘s list and anyone profiled (or soon to be profiled) in our “Shifting the Spotlight” series. Hopefully by the end of this 30-day project, everyone will have found at least one new favorite amongst the group and over time, start finding some of these extremely talented DJs at a festival near you.

The first in our series, and probably the most well-known thanks to her recent residency on BBC Radio 1, is British-born DJ Hannah Wants. A child of the UK garage scene, the self-taught DJ began her career at the age of 17 and dedicated the summer of 2010 to Ibiza to build her reputation as a skilled and brilliant young DJ. She would go on to make a name for herself winning competitions and earning major residencies on the island, building a major hype that would follow back to her native Birmingham. Once back in the UK, she continued to showcase her talent behind the decks, playing 2.31 and 10.31 Rainbow Warehouse and in 2013 she released her first track “Dappy” with Chris Lorenzo through Food Music.

Since then, her career has continued to gain momentum, while developing notoriety for her hard-hitting bass house style. Her tracks and mixes have continued to gain popularity amongst house music fans and Hannah has proved to be ever appreciative of her fan base, curating bi-monthly mixtapes that she offers free for download via her SoundCloud. Rolling on through 2015, Hannah shows no signs of slowing down, finding herself featured on numerous festival lineups throughout Europe and kicking off her two week North American tour beginning this month. 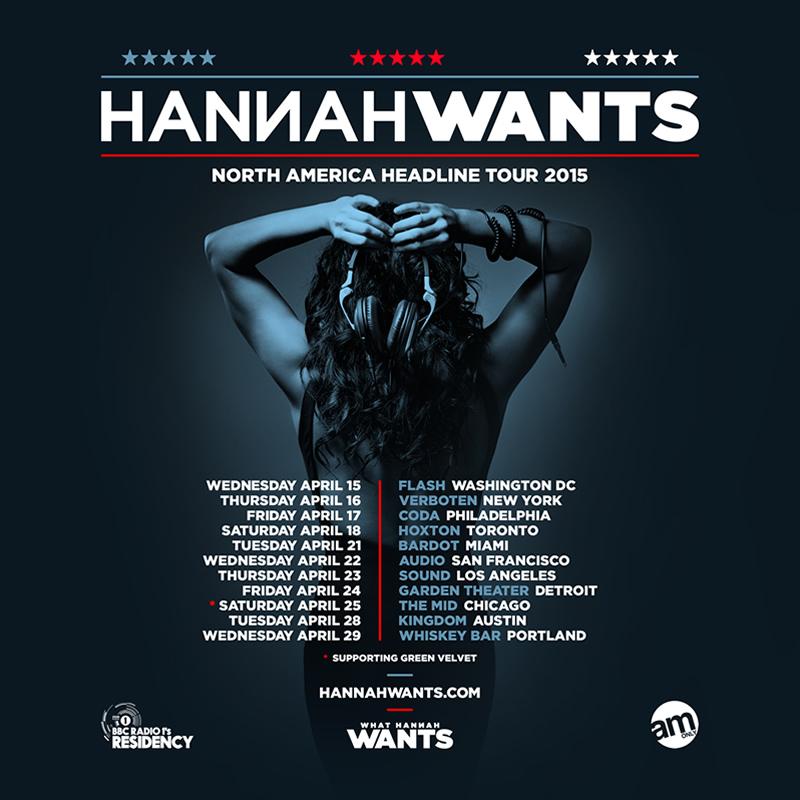 Check out some of her mixes and find her online at:

Jahan Of Krewella Responds To #UNPLUGGEDgate