One of New York’s hottest and most talked about festivals is The Governor’s Ball. With massive acts like Deadmau5, Björk, and Flume, it will undoubtedly repeat itself as the most inclusive and widely representative accumulation of current music’s best artists. Today, the festival revealed a list of their highly anticipated after parties called “After Dark“. If the enormous roster wasn’t already enough impetus to buy a ticket, these late-night features will surely have you booking flights to the Big Apple in June.

Hosted by Bacardi, the After Dark parties will see live DJ sets by Little Dragon, Big Gigantic, Deadmau5, Hot Chip, Flying Lotus, SBTRKT, Gorgon City, Odesza and many more. These acts will be playing at some of NYC’s most intimate venues, ideal for the true music lover. As the date comes closer and closer, fans must make sure to include these shows in their weekend plans. The official site is also offering a raffle for free tickets to each of the performances. Take a look at the full list below, and let the hype begin. 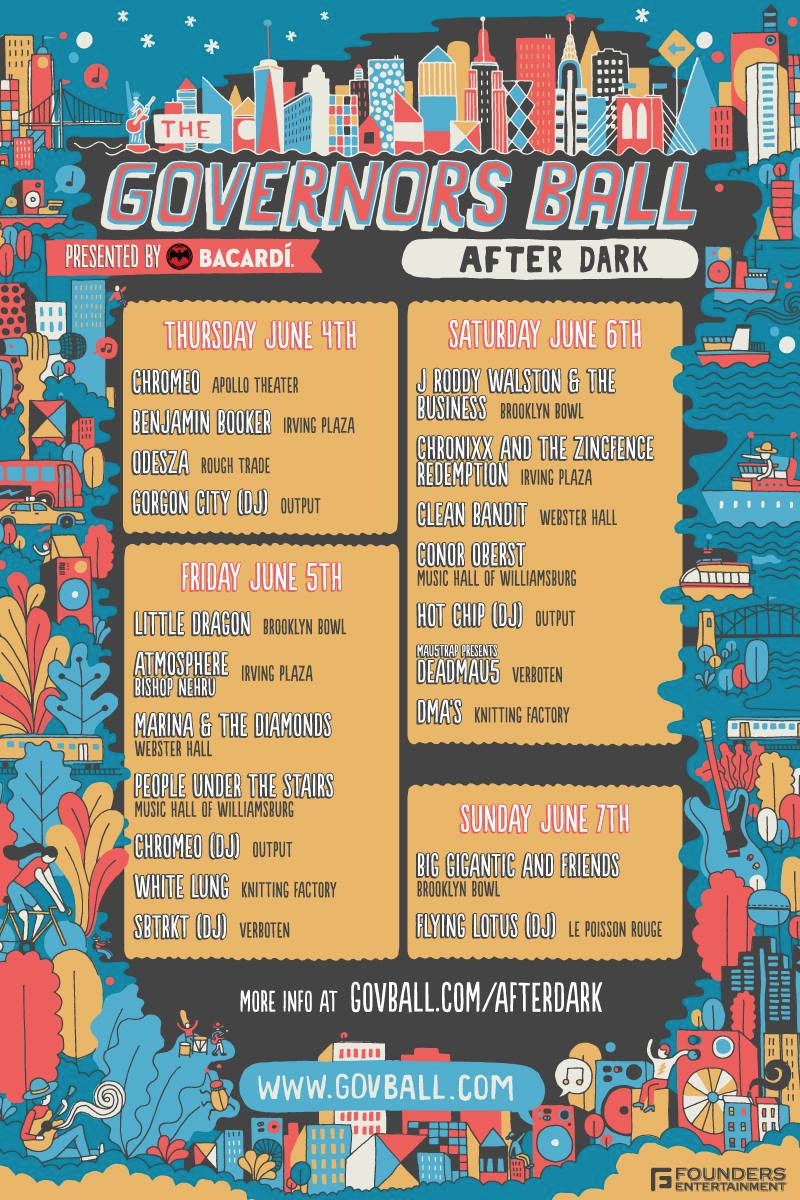