Kaskade Puts EDM In The Spotlight At Coachella

“The last four or five years we’ve really been ramping up the popularity, and there’s starting to be more characters in this genre of music that people are starting to identify with. It’s happening, and we’re maturing as a genre… This is certainly electronic music’s time.”

Those are the words of 44 year-old house producer/DJ Kaskade who was the sole EDM act to grace main stage of Coachella over the past two weekends. Not only did he grace main stage with his melodic house chords, he packed it front to back as evidenced by the below aerial shot of the crowd. In an exclusive interview with Mashable, Kaskade says “I’ve been working for this moment my entire career,” a moment where he thrust electronic dance music boldly into the spotlight of the mainstream music industry over the span of two weekends. 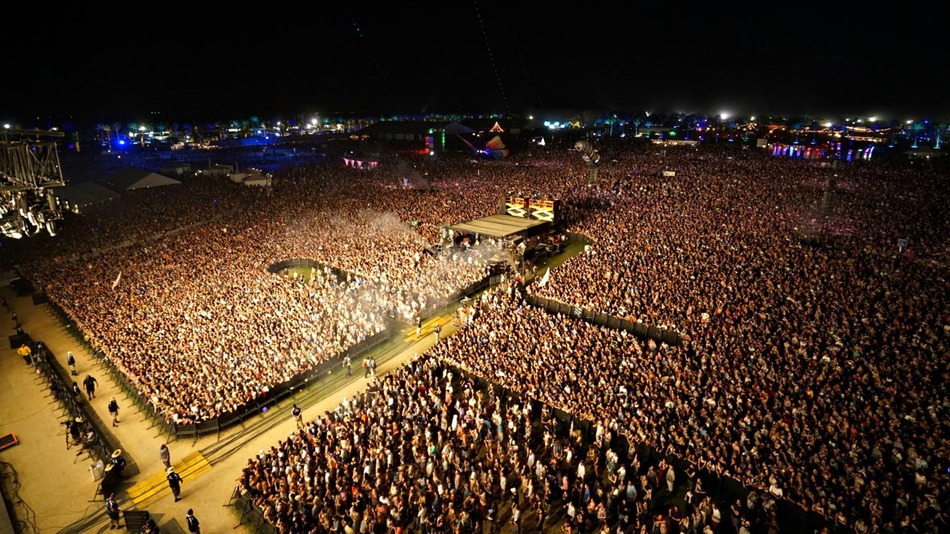 “When I saw the aerial shots, my eyeballs popped out and my jaw dropped.”

Even Kanye West was smiling big as the maestro took the stage, which is all the more evidence that EDM’s time in America has finally come.

As a special thank you, Kaskade just unveiled the official music video for his newest future house song “Never Sleep Alone” which he used to open and close his sets in Indio, California. Check it out below and be sure to support it on Beatport here.