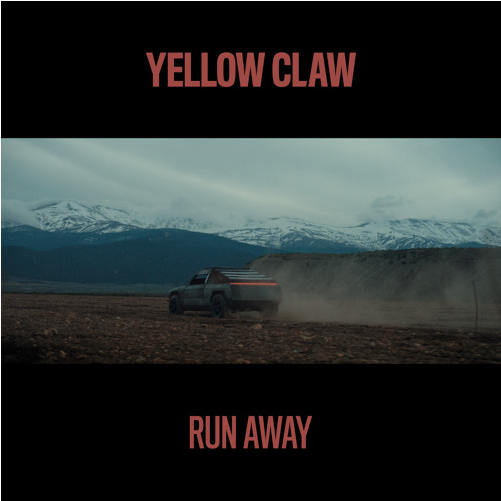 If you have ever seen Yellow Claw performing live, you’d know that they are most known for throwing down the most exuberant trap shows filled with drops and smashers galore. Personally, I never allow myself to sit still at Yellow Claw shows. It’s impossible. Hits such as ‘Techno’ featuring the likes of LNY TNZ, Diplo and Waka Flocka, ‘Till It Hurts’ and ‘Shotgun’ have been dominating charts and trap hearts everywhere. Right now the trio has been working hard on a debut album entitled Blood For Mercy. Like any artist, they are going through a metamorphosis which means that while the party essence is still very much resonant, there is a sense of calamity in their new material. ‘Run Away’ is officially the debut single for the record and it serves as a highlight of what the album is all about because it distinguishes itself from previous bangers. It is a much more soothing and mellow melody and allows the fans to see the guys in a much more explicit view. Aside from that, the song is personal, but interesting enough to jam out to without getting too sentimental. Check out ‘Run Away’ below:

For more on Yellow Claw, check out SoundCloud/Facebook/Twitter.