How Mysteryland Is Expediting the Underground Movement In The US

Electronic dance music has always played a role in shaping America’s culture, whether it was disco in the ’60s or Detroit techno and Chicago house in the ’70s. However, for much of its history, electronic music did not share the spotlight with genres like rock and hip-hop, and was forced to retreat to the underground.

For forty years, dance music thrived in the underground, in warehouse parties and illegal raves – until the late 2000s, when dance music got another opportunity to crossover into the mainstream. In 2010 and 2011, progressive house reigned supreme, thanks to the super-trio, Swedish House Mafia. Steve Angello, Axwell, and Sebastian Ingrosso helped lay the foundation for dance music’s most recent explosion (though they were not the only ones), turning dance music into a larger-than-life spectacle, rather than the drug-fueled party that the public thought it to be. Since then, dance music has steadily grown year after year, eventually overtaking hip-hop and rock on its way to becoming the pop music of this generation.

The exponential rise of dance music in the United States didn’t happen alone, as music festivals grew larger and larger alongside dance music. Festivals like Electric Daisy Carnival grew from welcoming 5,000 attendees in its debut in 1997 to welcoming over 400,000 festival-goers over the course of the three day festival in 2014.

With dance music firmly sitting in the mainstream and festivals like Electric Daisy Carnival and Coachella becoming major destinations, rather than secret raves, there has been a noticeable rift between commercial dance music and the underground scene in which it originally thrived. Artists like Tiesto, Swedish House Mafia, and Hardwell helped put dance music, and music festivals, on the map for good, while underground artists like Seth Troxler have adamantly spoken out against the rising electronic dance music movement. 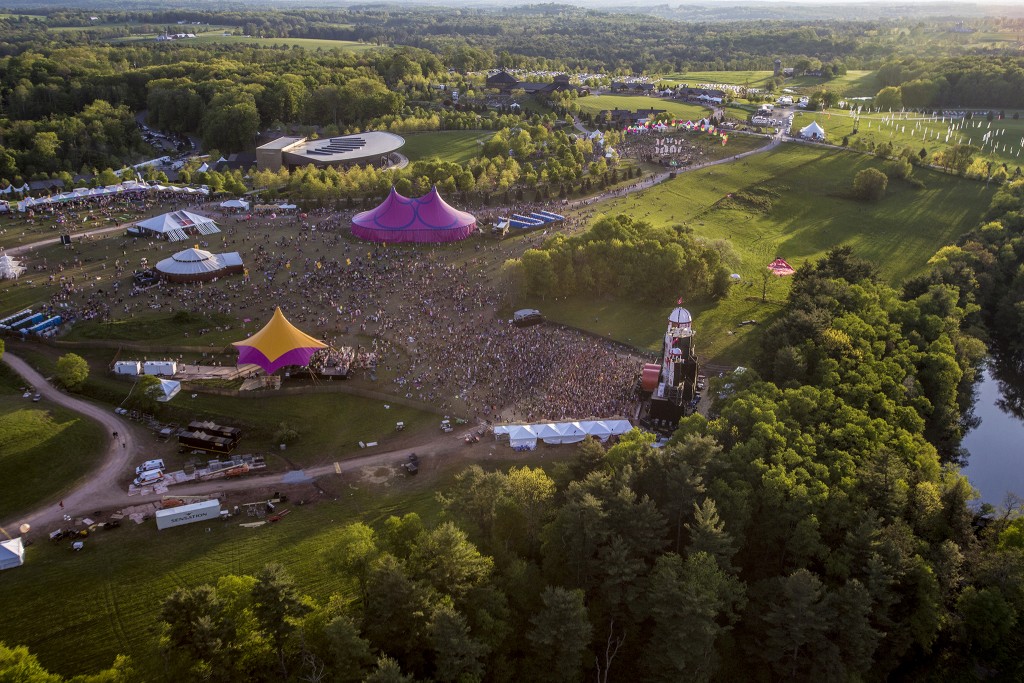 The ever-increasing popularity of commercial dance music, like big room house, has opened numerous doors for the underground scene. As more and more casual dance music fans become ingratiated with the EDM scene, many of them look beyond the offerings of commercial dance music, and eventually make their way into the underground scene. Dance music legend, Carl Cox, best explained the relationship between the underground and the mainstream when he said, “EDM’s an entry level to dance music, and I’m very happy about that. We fought so long for dance music to be respected [in America]. EDM is a sound that America has latched on to, but once people start begin going left and right of that scene, they’re going to find their Art Department’s, their Loco Dice’s, and their Sven Vath’s – and that’s a really good place to be.”

There’s no denying that, within the last year, the underground dance music scene has undergone a resurgence, as seen in the growing popularity of groovier genres, like deep house. While this resurgence can be partially attributed to the popularity of commercial dance music, much of it can also be attributed to the rising underground festival scene. Like its commercial sibling, the underground scene is thriving, hand-in-hand, with a growing festival scene championed by the likes of Mysteryland USA, Movement, Lightning in a Bottle, and more.

Mysteryland USA already has the history, location, and brand to compete with festivals like EDC in terms of production, while still staying true to its underground roots. The Mysteryland brand started in the Netherlands in 1993, and since then, has become one of the longest running dance music festival brands in the world. Held in Bethel Woods, NY, the location of the original Woodstock festival in 1969, Mysteryland USA impressed in its debut last year, thanks to its unique blend of music, art, and activities that is nearly unmatched in the festival scene.

Much of Mysteryland’s successful US debut can be accredited to the festival’s outstanding lineup. While festivals like EDC pride itself on its all-inclusive experience, often times at the expense of the music, Mysteryland puts the music first-and-foremost, searching for fast-rising talent in both the commercial dance music scene and in the underground scene. The festival is uniquely in tune with the pulse of the underground, welcoming talents like Amtrac and Oliver Heldens before they became superstars – and that’s what separates Mysteryland from the rest.

In its long-standing run, the Netherlands-based festival has grown to look for more than just “flavor of the month” artists, solidifying its reputation as a tastemaking festival. The second rendition of Mysteryland USA will welcome a diverse array of talent across all genres, commercial and underground alike. In addition to performances by artists like Dillon Francis, Kygo, and Diplo, festival-goers can expect to see Crosstown Rebels head honcho, Damian Lazarus, Drake protegé, ILOVEMAKONNEN, electro-funk and soul artists, Griz and Gramatik, techno legend, Adam Beyer, and a live performance by Empire of the Sun, amongst many more fantastic acts – a truly eclectic music festival.

One glance through Mysteryland USA’s lineup for 2015 reveals where the heart of the festival truly lies. Nearly half of the artists playing Mysteryland are firmly positioned in the underground, and the European-based festival has a unique connection with underground icons like Adam Beyer and Matthew Dear, who are both bringing their own curated stages, Drumcode and Subversions respectively, to New York. In addition to the techno safe haven that Drumcode and Subversions will be creating at Mysteryland, the New York nightclub, Verboten, will be hosting house legends, Lee Burridge and Damian Lazarus, and a slew of other groovy house artists, at a specially curated stage. For fans whose music tastes fall above 150 bpms, Dutch hardstyle powerhouse, Q-Dance, will also be setting up shop at Mysteryland, and there’s no doubt that they will bring a stage unlike any other in the world.

Tickets for Mysteryland USA are on sale here.