Exciting news, everyone! DJ Shadow‘s imprint Liquid Amber has a new release on deck and it is most definitely a juicy one. Of course, it would have to be to join the ranks of the young label’s previous releases from Bleep Bloop and Ruckazoid.

Meet Nite School Klik, a mysterious new duo making some of the weirdest, wonkiest bass music we’ve heard in quite some time. Little to nothing is known for certain about who’s behind this project; for all intents and purposes, they just stepped out of thin air. We would hazard a guess that it’s a collaboration between a couple immensely talented artists, but all there really is to go on at this point is a cryptic press shot of the two from when they were kids. Clearly, they’re letting the music speak for itself. 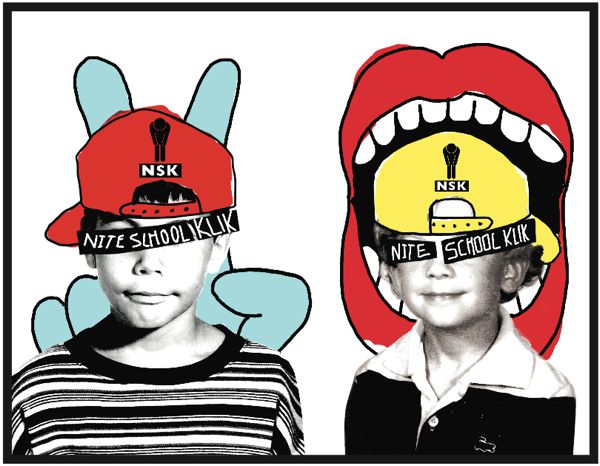 And speak it does: ‘Posse’ straddles the line between experimental trap and grime, melding several different styles into one over the course of the track. Creaky synths, echoing vocal samples, and stuttering, distorted sound effects twist and turn within a storm of hard-hitting bass. We’re going to need to steal Bassnectar‘s lingo for a moment, because this is omnitempo-maximalism at its finest. And there’s plenty more to come, as this is only the first single off Nite School Klik‘s forthcoming debut EP. No concrete release date has been announced as of yet, so you’ll just have to spam the replay button on ‘Posse’ while you try to figure out who the hell could have made such a wild tune. Press play after the jump and melt your mind.