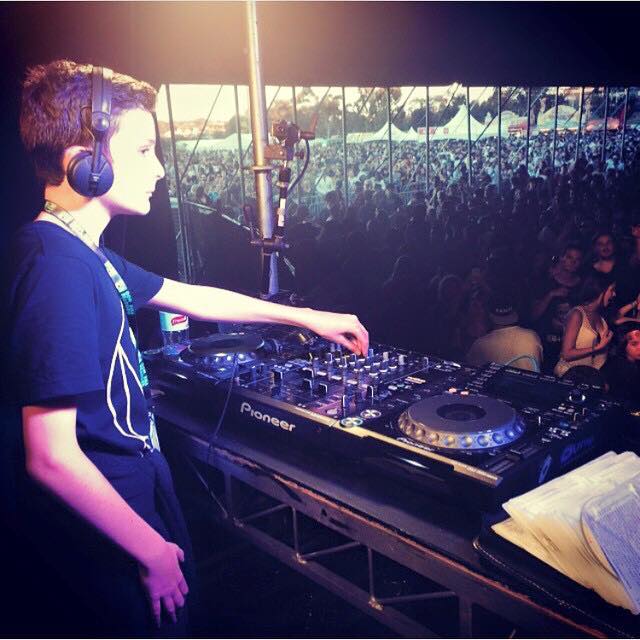 This kid is no Aiden Jude.

Australia is known for its prodigious producers and incomparable bounce, but if you haven’t heard, an 11-year-old virtuoso has recently joined the mix. Rhys Toms, known now by his DJ alias Black Summer, got the opportunity of a lifetime, as he was brought up on stage between sets during  Australia’s Groovin The Moo festival this past weekend. Triple J’s Zan Rowe revealed that this was actually a spur of the moment idea, and invited him to his booth to drop a few tracks to an unsuspecting crowd of 10,000.

Whilst this may seem like a ploy to just garner attention towards his juice box and apple sauce age, his gifted talents have even been supported by deadmau5 and fellow Australian Flume. Maybe it’s a sign that he warmed up the crowd for Carmada with his hyped original, Toxic Nirvana. Watch the life exude from his eyes below!