If you haven’t heard of Magic Bronson, you have definitely been missing out. The Los Angeles duo has been creating some of the most irreverent and indescribable music we’ve heard in quite some time, sitting somewhere between synth-pop, hip-hop, and indie-rock. They write, record, and produce all their own music, with Matthew Lieberman on live bass and Michael Nicastro lending his gruff, husky voice to the mix, while both share production duties. Their debut album Wildlife was released last November through War Cry Records, receiving rave reviews and putting them on the map in a very real way.

To keep the hype rolling, Magic Bronson has teamed up with two talented up & coming producers to bring you the Wildlife remix bundle. MyKill and Selector Science both lend their distinct styles to the album’s best tracks, pushing them fully into the realm of electronic dance music. MyKill‘s take on ‘Fences’ is light and airy, with minimal synth melodies of the tech-house variety. Selector Science makes two appearances on the EP; his flip of ‘All Night Dog Fight’ retains the grittiness of the original while adding a heavy dose of weird, wonky beats. Then things take a twerk-fueled turn on his version of ‘Go Get It’, with smashing 808 bass-lines driving synthesized brass stabs and Nicastro’s vocals. Each of the remixes is completely unique yet the EP’s progression is undeniable, making for an extremely smooth listening experience. Check out the full stream of the Wildlife Remix EP after the jump and be sure to show these artists some love!

But, wait, there’s more! If you’re in Los Angeles or the surrounding area tonight, you can catch a live performance from Magic Bronson at Three Clubs. Selector Science will be in the house as well, so don’t miss out! 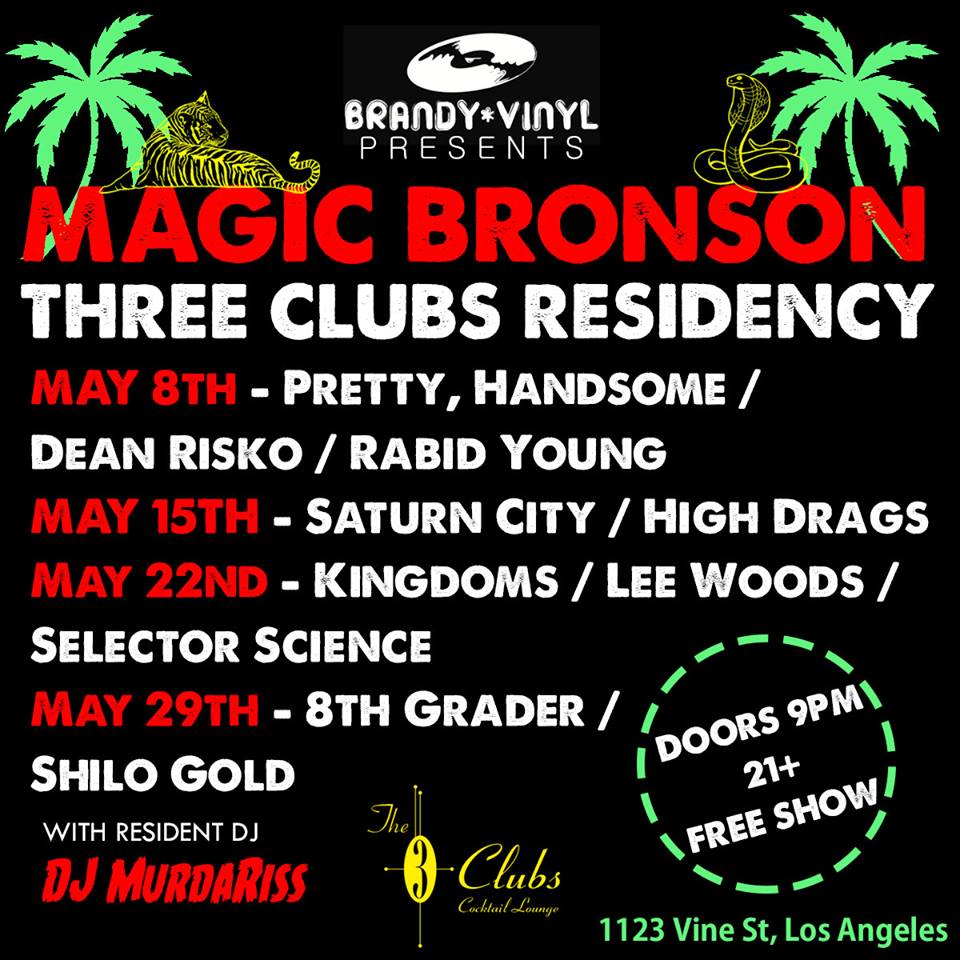