This past Sunday, I ventured to Indianapolis to experience the greatest spectacle in sports, the Indy 500, for the third time. But this time was unique. The other two years I went solely as a spectator for both the 200-lap race and The Snake Pit, an electronic music event that goes on before and during the race. This year however, I was granted a press pass for both events…and wow…what an experience. 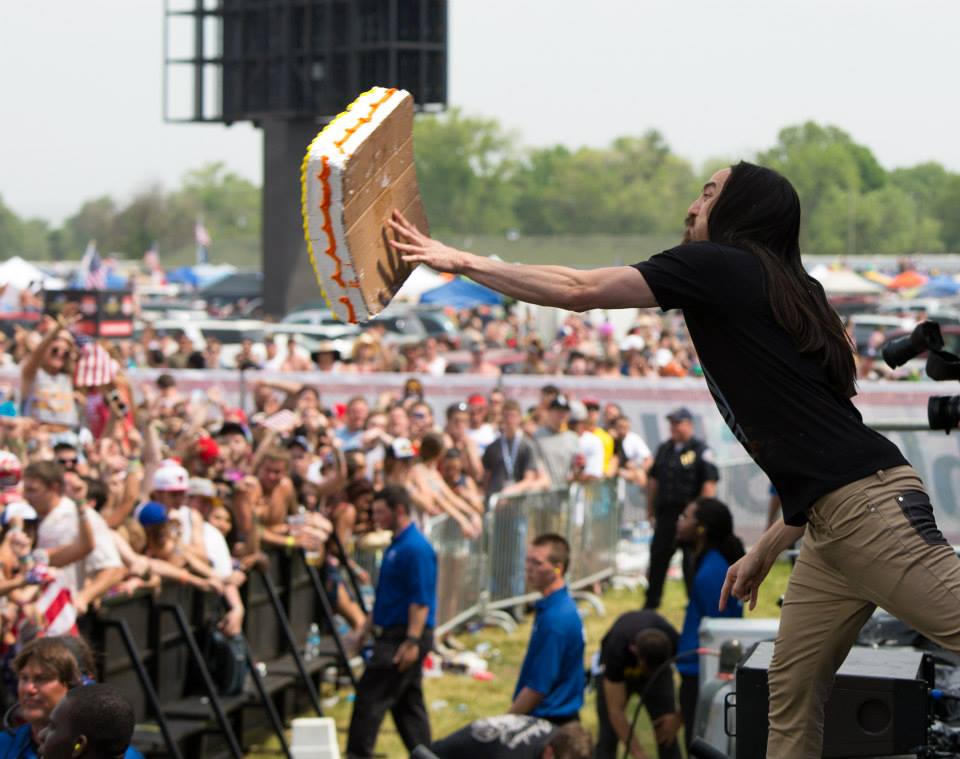 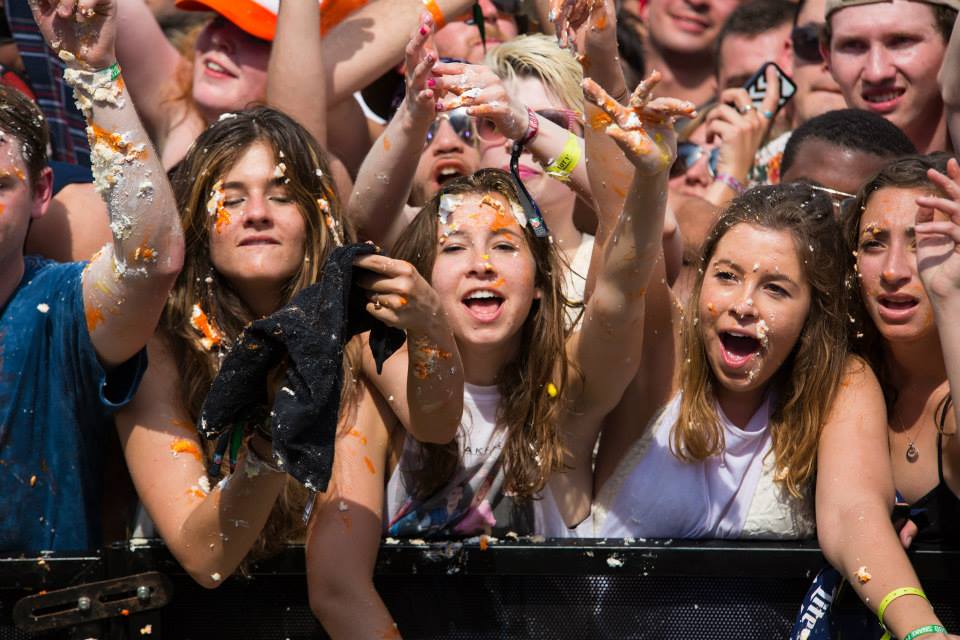 As I walked to the speedway from my roommate’s house at 10AM, I couldn’t help but to notice the thousands of people surrounding me. Everywhere I looked it was just outright chaos – cars lining the streets, kids running around the tailgate fields, drunken adults playing games. Remember this was all happening at 10AM, and the festivities began much earlier than that.   When I arrived at the speedway, I immediately walked to the infield at Turn 3…aka The Snake Pit. A-Trak was there finishing up his set, while Steve Aoki waited on deck behind the booth. Thousands of people were there watching these EDM artists perform. In Indiana, this is a very rare occasion. You could tell that there were a lot of people who weren’t in attendance for the music; they just wanted to party instead. I know this for 3 reasons: 1) they were throwing beer cans up in the air the entire time 2) people kept walking in and out of the crowd every second and 3) there was a lot of pushing and shoving involved. This was difficult for me since I appreciate the music, but fortunately I did find a handful who were singing along to every song with me. 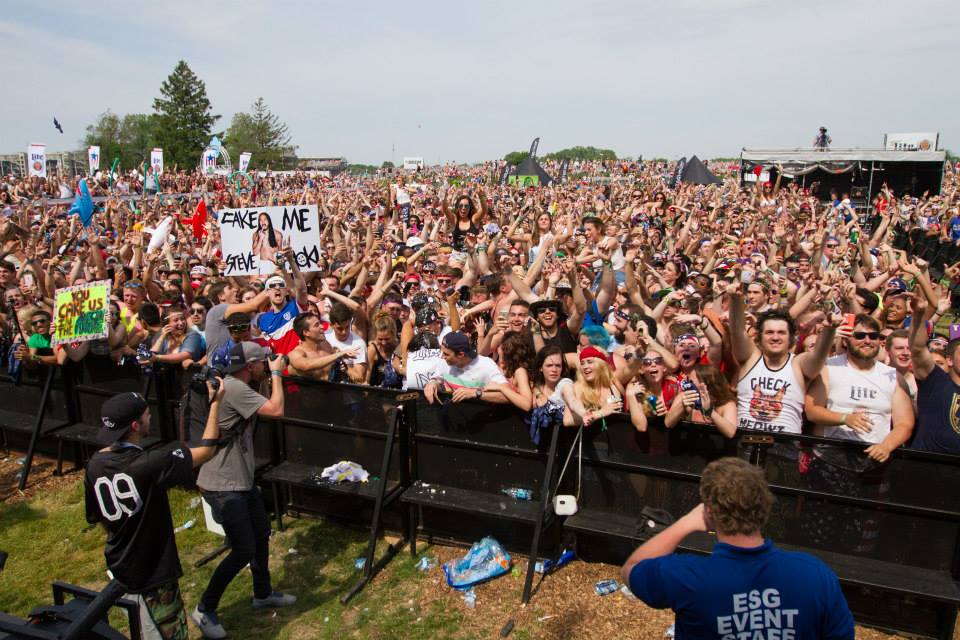 As a lot of us know, Steve Aoki is currently on vocal rest and had to cancel his upcoming tour dates due to surgery. Well, The Snake Pit was actually the last show before the cancelled dates. However, he was still on vocal rest during his performance and Oscar Wylde from Caked Up stood in the DJ booth and played the role of hype man. I left halfway through Aoki’s set to grab lunch in the media center and watch the start of the race. I decided to explore a little and found myself in the drivers’ garages. Here I watched them prepare for the race and walk to the pits for driver introductions. Little did I know that I would see Steve Aoki standing right in front of me watching the beginning of the race. In fact, I snapped this photo of him mid-air for his famous “Aoki Jump”. 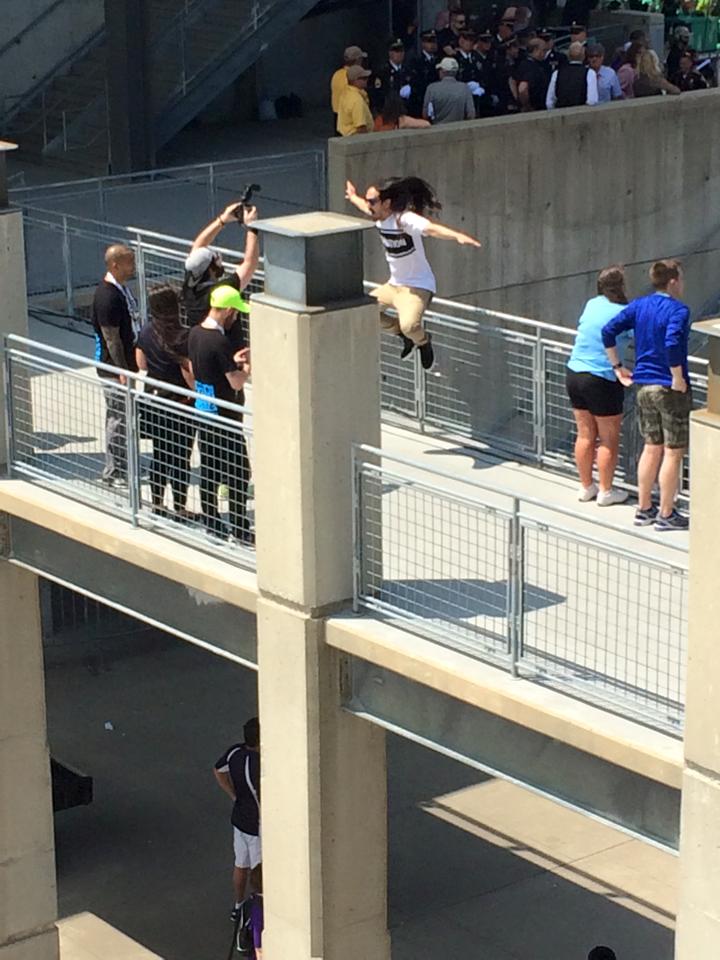 About 30 minutes after the race began, I went back to The Snake Pit to see the main headliner, Kaskade, perform. Since I’ve already seen him three times, I knew what to expect…greatness. Let me tell you, he didn’t disappoint. I ended up seeing a bunch of my music industry friends backstage, which I was not expecting because let’s face it…who comes to Indiana for a show? Apparently more people than I expected. This year’s event was absolutely one for the books and if you missed it, then I feel sorry for you. React Presents did an incredible job of hosting yet another successful show and I hope to see them presenting the 2016 Snake Pit as well. Even if you aren’t a racing fan, I recommend you come to Indiana and check out the greatest spectacle in sports, and while you’re at it visit The Snake Pit. It’s a unique atmosphere that you won’t really get to experience anywhere else. 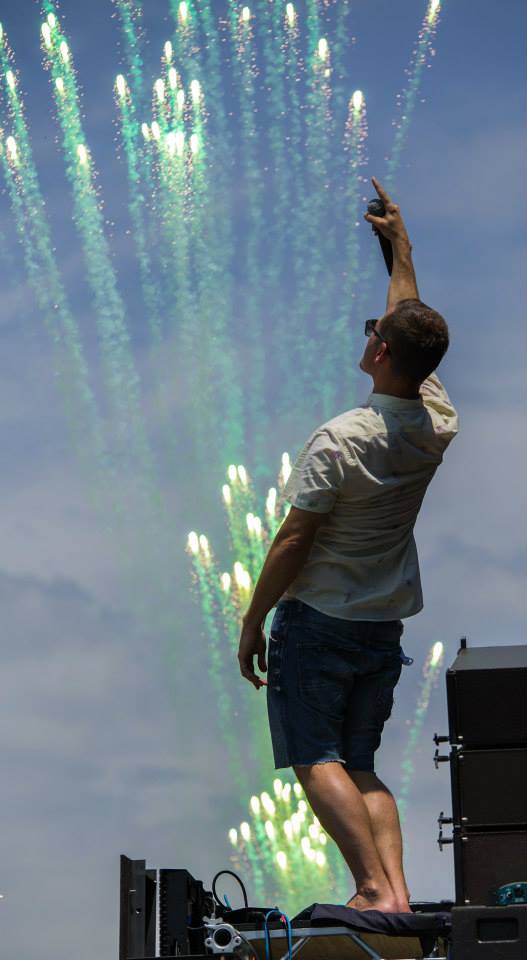 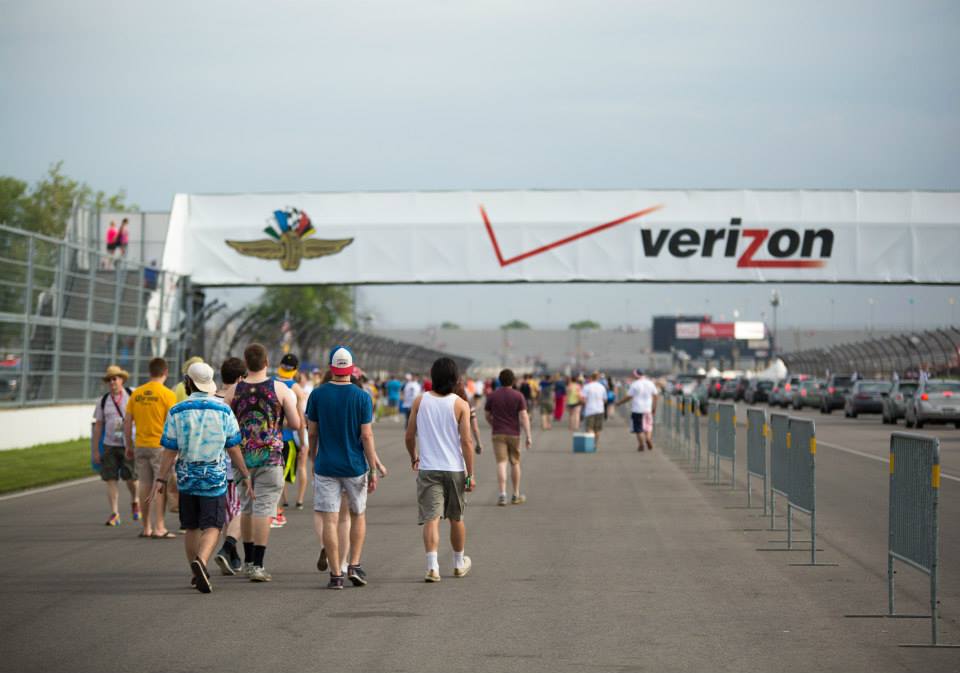 The 4 Sets You Might Have Missed at EDC New York