Your EDM Talks Moombah, Comedy, & “We Are Your Friends” with Dillon Francis [Exclusive Interview]

It was a moderately chilly evening at Bethel Woods, the home of the 1969 Woodstock and now Mysteryland USA. From a little far off, the sounds of fans cheering as TJR dropped bounce at the Boat Stage could be heard. It was the last night, but Mysteryland was far from over. After faking the alias of “Darlene” and handing him a beer, Your EDM sat down with Dillon Francis for a laugh-fueled conversation about his successes, future plans, thoughts on the movie We Are Your Friends, and whether or not he GAFOS yet.

You’re back on Woodstock grounds – you were here last year. What made you decide to play at Mysteryland USA again?

I have my management – this one guy Andrew who is one of my main managers does all of the touring stuff for me and I trust him to book all of the stuff that he knows I really like. I wouldn’t be playing the festival if I didn’t enjoy playing here.

Is it cool to be playing on Woodstock grounds?

Yeah, TJR started his set with a Jimi Hendrix tribute.

He did? Oh, that’s awesome. I think he’s still on right now.

Yeah he is, we caught most of his set! So, we want to know: Is “Diron” going to be a new alias (or is that a bit too racist?)

Oh my God. I am so happy that happened. I want to know what the process was for that happening, because there had to be someone like “What’s the name of those two guys that are going on? Poter Robinson and Diron Francis?” And that person just listened to it and for sure just wrote it down like that. And was just racist…on their own….being stereotypical. That stereotype is now confirmed. Fully.

But, [to answer your question] probably not. Spoon U – maybe. Spoon U has a better chance of becoming a side project.

Good, good. So inquiring minds want to know, we know you don’t want to be pigeonholed into moombah, but what’s going on with the moombah EP?

The first song is coming out, I believe, next month. It’s called “I Need Your Lovin’” It’s either next month or the month after.

You going to play it tonight?

Yeah, I’m going to play it tonight. I’m going to play most of the stuff off of the EP tonight. I try to announce most of them but it’s hard because I don’t really know how to announce… The last interview I did with Nardwuar, he was like, “Do you always say ‘New Shit’ ?” And I really do always say that. I always say it. And now I’m really self conscious of it after he said that. So I’m like, alright only one ‘new shit’ throughout the whole set.

Alright, well I’ll call you out if I hear you saying it.

Ummm…yeah. There’s just so much stuff with music right now it’s kind of hard to have enough energy to do it. That’s why it’s really easy to do it on Snapchat when I’m at home by myself. Recently I just haven’t had any down time. Usually when I have down time, I’ll just fuck around and do weird videos when I have a second at home and have a good idea from taking a shower.

Yeah! Shower thoughts are the best. That’s where I just want to be all the time. 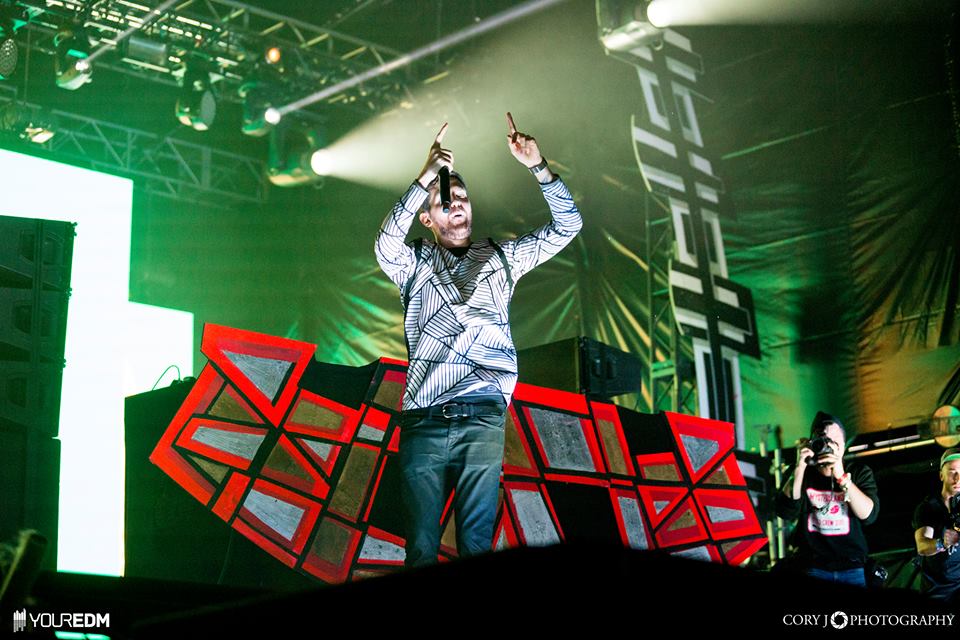 So, if you weren’t an artist, what do you think you’d be doing?

Oh my God, you would have been a Vine star.

And I would have been a Vine star! Maybe, maybe. I feel like it’s very narcissistic to say that…

If you had to choose between eating only Taco Bell for the rest of your life or never being able to eat it again, which would you choose?

If I could eat it for the rest of my life, would I gain a lot of weight….?

That comes with the territory…

So the video for Get Low recently surpassed 70 million views, did you expect such success from that track?

What are your thoughts on the new movie We Are Your Friends?

I need to see it. I know inside stuff about it through Max. I think everyone has to see the movie. I’m not going to say either, or. I need to see it, too, until I make my final decision on it. I told Max I didn’t really like the thing that happened with what he said at the beginning of the trailer about only needing minimum talent. He said in hindsight he would have definitely changed that if he would have known it [gave off the wrong impression of the industry]. I’m going to give it a chance.

Do you give a fuck or a shit yet?

No, haha. That’s why I don’t care about the “We Are Your Friends” thing. I’m just so whatever.

If you were directing a horror film made up of solely DJs, who would die first? Who would save the day? Who would be the psycho killer?

Porter would be the psycho killer. I think I’d probably die first, maybe second, because the jokester always dies somewhere around there.

Well, we need some comic relief throughout the movie, though.

Yeah, so I guess I’d be, like, third. Then maybe Diplo would die second, because he’d be the pretty boy trying to get the girl. I think the Nervo twins would survive. And, who’s the nerdiest dude in dance music? He’d be the first one to die.

…I don’t want to answer that.

No one wants to answer that! So just leave it at that! Oh, and Tiesto would also be helping Porter kill every body.

Gotta stay away from those two, then. What do you hope people are going to say about your music when they look back in 10, 20 years?

“That was cool, man. I still like that stuff.” I hope it’s not like, “Man I can’t believe I listened to that.” I hope they still enjoy it.

Do you have any update on The Dillon Francis Show on MTV, by the way?

I don’t. Not yet. I don’t want to say anything about it, yet.

Fair enough. We’re excited to see what happens with it.