In the moments before headlining some of the largest festivals in the world, David Guetta likes to bathe in silence. “I close my eyes and try to stay super calm and super bored before going on stage, so then when I get on stage, it’s like ‘boom!’ I’m completely hyper,” says Guetta to The Guardian leading up to his performance at the iHeartRadio Summer Pool Party.

As the second highest paid DJ in the world, David Guetta is often targeted as being a sell-out, but his music’s ubiquity is undeniable. You would have to be a hermit to not have heard one of his productions in the last few years, and whether or not he’s one of Mat Zo’s “rotten teeth that need to be pulled,” is another matter entirely. It took nearly 20 years before David Guetta finally stumbled upon his breakthrough hit with The Black Eyed Peas, “I Gotta Feeling.” It’s still credited being the most downloaded song in the history of modern music, but Guetta claims that the track had a bigger role in spearheading the growth of America’s dance music scene.

“That changed everything. I Gotta Feeling really changed the game and opened the doors for dance music in America. They started to play it for the first time on the radio, so not only did I cross over, but my entire scene crossed over. It was pretty exciting.” 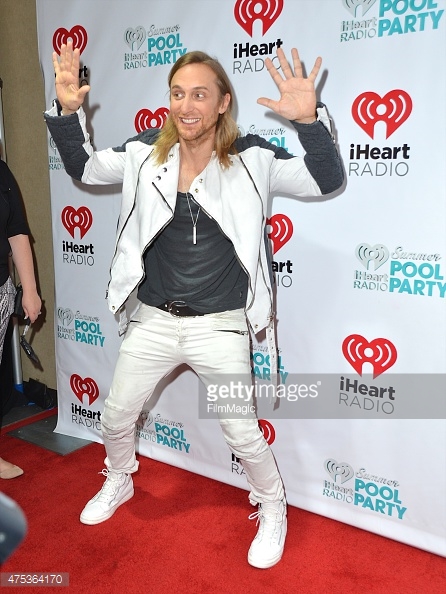 While that statement is up for debate, it’s true that David Guetta has been around a long time. As an integral part of the “French Touch” house scene, Guetta found himself in the underground alongside future superstars Laurent Garnier, Etienne de Crecy, Guy-Manuel de Homem-Christo, and Thomas Bangalter. His first production, “Nation Rap (feat. Sidney),” was released in 1990 when Afrojack was only 3 years old…

“When I started, all dance music was underground. If you were going to play house, you had to be underground because it wasn’t the type of music that was crossing over. My evolution also came with the evolution of the scene in general.”

In his chat with The Guardian, David Guetta also revealed an upcoming collaboration with Hozier, but he’s still got the jitters when it comes to releasing it, “There are some records I think are amazing, but when I play them the reaction isn’t so good. Other times I’ll play a record and the audience goes crazy.” Guetta made a point of working with the budding artist after hearing “Take Me To Church,” claiming it was one of the best songs of 2014.

Even though David Guetta may be known for booming feel-good tracks, he’s not spared when it comes to hardship. During the writing of his sixth and most recent album, Guetta was in the midst of a divorce with his wife of 22 years, Cathy Lobé. He remarks that the experience left an impression on the album, prompting a return to emotionally charged lyrics which reflect his personal life. Despite said circumstances, the Parisian has tried to keep his chin up and continue chasing happiness, just as his records suggest. “What motivates me to continue to create music is that magic moment when I’m going to play one of my records for the first time onstage, or when a song becomes a hit and everyone is singing along to it. They are some of the strongest feelings I can get in my life.”

Avicii Lashes Out At British Tabloid For Misquote

Avicii Lashes Out At British Tabloid For Misquote