At the peak of festival season sits Memorial Day weekend. With festivals all over the country competing for your holiday shenaniganery, from Lightning in a Bottle in California, Mysteryland in New York, Sunset Music Festival in Florida and more, Counterpoint Music Festival in Rome, Georgia stuck out to me in particular. With an incredibly diverse lineup with acts from all over the country ranging from The Roots, Zed, Kygo, Knife Party, Excison, Zomboy, Cherub, and many more, it was an easy choice for me to hop on a plane and fly to the other side of the country from California to what seemed like the middle of nowhere Georgia and I’m sure glad I did.

I’m a sucker for camping music festivals, just something about them gets me giddy inside. Maybe its the idea I don’t have to wonder far to catch a quick nap or re-up on cheap peanut butter and jelly sandwiches or ice cold drinks. Better yet, maybe its the communal quality of camping I enjoy most. Waking up in the early morning to the old and new friends gathered outside my tent already pre-gaming for the evenings festivities and recounting one another’s debauchery and no-goodery from the night before. Whatever the feelings may be, I knew Counterpoint was going to be something amazing.

This year was another rock solid turnout for the MCP Presents festival in Georgia, taking places at Kingston Downs in Rome; a fairly large horse tracing track with giant meadows in between. Upon entering the festival gates and winding down a never ending gravel road to the racetrack, it was apparently clear I was in the South and I couldn’t stop smiling.

Though I could sit here and try to recollect every particular aspect of this festival, I’ve found it nearly impossible to fathom the words to accurately do it justice. In turn, Counterpoint has easily become one of my new favorite must-hit festivals of the season. The people, the art, the music, and the vibe are almost a complete 180 from what I’ve been accustomed to on the West Coast festival circuit. Both the vibes of the festival in itself and the attendies we’re that of another culture I rarely see here in California. The festival had essentially zero trash anywhere, thanks in part to random patrons patrolling the grounds doing their part to help green up the grounds. Power to the people! I rarely would see random acts of sustainability like this here, maybe at more transformational burning man-esk festivals like Lightning in a Bottle or Symbiosis Gathering but this was another level. Not to mention the vibes of the festival itself, as well as everyones attitude in camping, reminded me of walking into Coachella back in 2009. Not once did I witness a couple fighting, not once did I ever see a frown on someones face, people would run up to me just to fist bump me or high five me (as I was wearing one of Diplo’s famed “Random White Dude” shirts and who wouldn’t want to high five a random white dude?)

So onto my list for the top five acts that really stuck out to me at my time in Georgia. 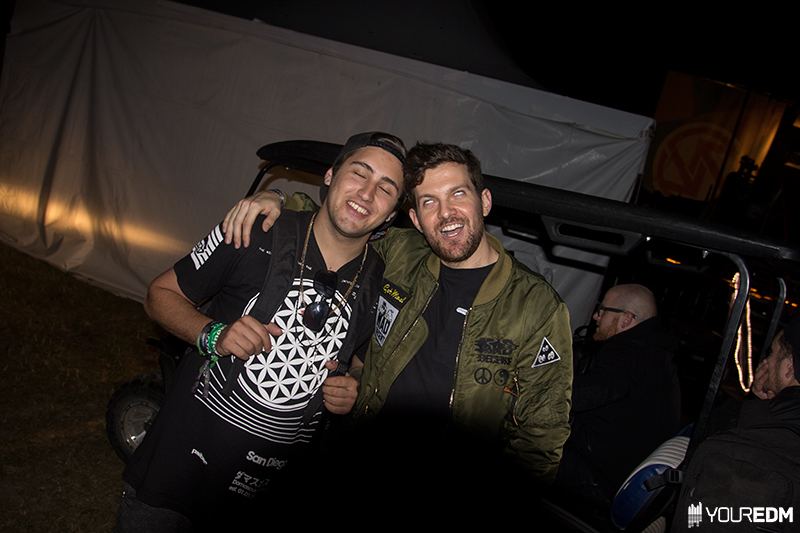 The ultimate Sharksquad homie, Sam Vogel (better known as JAUZ), has seriously been taking over the scene by storm by spotlighting the idea that artists don’t belong to any particular genres. #NoGenres! After emerging from a background of heavy music such as trap and dubstep, lately he’s been releasing more deeper styles of music with a futuristic signature sound; it has been getting more then its fair share of exposure to say the least. 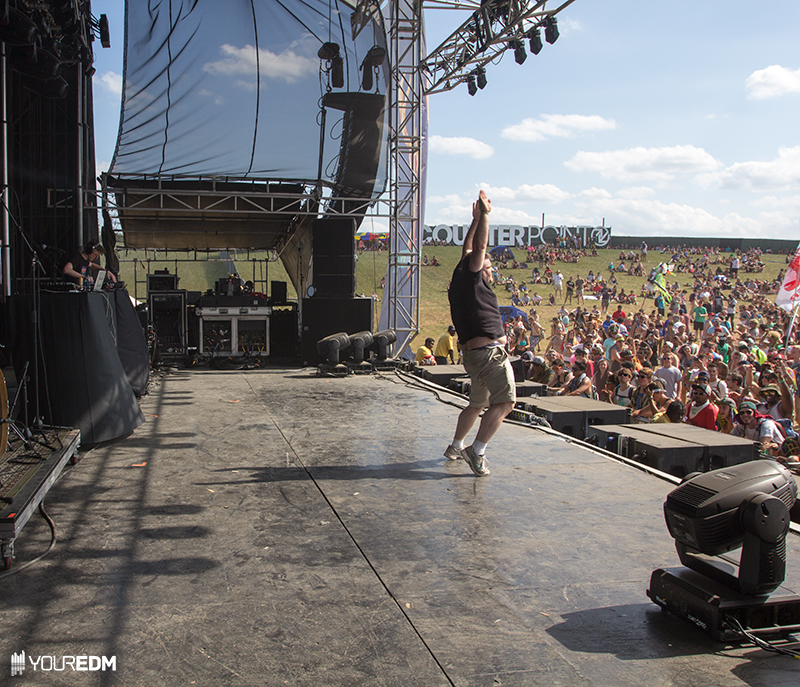 Minnesota is a young dubstep/glitch hop DJ based out of California that’s been on my radar for several years now. Originally from Minnesota, this chill homie doesn’t take himself too seriously which what adds to his super down to earth take on life. His set rocked out the Underground Stage which was incredibly packed! MCP actually brought out several contest winners to spin poi and do their thing on-stage which was entertaining to see but the real star of the set wasn’t the DJ but in turn was a contest winner who seemed to have waited his whole life for this one particular moment where he busted out some of the freshest dance moves of the weekend all while rocking out to the dirty dub vibes of Minnesota.

The Word Association for ‘TRVP GOD’ is just blatantly RL Grime. He is one of those DJs that has your pupils dilating wider and wider with every transition and every drop. It is truly something to see an a crowd of twelve thousand people headbang/traparm in synchronicity to a beat like the Love Sosa remix of his. In all, our words won’t do him poetic justice. You’ll just have to see for yourself.

The duo consists of Kye Gibbon and Matt Robson-Scott; both have been heavily inspired by the British electronic music scene and have had years of experience in the profession before coming together to collaborate in 2012 and crafting the unique sound that is Gorgon City. Though Matt didn’t make it to the festival itself, Kye held it down and really gave the crowd some dirty beats to bob to. Definitely one of the favorite sets of the weekend. 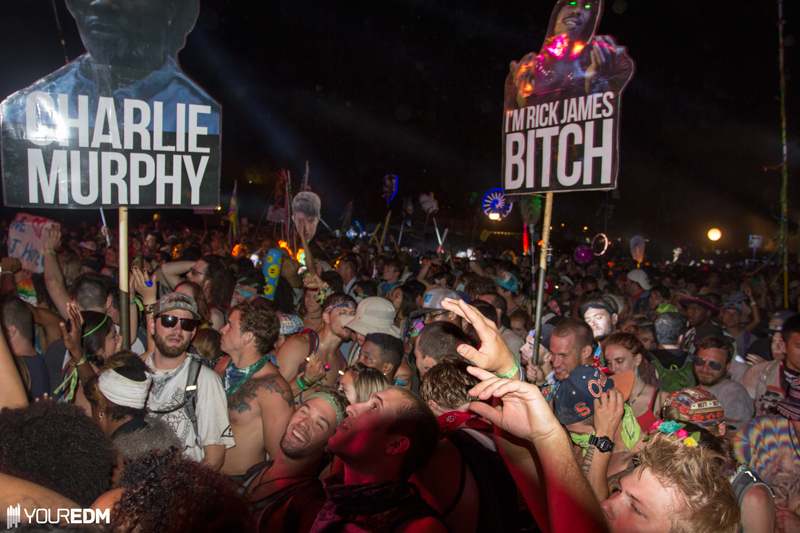 One of Zeds Dead’s most popular track is ‘lost you’ and by god that was the very last thing these two gentlemen did. Sunday night equated to one of the most engaging sets i have ever witnessed. Standing directly in front of a thirty foot tall seventy-five KiloWatt speaker array really teaches you what true bass is; the kind of bass that shakes your rib cage, the kind that grabs you by the throat and says “your ears are mine for the next two hours”. Simply the way the laser beams glimmered through the moonlit georgian summer night was enough to make the hair on your neck stand up, but oh boy when they played  their track ‘collapse’ with the entire crowd belting the lyrics ‘but you’re already gone’ louder than the actual vocal track and every hair on your body stands  you know you’ve witnessed something special.  In this writers opinion; the best productions of the entire weekend. 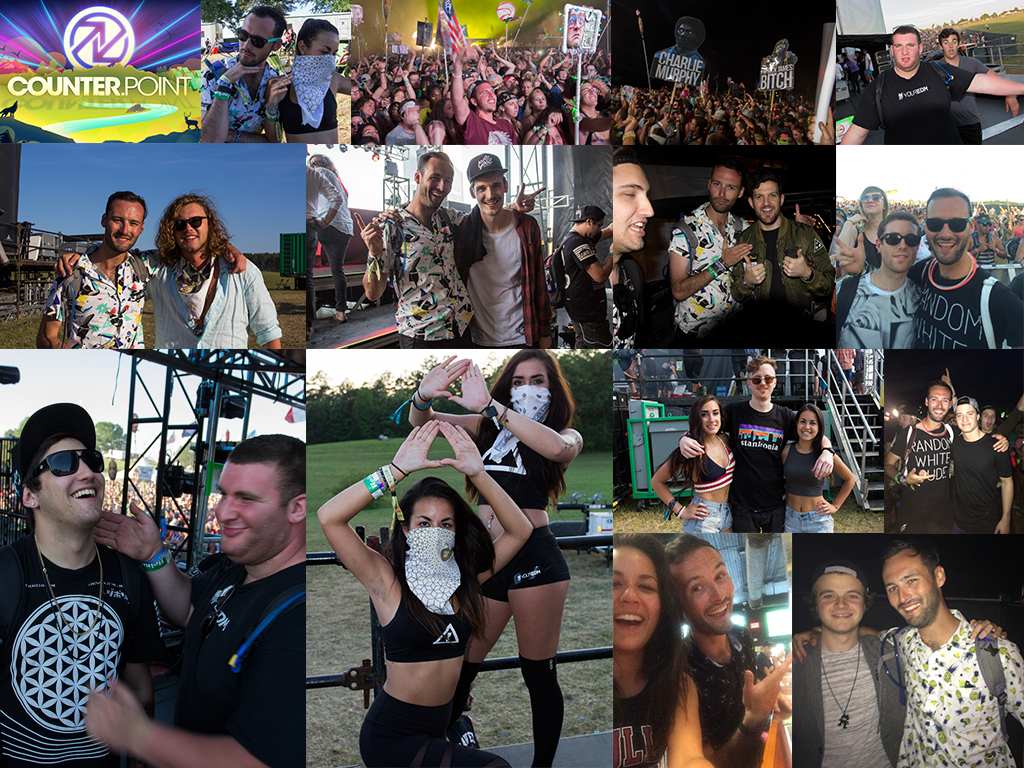 Your EDM Premiere: Boogie Vice’s “Leeroy” Is A Hot Nu Disco Take On A 1967 Classic