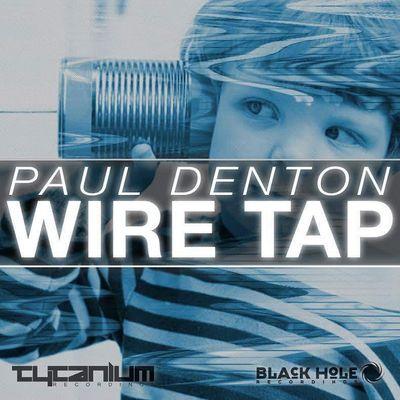 Irish producer Paul Denton has been making waves in the trance scene. He’s currently signed to Subculture, Future Sound of Egypt, Mental Asylum, Kearnage, Outburst, Tytanium, and more, so clearly his productions live up to the standard of such names. “Wire Tap” is no exception, delivering an intense energy that I can almost guarantee will make you get up and run around the block a few times.

Right off the bat, Denton brings in intense driving kicks. These alone set the tone of “Wire Tap.” Simple stuttering basslines are added into the mix, building on the hype this track has already established in under a minute. This energy continues for almost three minutes, but Denton included enough variation to keep the listener on the edge of their seat the entire time. We’re given a slight break, though short lived. The atmospheric interlude is quickly stopped by an explosion of arpeggiating synth lines, bringing that beautiful trance element this track needed. The climax brings back those pounding kick drums, this time supported by a futuristic-sounding running synth line. This really tops of the energy of the track, and it had me on my feet before I could finish writing.

Overall, the song offers a fantastic futuristic vibe. Wouldn’t be surprised if this was played at the first rave in space. Definitely worth a listen for any fan of high-energy trance!

Check out a stream below or head over to Beatport to purchase the release!