Yesterday, after reading a less than glowing review of Jamie xx‘s recent album In Colour, Wolf + Lamb producer Tanner Ross took to Twitter to voice his disagreement with the article’s author. Andrew Ryce of Resident Advisor received several very explicit and homophobic tweets, which Twitter deemed to be within boundaries of ‘abuse’. While they initially remained private, Ryce has since posted a photo of them to his own account, seen below.

so twitter decided that @tanner_ross‘s unwarranted and creepy harassment towards me wasn’t abuse, that’s a shame pic.twitter.com/vKgTf1YtsI

After the recent homophobic stunt pulled by Ten Walls, causing his removal from this year’s festival circuit, you would think that producers with as much attention would think twice before making this kind of talk public. 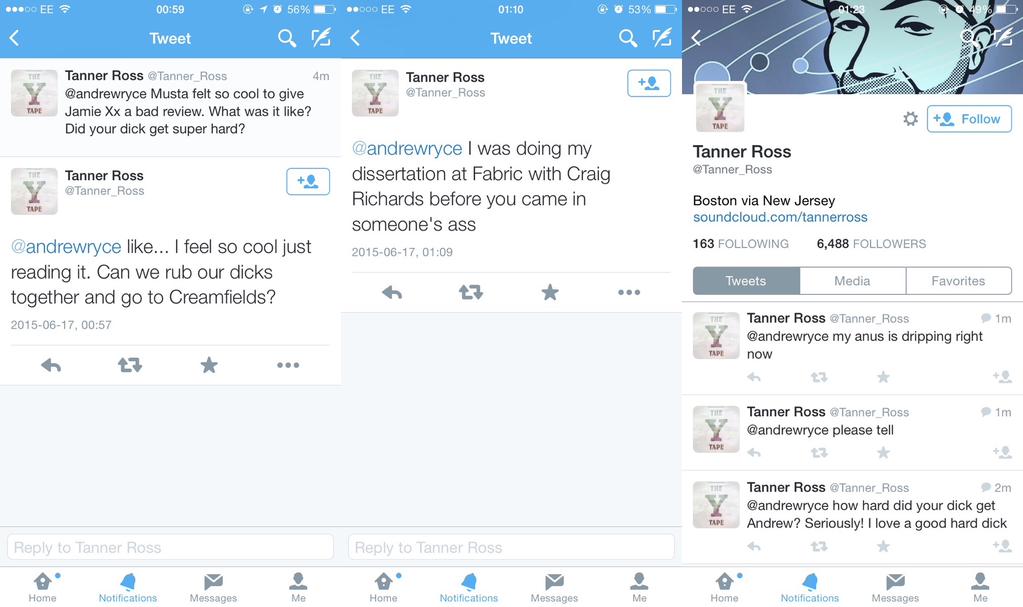 Soon after the word got out, Soul Clap tweeted that they, too, would not be supporting artists who exhibit this kind of behavior. They promptly cancelled Tanner Ross’s performance at Crew Love.

Tanner Ross will not be performing at or attending Crew Love Barcelona tomorrow.

Finally, Ross has taken to Facebook to release a brief apology for his tweets. While he denies that his words came from a homophobic place, we doubt that his associated bodies will be quick to support him again.

I apologize to those who have been offended. Attacking someone verbally is absolutely wrong but I was not coming from a homophobic point of view. There really isn’t enough words that can express how sorry I am. I truly am sorry.

Tomorrowworld Generated $94 Million This Past September