Daft Punk, Avicii, and Calvin Harris Have Some of the Best Selling Singles of the Decade So Far

We’re nearly halfway through the 2010’s and dance music’s presence is finally making a splash in the music industry. Official Charts has been keeping a running tab on the best-selling singles of the decade, and while pop music reigns supreme, there are a few surprising players that have joined the list recently. It should come as no shock that Daft Punk’s “Get Lucky,” Calvin Harris’ “We Found Love,” and Avicii’s “Wake Me Up” cracked the top 10, with the Swede coming in at #6, beating the Scot and the French duo at #9 and #10 respectively. All three are huge accomplishments, as the trio of songs were mainstream successes and continue to find their way into commercials sand terrestrial radio playlists.

David Guetta’s inclusion is also no surprise (“Titanium” ft. Sia is #15 on the list), but it’s really Swedish House Mafia, who made it to #33 with “Don’t You Worry Child” that proves EDM’s growing power in the music industry. Other dance-inspired tracks like Rihanna’s “Only Girl in the world,” LMFAO’s “Party Rock Anthem” and Nicki Minaj’s “Starships” made the list as well. And just who has the best-selling track of the decade so far? Pharrell Williams’ “Happy.” In fact, he has 3 tracks in the top 10, with “Blurred Lines” was #2. Sounds like the dance music world needs to call up Pharrell a few more times before the decade’s up. 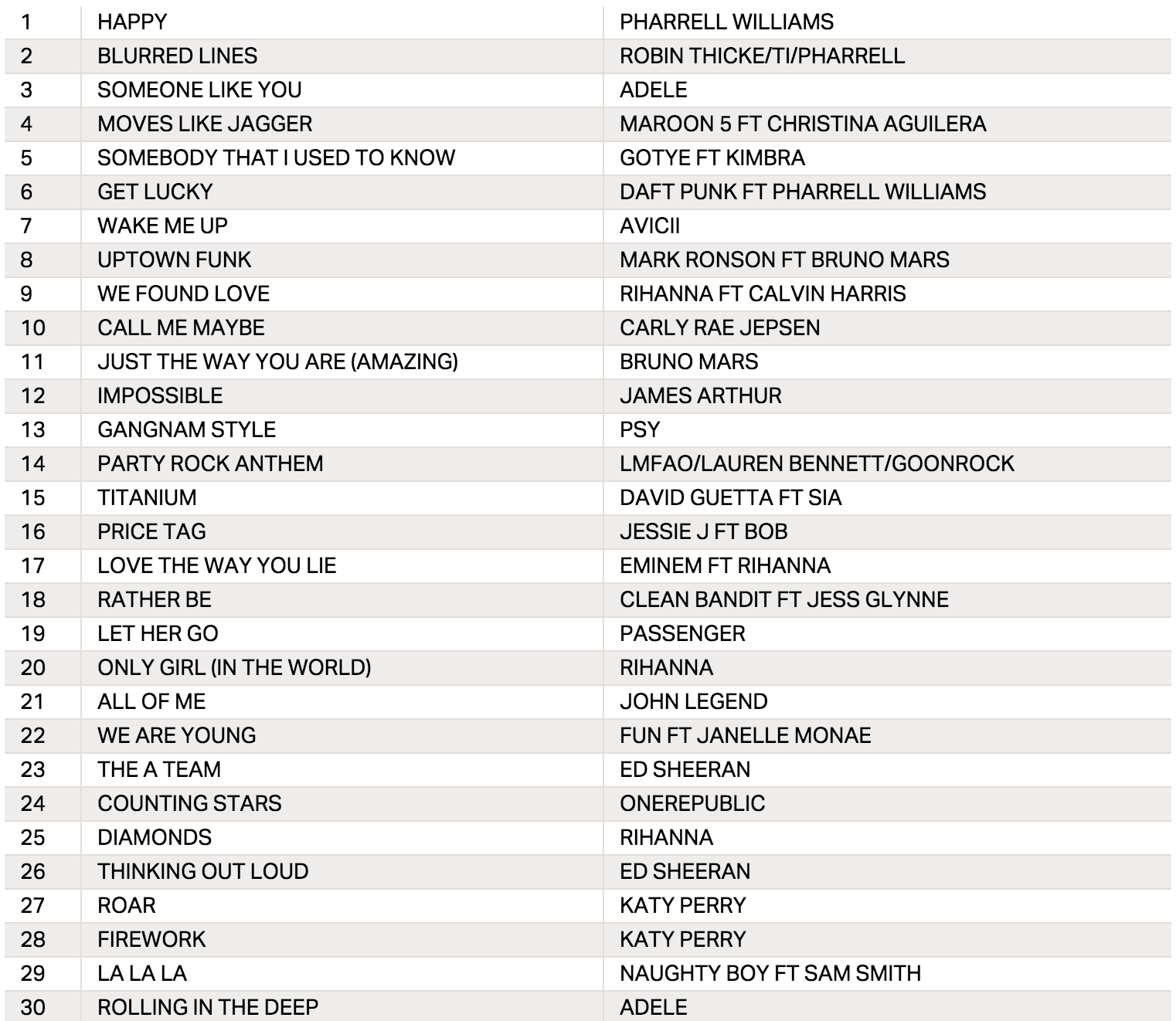 Basement Jaxx Take Over The Hollywood Bowl For Special Performance

Basement Jaxx Take Over The Hollywood Bowl For Special Performance