Your EDM Interview: 10 Minute Chat With GRAMMY Award-Winning Sound Engineer Who Has Worked With Kygo, Deorro, And More

GRAMMY award-winning sound engineer Miles Walker has produced some of mainstream radio and dance music’s mega-hits. With multi-platinum records sold across the globe and an impressive musical pedigree to boot, there was no one better to sit down with to explain to me what exactly a sound engineer does, how he aids producers in their creative process, and what it really takes to bring a hit record full circle to wow audiences world-wide for our latest Your EDM Interview.

Walker has won the GRAMMY for Best Dance Record for Rihanna’s “Only Girl in the World”, Best Urban Contemporary Album with Rihanna’s Unapologetic, Best Contemporary R&B Album with Usher’s Raymond Vs. Raymond as well as Beyonce’s I am… Sasha Fierce. If that isn’t enough to impress you he has also been nominated for his work on various Album Of The Year contenders 4 times over and Record of the Year with Katy Perry’s “Firework”. 6 other various nominations and slew of industry accolades also brighten up his amazing repertoire. Kygo, Deorro, and Felix Jaehn are a few EDM producers who have been smart enough to enlist the help of this soundboard superhero. 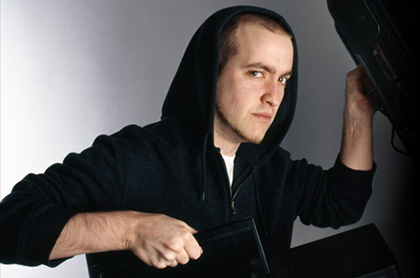 What exactly does a mixing Engineer do?

A mixing Engineer usually helps out the artist or producer finalize the sound of their song/album when all the recording and production is finished on it. They will take the individual sounds and blend them together so you can hear everything clear and as it was imagined in the mind of the artist. They can also do things like add special effects that compliment the song, highlighting special moments, or creating ambient moods that go along with the sentiment of the song or production.

What kind of education and/or skills must a mixing engineer have?

Like in all fields of music, there are schools and colleges that teach how to work in the business of record making. But also like all fields of music, it isn’t about having a diploma or straight A’s on a report card, it’s just about what you make and how everyone else reacts to it. Schools are great for learning the technical foundations of music and the equipment used to make it. I attended Berklee College of Music and graduated with a Bachelors of Arts in Music Production and Engineering, but I didn’t mix records full time until I had the experience of working with countless musicians and producers and studying how they get their sound for 8 years in the industry (maybe longer). I still feel like I’m learning new ways every day to help a producer get an amazing sound out of their imagination, and helping artists create their own signature vocal style. It’s an on going experience, but one that keeps you excited to do new things.

How many specialized people does it take to actually make a song? I believe there is sometimes the beat maker, the producer, the lyricist, masterer–I know many specialists can be involved. How is that broken down and why is it important to have different people for those different jobs?

While there are a lot of roles in record making, the exact number of how many specialist involved in each song vary all the time. In some cases, the artist, producer, songwriter, engineer, mixer, mastering, label, A&R, distributor is all the same person! Great tools for computer recording and online sales/distribution make this the case now, more than any other time in history. However, the advantage of having separate people work these roles (or at least not ALL of the roles in one) is that you get more perspective from different people, a more specialized skill set, and opportunities for an even bigger record when it’s broken up. I’m a BIG believer in the expression, “Jack of all trades, but master of none”. Personally, I know how to perform, produce, song write, program, and master records but I LOVE working as a mix engineer. It’s what really gets me excited the most in record making. So I choose to focus my time there and really specialize and excel in that, instead of spending more time in those other realms where at best I’m just an average musician. That said, one of the challenges in today’s music making is that budgets don’t always allow for hiring of a person in each one of these roles, so taking on more responsibility can be necessary to get a record out. The key is finding a balance in the jobs so you can always be making the best product, while collaborating with other specialists who can help with the areas you are weaker in.

What are some of the most popular tracks you have been a part of?

I’m not sure what people consider popular, it’s based on what type of music they listen to. For the pop genre I’ve been fortunate to have worked with Rihanna on “Only Girl In The World” “Diamonds”, “S&M”, “What’s My Name”, “Talk That Talk” and various others. I also worked on “Firework” with Katy Perry, “Come And Get it” with Selena Gomez, and “Let Me Love You” from Ne-Yo. In the Urban genre, I’ve done “Black and Yellow” with Wiz Khalifa, “Lifestyle” by Young Thug, and “All About The Money” from TI, and “Drop that Kitty” from Ty$ and Charlie XCX. In Dance and EDM I’ve worked on “Firestone” and “Stole The Show” from Kygo, “Cheerleader” (Felix Jaehn remix) from Omi, and “5 Hours” from Deorro featuring Chris Brown. I’ve done a lot of records in Country and various other genres too. I’m really lucky and fortunate to get to help out a wide variety of producers and artist work on their records–it’s great.

What is your favorite track you have been a part of?

Ahh, this is a tricky question because they all start with the possibility of being my favorite or somebody else in the world’s favorite song. I always try and approach every song with that energy and excitement–the fact that you could be making somebody’s all-time favorite song–every time I come to work. Wow. Songs that I have done that have been very exciting to me in that moment all for different reasons were “Firework” from Katy Perry, “Stranded” by Mario, “Diva” by Beyonce, and “Papers” by Usher. Each one of those songs had a really amazing moment in the songwriting stage, when it was just all coming together for the artist, and getting to be there when they were working it out, then helping them record it–that was just watching magic get born. Like seeing a unicorn. It was great.

If you could make a song with one artist, dead or alive, who would it be?

I never got to record with Michael Jackson even though I met him, and I think that would have been a real dream come true. I’ve heard such incredible stories too about his process and the way he would record. I also appreciate his contribution to music so much. It would’ve been great to do that. For artists that are alive and that I haven’t got to work with yet I am open to anybody that wants to work with me. I love the challenge and experience of all acts in all styles of music. Just as long as it’s special to them, it’ll be special to me too.

Do you have any advice for any young producers who may be reading this article?

I think that anybody who wants to be a producer should make the music that’s honest and true to them and try to tell the story they want to tell. I think it’s a great practice to follow the technique and style of producers you look up to, that’s a great way to hone your skills and learn how to craft songs, but eventually you are going to have to speak your own music voice, trying your own thing, and when you do it’s best to do something that’s unique and real. People can tell when a song is coming from a place of honesty. It comes through in a vocal, in the sound of the track, the harmony, the chord changes–all of that. And when it’s real, they believe it. Then you are on the way to making something that will stick with them forever. That’s how you cut through and make your place.